There are 3 important settings to be done in SPRO before the actual Legacy System Asset Data Transfer takes place. The status for a company code can be 0,1,2,3 as shown in the figure below: 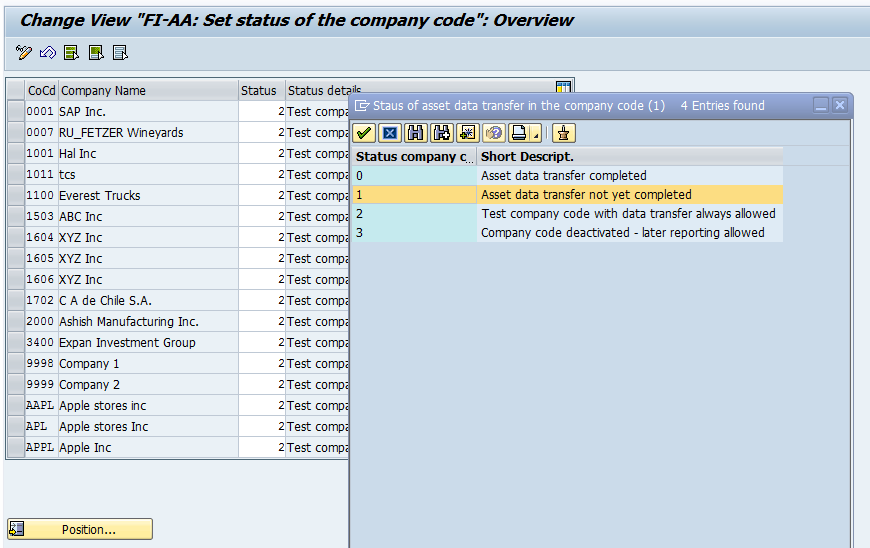 The status should be set to ‘1’ for the company code for which the Legacy System Asset Data Transfer is being done.

Note: The status to be set to ‘0’ once the Asset Data Transfer is done. 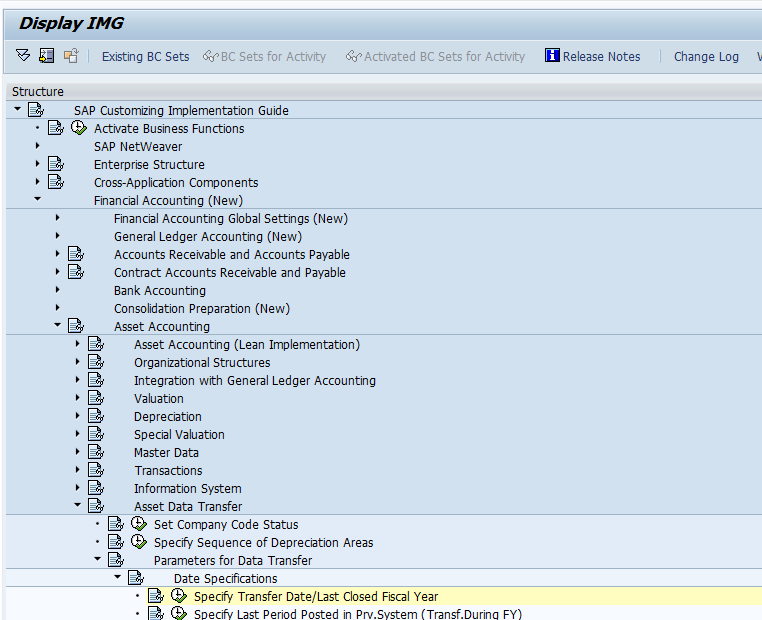 Usually, the Legacy System Asset Data Migration is done on a year end date. So, 31.12.XXXX is the date set. But, there are many cases where the transfer is done mid-year. In such a case, the date here would be a month end date. The date signifies that the values which we are uploading into the system for the Assets is as on that date. So, if the date here is set as 31.12.2014, the values uploaded into the system are as of on 31.12.2014. 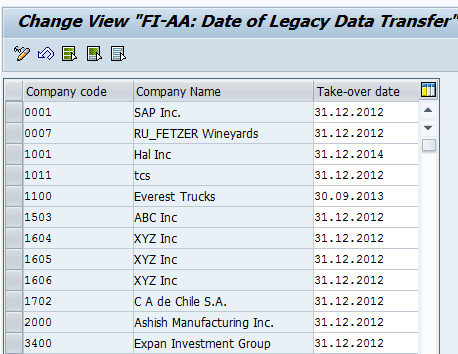 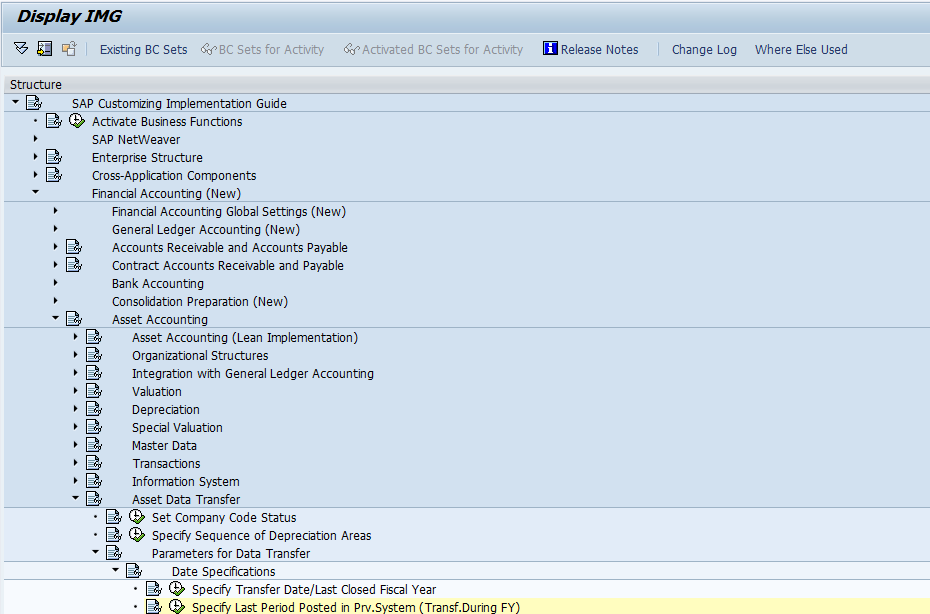 very good document thanks a lot...

if we set the status as 01, will system allow to create asset in as91?

any how it is good document.

@Venkata Ramakrishna: Indeed it does. You can try once yourself.

I have not heard this point we need to do changes status for company code.This is the first time I heard it.

can you explain me once what is the pros and cons on this setup.

Company code is in test status and one can transfer as well as post asset values.