The usual disclaimer applies that things in the future are subject to change.

The groups created, shown above in Figure 2, are more for distribution lists

Figure 3 shows data acquisition and mashup is in Lumira Desktop; SAP is looking to bring it to the browser to do full workflow in browser 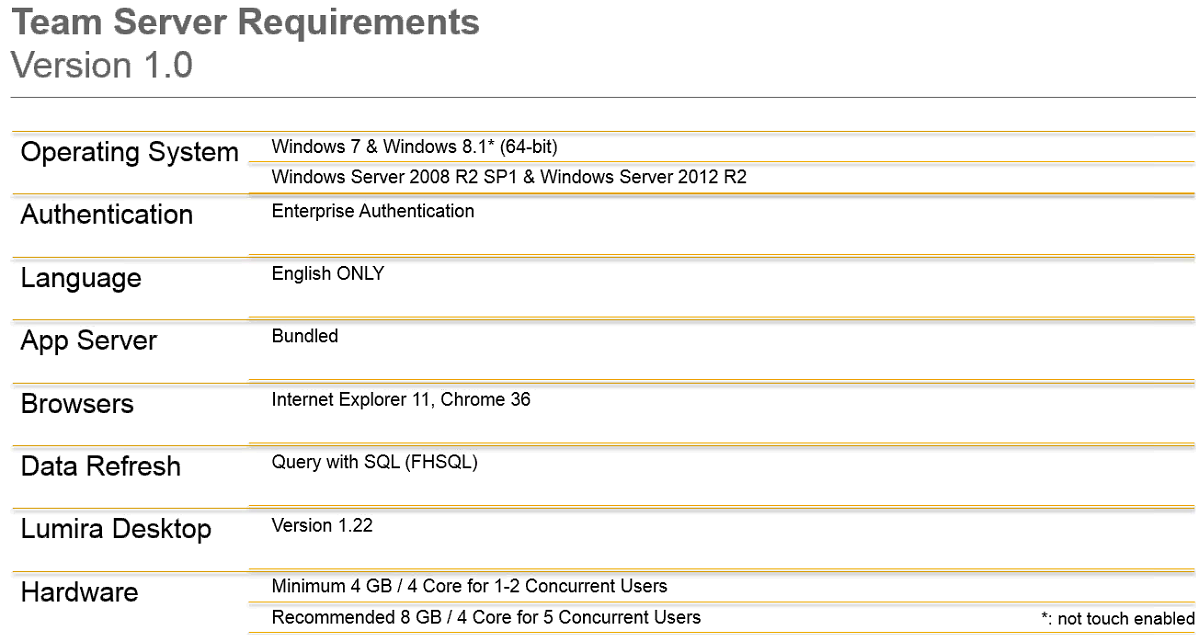 With Lumira Edge, SAP does not want to add software or hardware to the deployment 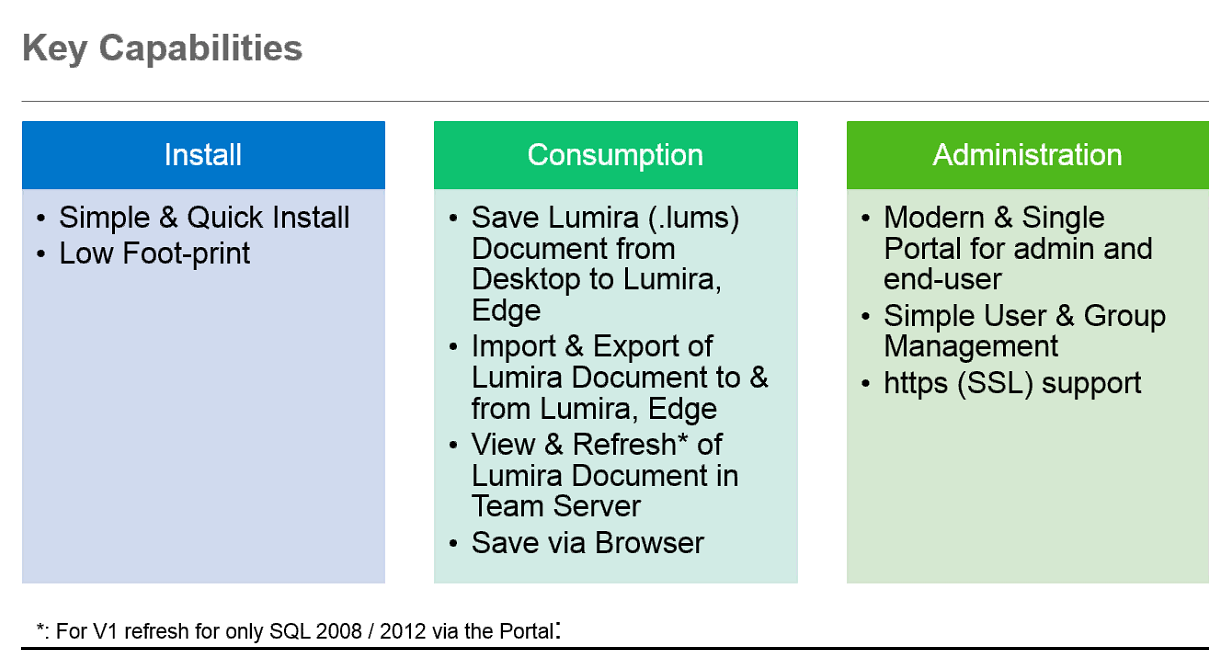 The installation is in “three clicks”, including accepting the license

You can still create in Lumira Desktop 1.23 but it will not open document in browser

The size 699MB of the installation file.

Figure 6 is the roadmap it shows what is coming in the first half.  Second half is still in planning.  Next release is April and June.

Coming is the support for refreshing additional data – 1.25

Universe refresh in the team server (in case you do not want to use BI Platform) – you connect using the extension framework (planned for 1.24 release).

In coming release, will provide a story viewer, similar to Lumira Cloud

They will not constrain any upgrade release without intermediate updates

They plan to have auto fill functionality to remember e-mail ids; you start typing a name and it auto completes.  The sharing becomes easier

Lumira server for BI Platform is coming in Q2

April 1.25 – server for teams, server for BI platform and teams at the same time

Q: Is this running on a proprietary SAP WACS?  Does the portal run on other Web App servers?

A: WACS is bundled with the installer, doesn’t support deployment on other Web apps as this would be too technical for Business user

Q: Was the browser refresh by the user leveraging a DSN defined on the server or on the client?

Q: Can I distribute the story boards on a predefined interval automatically?

A: Scheduling is planned for future release

A: Hi Josh – he addressed this – you can create the document in 1.23 but not open in browser

Q: Win 8.1 not touch enabled, does that mean it excludes MS surface?

A: Yes, touch is not enabled.

Q: Is this included with the BI Suite license from SAP?

Q: browser needs to be IE 11 only? Not below IE versions

A: Yes, we only support IE11 with the existing release. Plan to support IE 10 with Q2 release‑

Q: Inclusion with BI Suite would be very nice, as many LOB team want autonomy from central managed BI Platform.

Q: For Universe Support via DA Extension… is the expectation that Customers build these Extensions themselves, or will SAP be providing such an Extension?

A: SAP would be providing extensions for Universe. Universe support via DA extension is planned with Q2 release‑

Q: When will support for BW BEx data source be available?

A: Currently planned to be supported with June release‑

Q: Will we need to upgrade our BI Platform to add Lumira, or will it be an add-on like for Design Studio?

A: It will be an Add-On like Design Studio. Supported from BI 4.1 SP03 onwards (may need latest patch) ‑

Q: does that mean, we don’t need to rely Hana server when server for BI is available right?

A: Ramp-up – today Lumira Server relies on HANA – feedback is need something easy to maintain – new solution not require HANA‑

Q: Does Lumira Edge have any additional functionality that Lumira Server for BI Platform will not have?

A: Game is to keep at the same level; may see certain scenarios where BIP may have functionality earlier – BIP won’t have less than team. Admin functionality is different for both solutions‑

A: Scheduling will come to BIP first‑

Q: What about the BW platform?

Q: When we say BI platform, you mean BEX queries, or directly the OLAP cubes

A: BI platform is the BOE‑

Q: What BW level is required?