To color the first row of a table in SAP UI5

Each row of the table can be given a separate color according to the requirement. The way it was implemented in our case is as shown below:

A table is created with the properties as shown below. fixedRowCount is the important property when you are showing the total of the following values in the table other than the fixed one. 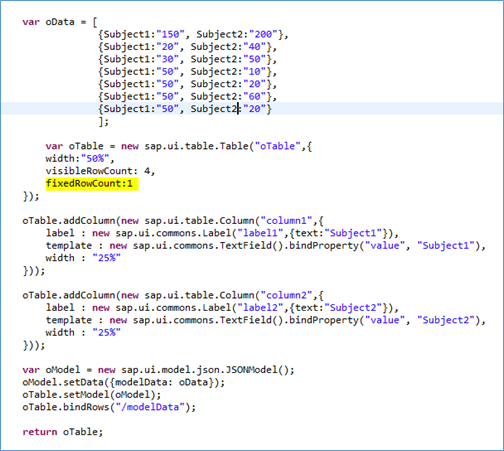 Add the below css in either index.html file or by adding the particular css in the customized css file by assigning the same in the index.html as show below in the second image.

As a result of the above implantation, the first row is fixed which indicates the sum of the values in the following rows for each column