Banco Galicia’s stated goal is to be the best private bank in not only Argentina, but in all of Latin America.  That’s a dauntless endeavor in a country with continuous economic challenges and high inflation. After all, according to Trading Economics, Argentina had an average inflation rate of 205% between 1944 and 2013, and last year after years of court battles,the nation defaulted on its debt. 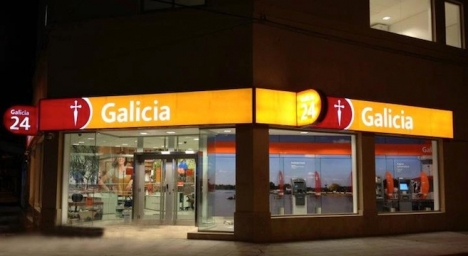 So how did a bank operating in this perilous environment become one of the premier banks in all of Latin America? One reason is that they had the prescience to undertake a multi-year, core banking project back in 2008, and they did so during the height of the international financial crisis.

Banco Galicia also faced additional challenges more recently. This tricky scenario required navigating through some anxious moments – including a huge decision made literally overnight. The scenario began on a particularly stormy Friday afternoon in Buenos Aires last February. It was the very same weekend that Banco Galicia was preparing for the final roll out of Projecto Galaxia (Project Galaxy), which would move all its savings accounts onto the existing core-banking system from SAP.

A decision needed to be made immediately on whether to simultaneously incorporate the necessary functionality to meet the new savings account requirements.  The team at Banco Galicia rapidly gathered and began checking with their “core banking transformation team” from the SAP Services organization. They rapidly needed to determine if it would be possible to accommodate the new regulations without halting the entire project in its tracks.

“Overnight we decided that we would go for it. The following day we were up and running with the new accounts in the system. It was really amazing! People just couldn’t believe it and we did it so well, so fast. The main reason was really the company behind the software. “Now the bank is really ready to get to market with new products in a very, very short time.”

With its transformative SAP core-banking solution, Banco Galicia has gained strategic planning capabilities and combined it with a fully integrated system for customer relationship and account management. One of the more striking facts was the whole system was deployed without ever disrupting business or sacrificing the bank’s trademark commitment to customer service.

Another huge impact of the solution was that any new U.S. dollar savings accounts were supported by the new features required by the Central Bank. In fact, Banco Galicia was the only bank in Argentina that was immediately able to comply with the new regulations.

Banco Galicia continues to work on improving its cash management process via currency management and optimization. Mr. Agra stated that the company has already realized big savings and believes the role SAP will play will be crucial to ongoing success: “They are the heart of our ongoing core application strategy.”

Investing in a long term plan for the future has not only increased Banco Galicia’s ability to fulfill business requirements, but it has also helped them implement their strategic vision of being considered the region’s most technologically advanced financial institution.