The new versions boasts all the powerful updates associated with the SPS9 release of SAP HANA as well as updated example applications, SHINE content and more! 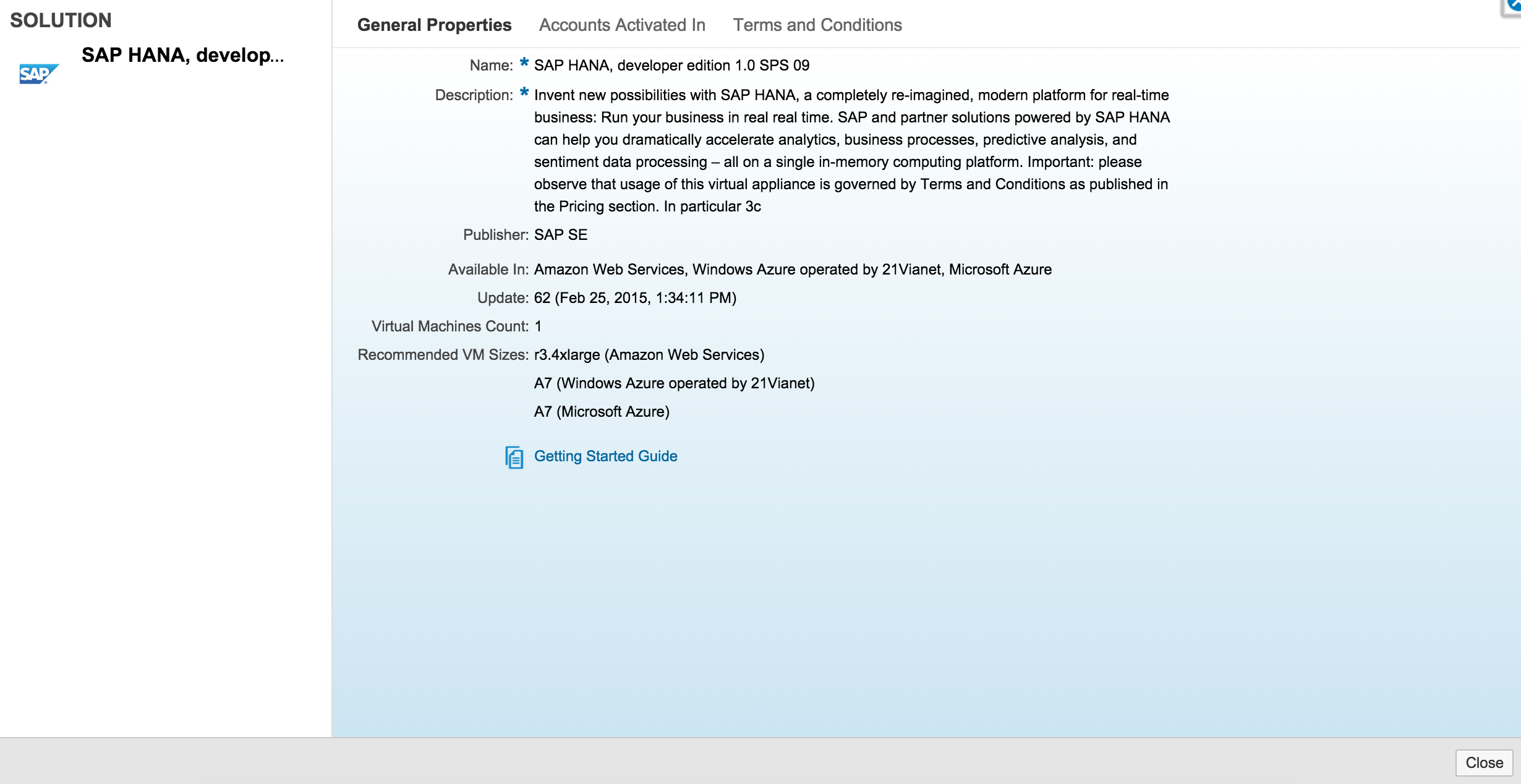 We’ve also brought back the 32GB instance as well as the 64GB.

Be sure to get your instance today on either AMAZON or Microsoft Azure. 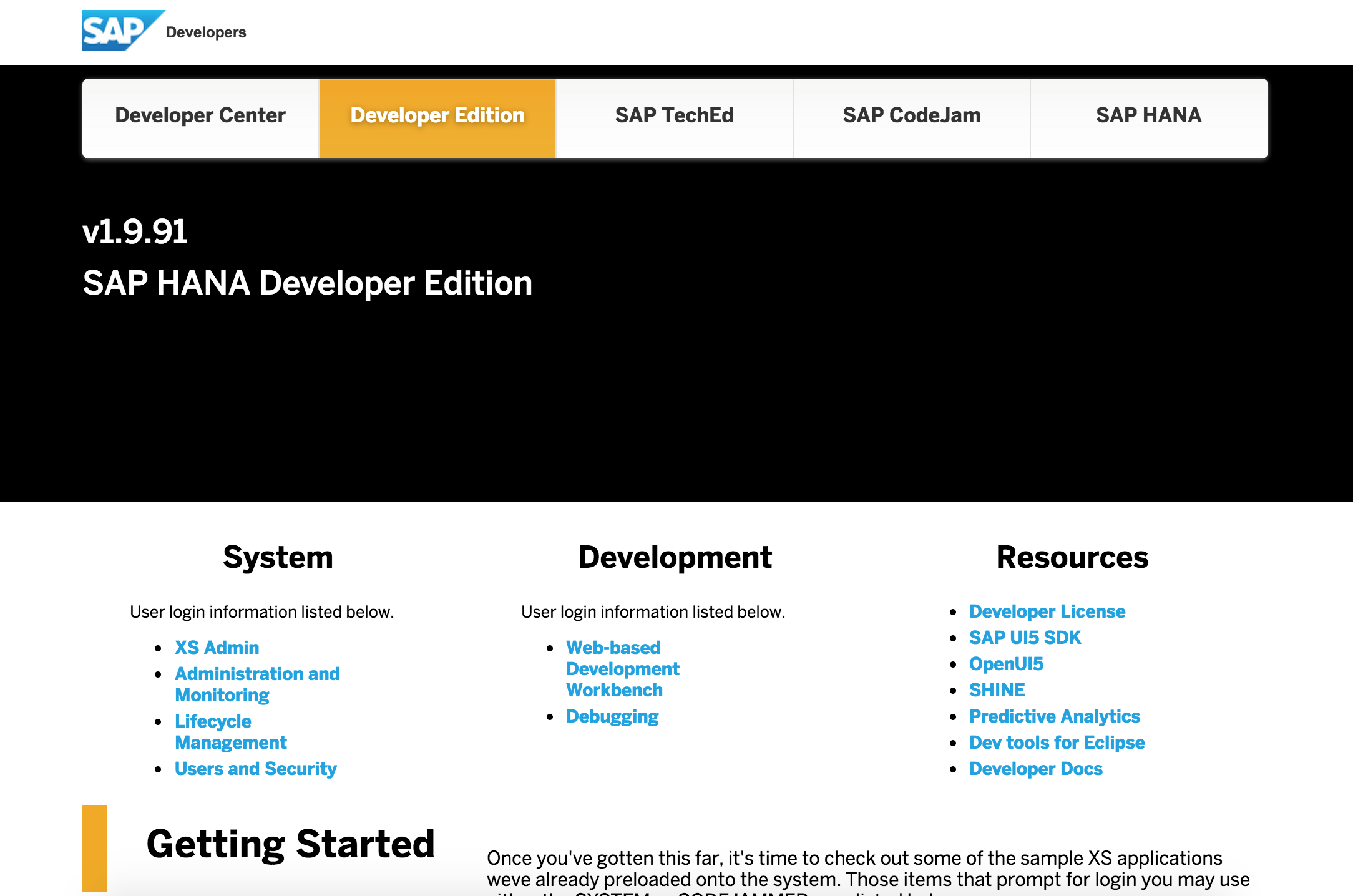 To get your own system please follow this link.

Fantastic Craig, well done to all the SAP team for validating and packaging up this release for the developer community.

thank you for setting this up. i forgot what my system user password is (no, it's not 'manager' any more), but the rest of AWS setup went without bigger problems, except maybe selecting a remote geography as it's on the top of the region list.

now checking the rest of the installation and some things look very familiar from the older versions, but there are some changes, too.

HANA SPS9 Revision 91 up and running on AWS!

Though I am still looking for the HANA Client Installer for WIndows 64-bit.

I need to set up HANA as an ODBC data source on my dev machine.

i think, from now on, it's going to be just the SAP Marketplace, but if a lot of people complain it doesn't have to be.

The official download maintained by development in the Service Marketplace.

Thank you for your reply,

Will check it out.

Thank you and Best Regards,

The developer edition does not give you that access, only those with full licenses.

in this version I cannot make a backup:

One or more services do not have the required status

Following services do not have the required status

This is probably related to the fact that the statisticsserver is now embedded?

Thanks for your help,

EDIT: ...or is it embedded? looks like there is no statisticsserver?

The standalone server is deactivated. To lower memory consumption.

Actually I was able to perform a backup:

So i tried enabling the old statistics server in daemon.ini. The statisticsserver showed up in landscape but "Detail" was only "standby" but not "master". I was also not able to query the tables in _SYS_STATISTICS schema. Also, backup was still not successful because of orphaned volume in topology.

So i decided to remove the statistics server again. Simple setting instances to 0 in daemon.ini does not work because the server is stopped, but not removed.

Based on this thread Stopping Scriptserver I did the following steps:

After these commands, the statisticsserver was removed again AND I was able to perform a backup.

You will need to review all of your configuration settings now and adjust if you have reactivated or changed those settings - otherwise you may have fatal memory errors.

We are planing our upgrade from HANA ONE 85 to 90... So, how is the backup of the embedded statistics server handled in a productive environment.

Thank you very much and Best,

The backup process should actually not be broken so there may be another issue with system configuration.

The backup would normally actually result in a smaller backup.

Just to clarify, for those without full access to downloads on SAP Service MarketPlace (folks may have a work S logon but disabled for download), is the recommend install of HANA Studio a base Eclipse followed by software update, as per links below?

Are the tools available via tools.hana.ondemand.com/luna compatible with latest versions of HANA DB?

Or is it preferable to download the HANA Studio package from HANA DB folder /hana/shared/HDB/ that comes with an AWS instance?  I note that there doesn't seem to be an application or exe to launch?  Is this version 32 or 64 bit?

Any preference/recommendation on above option to take, or they both achieve the same result after software update via tools.ondemand?

Recommended is the Eclipse and then the plugins. Also the embedded SAP HANA Web based Development Workbench is really great to work with as well.

And what about the SAP HANA client ?

what about it? it can be obtained through SMP and still has 'things' that are not available through Web IDE, but that difference is supposed to diminsh over time?