In a tutorial video from the SAP HANA Academy Philip Mugglestone shows how to create a new SAP HANA database table that will contain the tweets we will analyze. The table’s data will be populated in real-time via the Twitter API. Watch Philip’s tutorial video below. 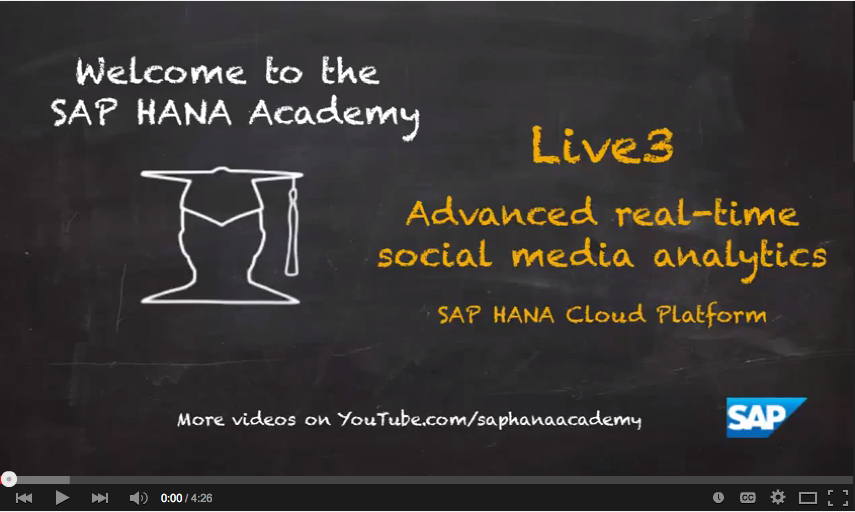 First ensure that you’re in the proper schema by following the steps in the previous video. In the scripts folder of the Live3 course Github code repository open the file called 02 setupTable.sql with Notepad++. Copy the syntax and paste it into a SQL console in Eclipse.

We will create a column table to better take advantage of SAP HANA’s amazing power as a columnar storage database. The table name, Tweets, is in double quotes as we are using a mixed case title. The syntax also defines the columns in our table including the text, language, user, and location. The primary key will identify each individual tweet using VARCAR with a 256 length. 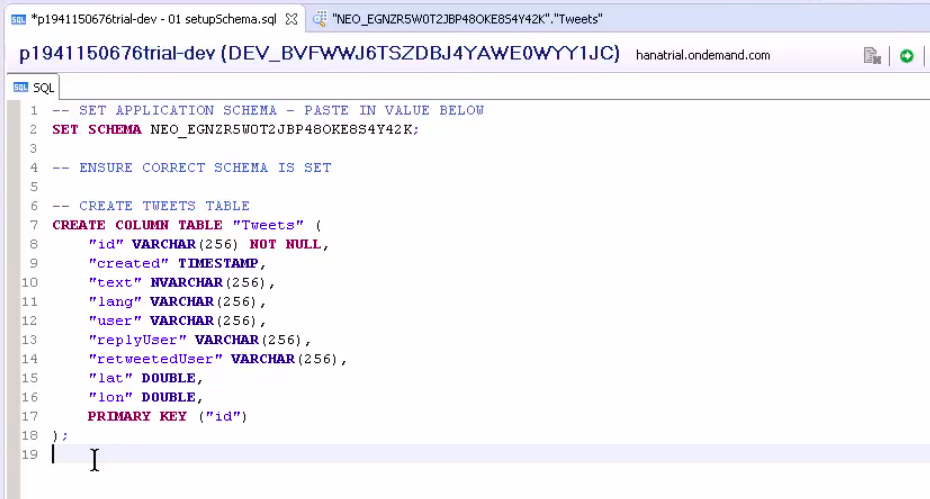