For all who do’t know Barry Allen , he is Flash , a superhero in the DC Comics universe .When i put in the context ,SAP HANA for me is the Barry Allen for ERP world ,lightning fast and capability which can give you super power over traditional database , operations and use cases which previously were compromised in certain way now does not need to settle for less and possibility are endless  , speaking of which we recently saw this in action in the ICC World cup

It was 22nd of Feb 2015 , i was watching Indian team in the field batting against south Africa in there 2nd world cup match , and the opener Shikar dawan was cruising for his first century in world cup  and the new thing beside his new hair cut was there were so many statics which were introduced for first time like the weak spot , the strike rate of Dhoni in last 10 over in world cup , the average of the partner ship when the two batsman played against south Africa before and it was something very new and i wanted to know more as it give you a sense of predictability in times of uncertainty.

So i jumped into the STATS section of the website(icc-cricket.com shown in the Television), UX experience was quite simple as i could find the stats relatively easily , but for my surprise when i entered the stats section there was no response for first 5 min 😕 , i was confused for a while and thought of opening the console , as the software developer inside me want to know why and to my surprise what i saw something which would have been a night mare for a guy whose is responsible for getting the things on place . 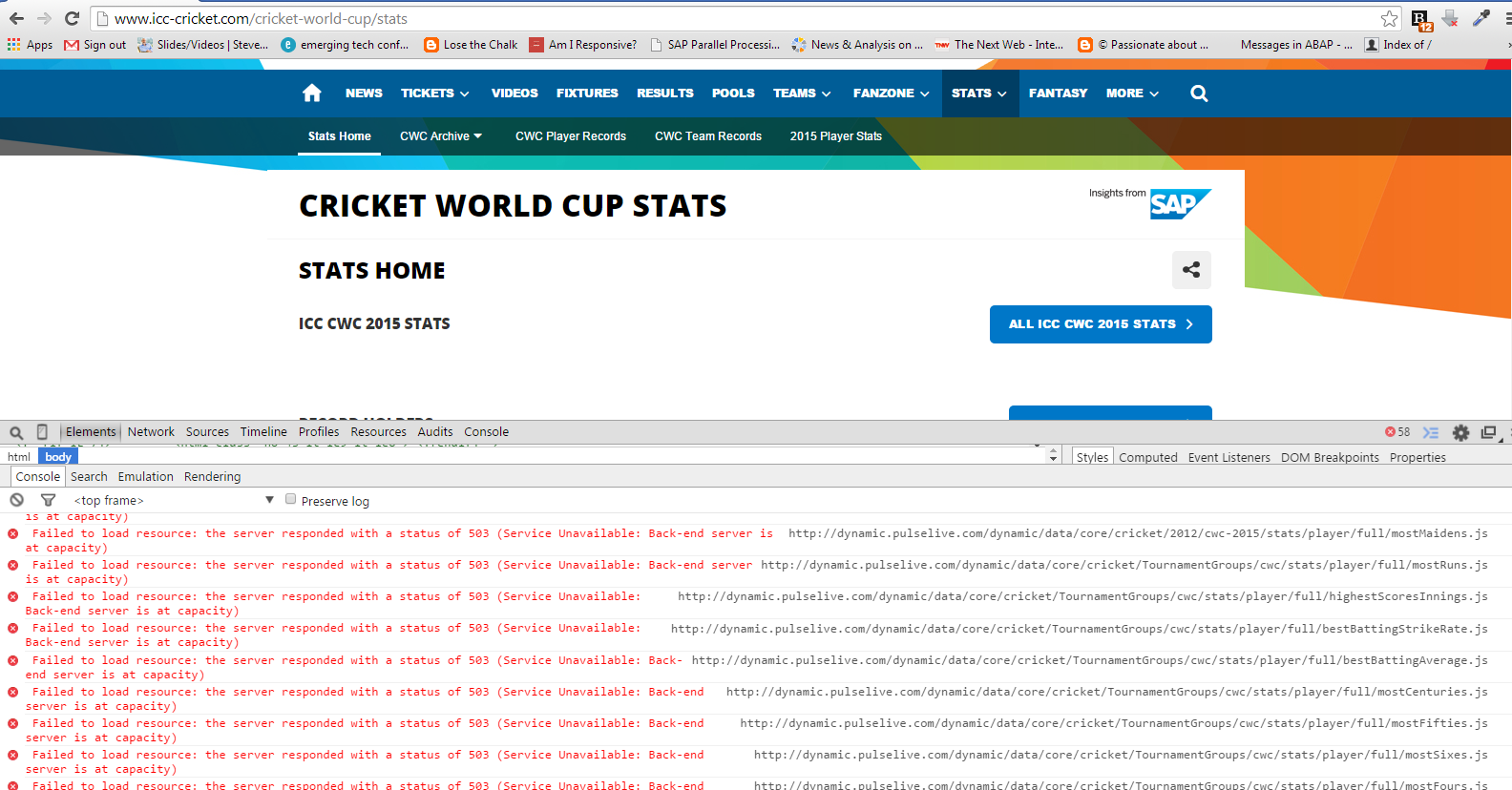 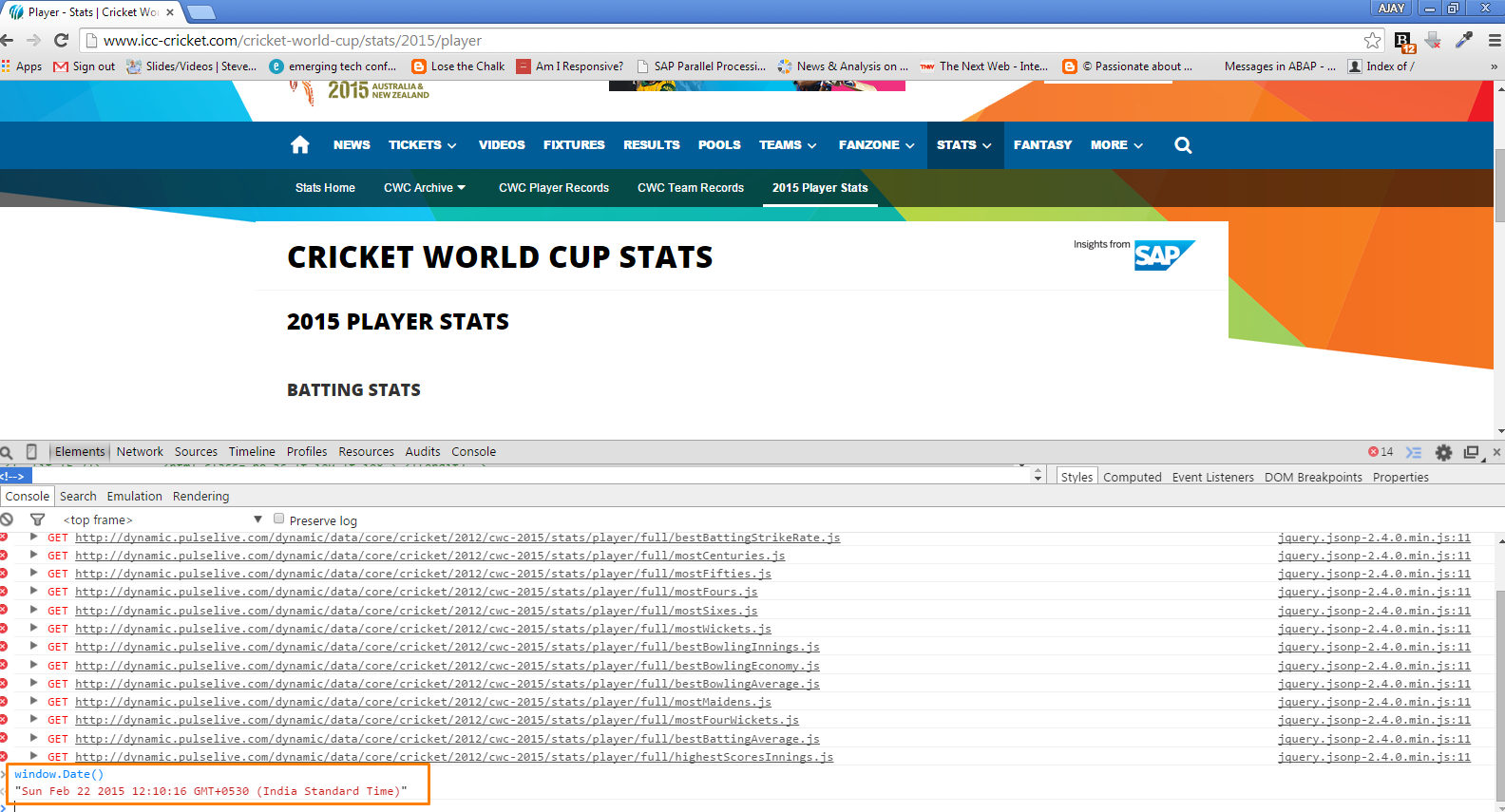 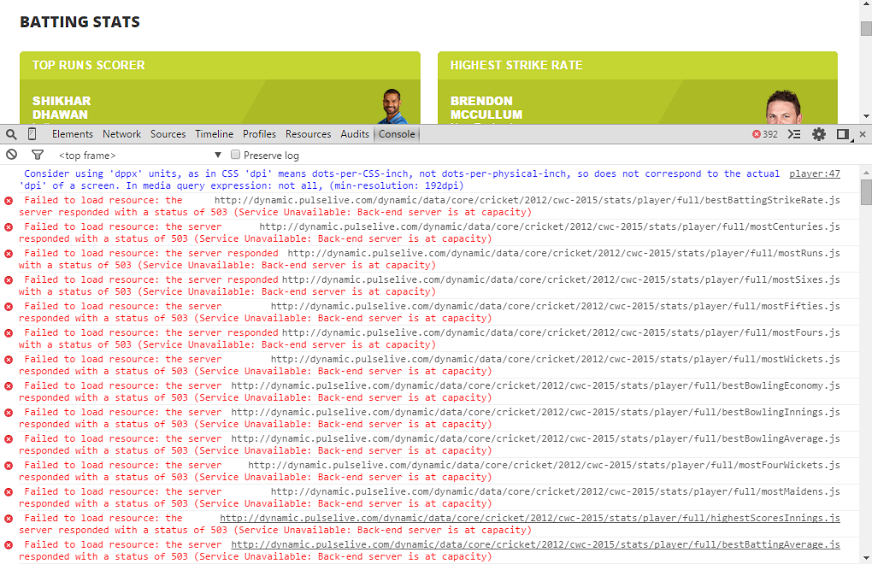 I started thinking is it a good news or bad news , how many more Cricket fan like me are checking these cool features , in the meantime the match was in a very exciting stage , Indian batsman were keeping the score board ticking .So i also decided to keep going on the journey of exploration so i fired the postman and start cheeking the time and started putting the URL which might be hitting the HANA system , the news was not that exciting  too 🙁 , it was taking 30 sec to get any result from the system : 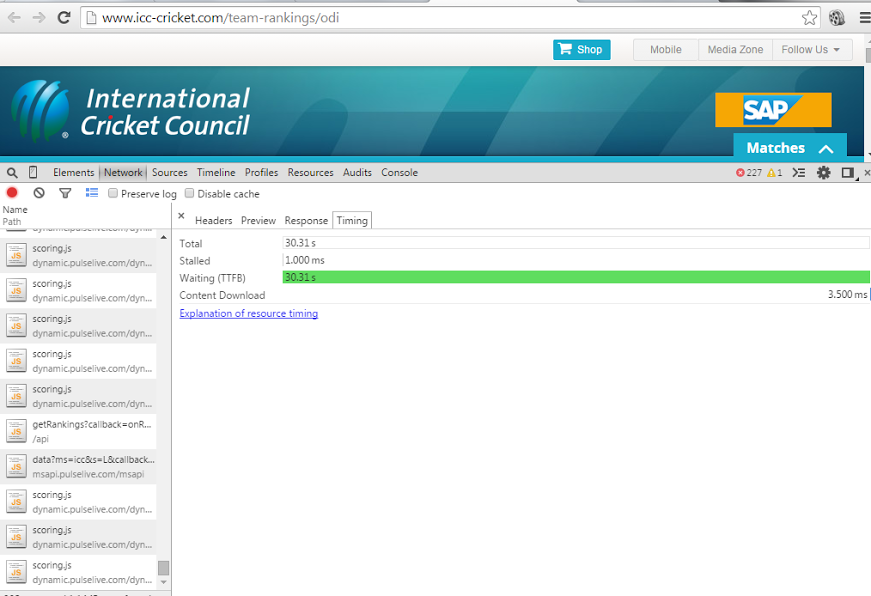 Finally i gave up and focused on the Television for a while , after the first inning was over I went back to see how things are and everything was working as it should be  🙂

It was the load on server which was causing the issue as waiting time for the query to HANA system reduced to 5 sec. 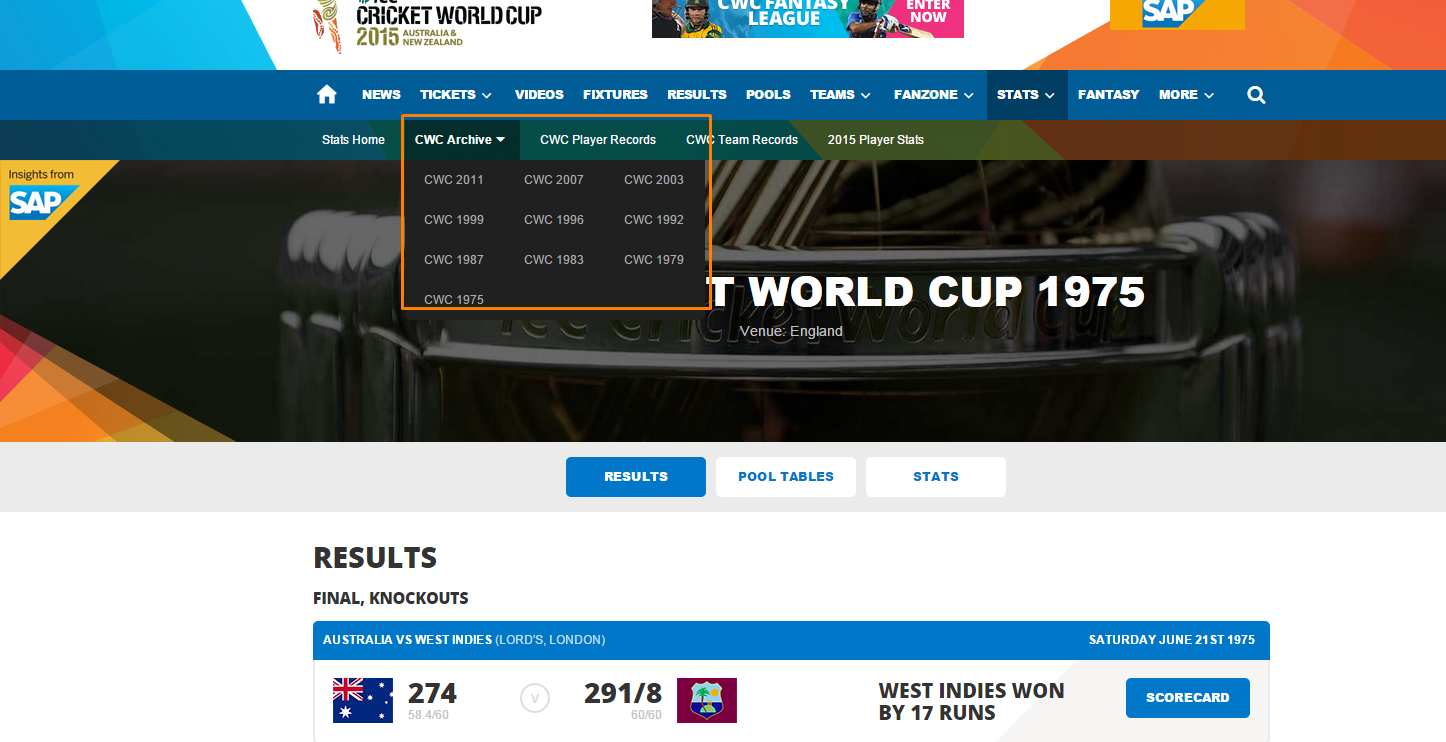 The UI and UX presented  is really impressive and responsive 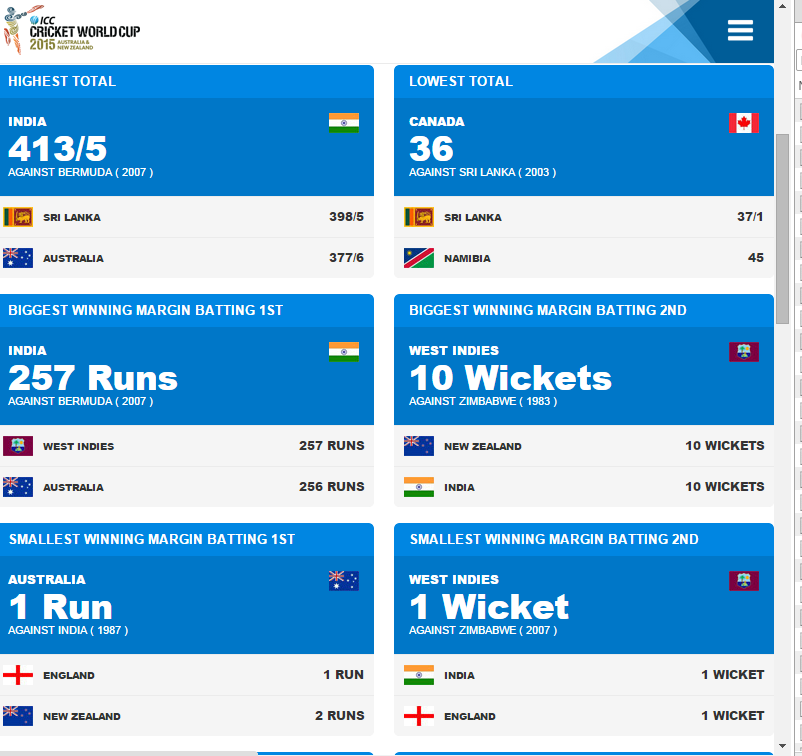 and for mobile version : 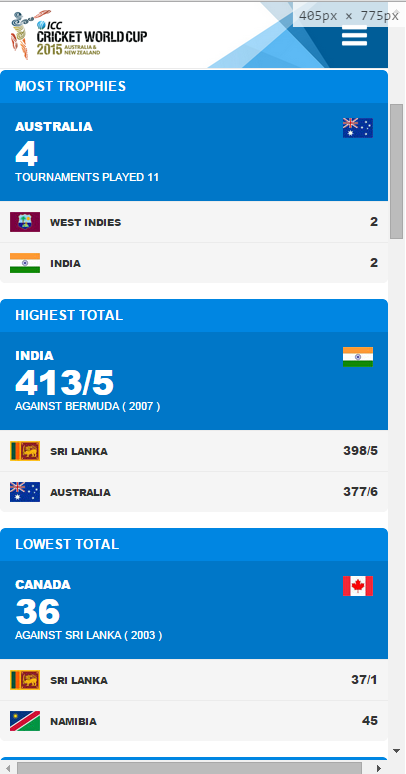 To sum up this brief case study of the SAP cloud insight in ICC world cup 2015 , my final words would be that our Barry Allan (Flash) have arrived and is ready to take on the real challenges of the world but some of the learning is still along the way to be more better and more faster 😉 .