Droids are taking over. Are you prepared?

ROID.” Had robots taken over the office?

“DROID…DROID.” Would I survive the invasion?

It was 2010, but the voice speaking to me was one I had only heard in sci-fi movies. My workspace had been infiltrated, but no humanoids were present. From where was the sound emanating? The imposing voice spoke again. I leapt from my seat to survey the situation, just as my cube neighbor held up his mobile phone, waving me over to check out a joke his buddy just texted him. How could he be so relaxed during this forthcoming assault? As I approached him, I heard the voice again. This time, I also saw his phone light up, signaling that another text had arrived! 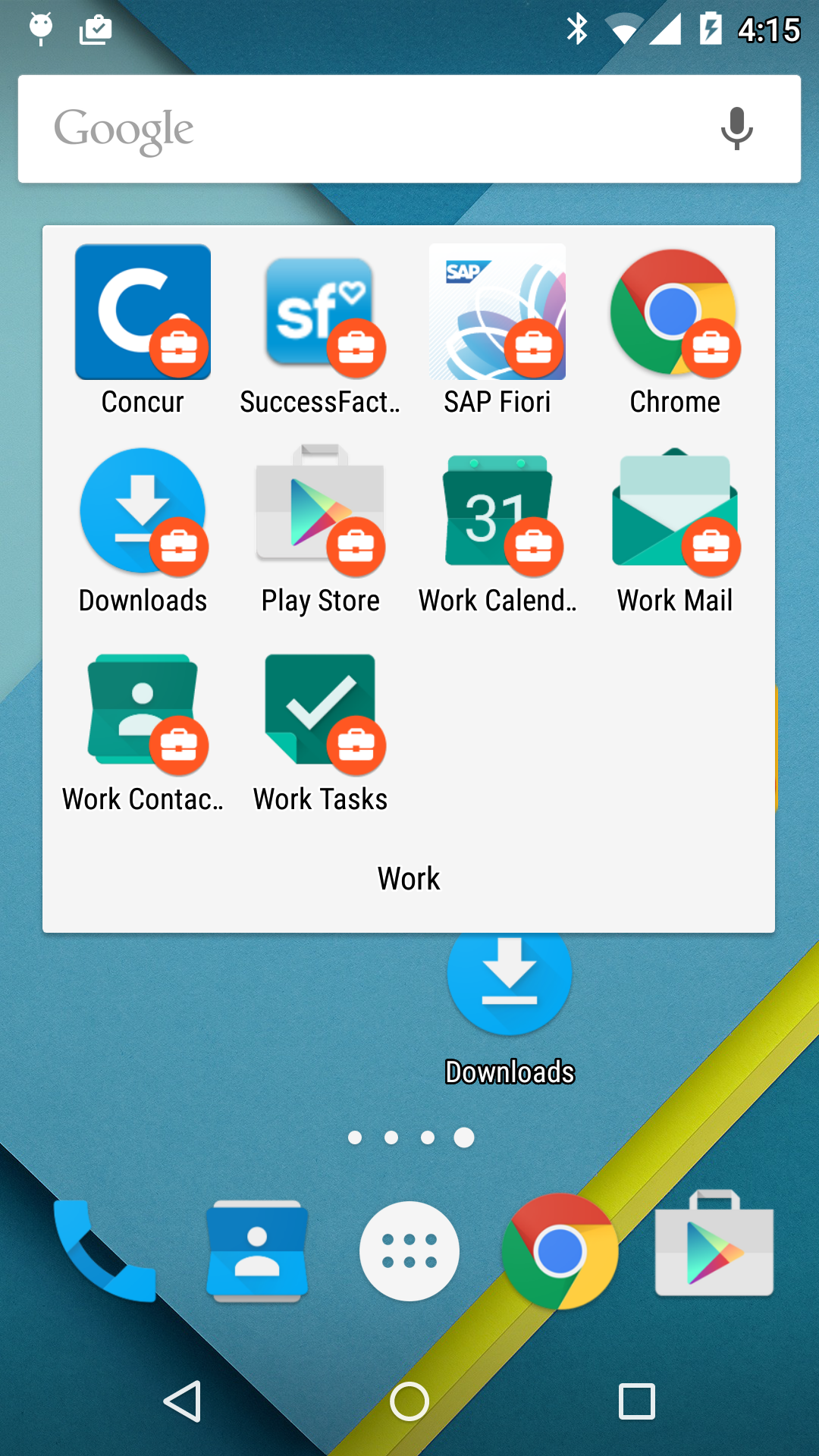 Droid (more specifically Android) growth has been on a tear for several years. As these devices became popular, consumers (like my coworker) started bringing them to the workplace. First they wanted to access the basics – their professional email, contacts and calendar. Then they started asking for more such as corporate apps that could boost their productivity and enable them to get their job done better – anytime, from anywhere. However, the much beloved diversity and choice associated with the Android OS also became a challenge for corporate IT managers and security professional tasked with safeguarding corporate data. And frankly, even when these workers brought their own devices to the job, they didn’t want IT controlling their personal data.

Things are about to change. Recently, Google formally announced Android for Work, a program that brings together OEMs and other technology partners to harness the power of Android for the enterprise and to support mobile adoption in the workplace.  It’s all about enhanced security with a dedicated and managed work profile that is isolated from personal apps, simplified management and an open platform for innovation. SAP is excited to partner with Google on this “game changing” initiative, which fulfills the needs of our customers who are looking for a simple and secure way to support Android. With several hundred Android-based enterprise mobile apps, we’re already a leader in the space. Through innovations in wearables, localization, AR and more, we’re leveraging the advancements of this OS to power the worker of the future, today. Now, companies can use SAP Mobile Secure to safely manage and secure these amazing Android experiences for their employees and business partners.

For more information, please watch this video and visit sapmobilesecure.com to sign up for a free trial.

Very interesting post! Android is definitely becoming a rage and with Google officially announcing android for work, android development is going to become more popular in the upcoming days. Android has already become a strong competitor for iOS in recent times and with android being incorporated in wearables and other such things, the day is not far off when android will rule the application development industry.