For one who dislike wearing watches or accessories, I have surprisingly worn the new Fitbit Charge HR (heart rate + activity wristband) every day since it was released for a solid two months.

The idea of effortlessly collecting data to gauge my activity is persuasive and the new clasp is solid, holding up after an hour of kickboxing. I also love the companion app for the iPhone. The UI is gorgeous and you can quickly view the various metrics for today and previous days. Here are some screens. 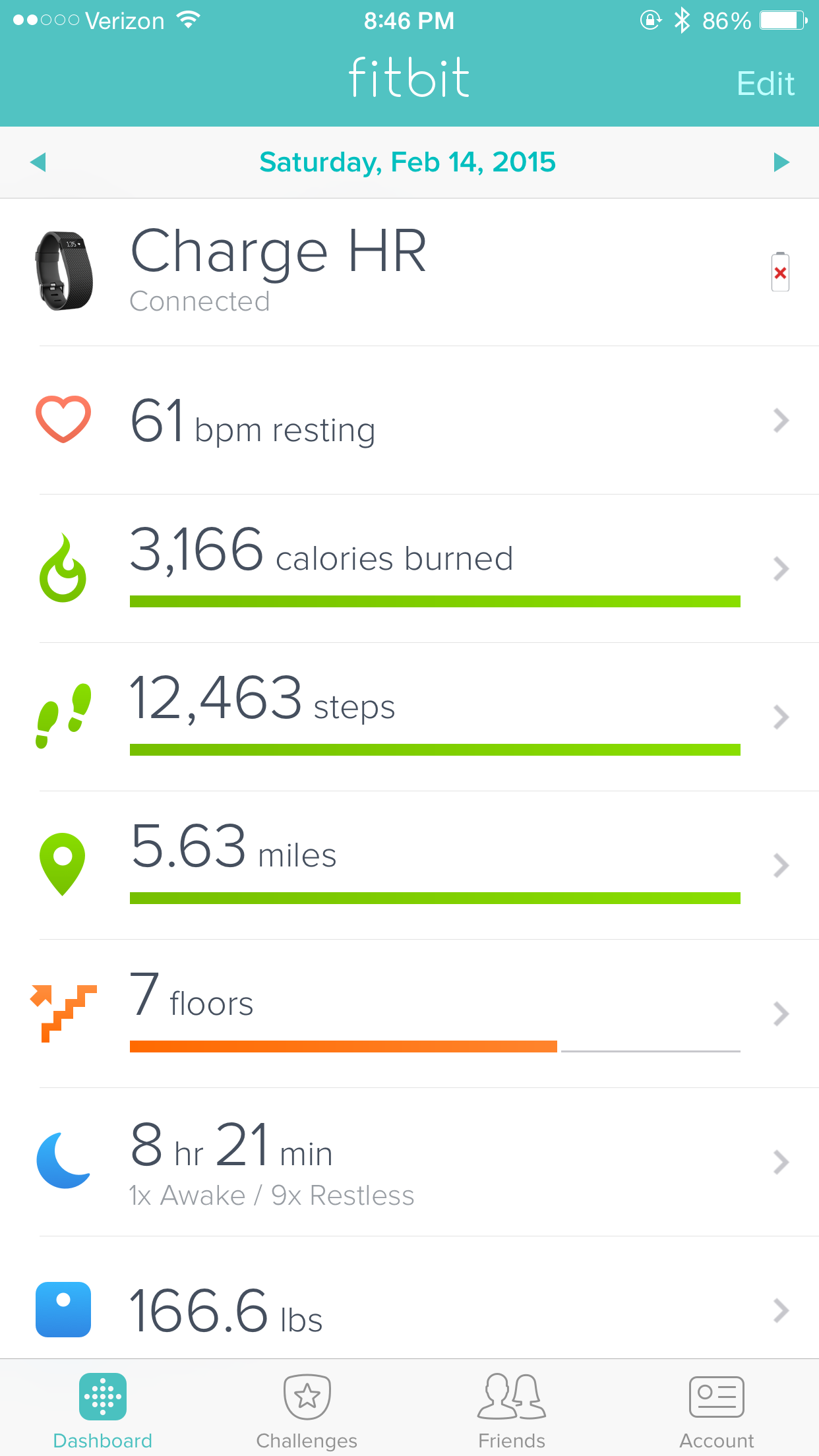 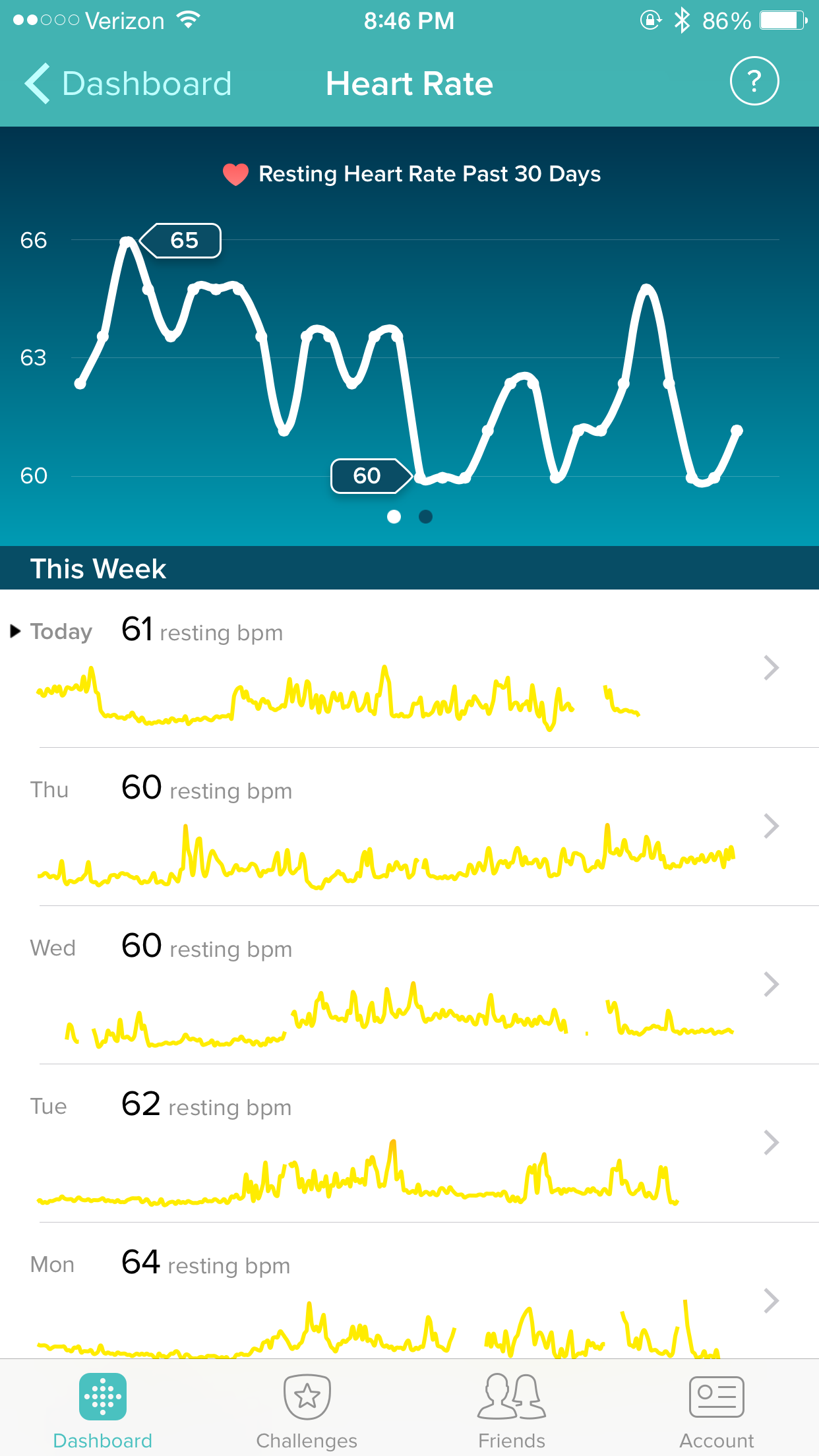 After using it for a few weeks, however, I found a limitation in the default UI.

For example, metrics such as calories burned or total steps can be viewed one day at a time. You need to toggle to another day to see a different set of metrics. There is no easy way to cross reference metrics and draw a correlation between an activity and calories burned.

Since I needed simple data exploration, the decision to use SAP Lumira was easy. But how do I export the Fitbit data? Luckily, there was a published recipe on IFTTT to automatically import your Fitbit data into Google Sheets.

How to Export Fitbit Data to Google Sheets

That’s it! Just follow the prompts at step 3 and you’re set. Each morning, the IFTTT app will alert you to a new entry, where new record will be appended to your Google Sheet.

One manual step is a description of the metrics. You will need to manually insert a header line into your Google Sheet to describe the metrics. This can be easily found in the IFTTT recipe. Here’s a copy of my sheet for your convenience.

After a few days of collecting the Fitbit data, you should have a solid dataset to create your own visualizations. Here’s mine (PDF link). 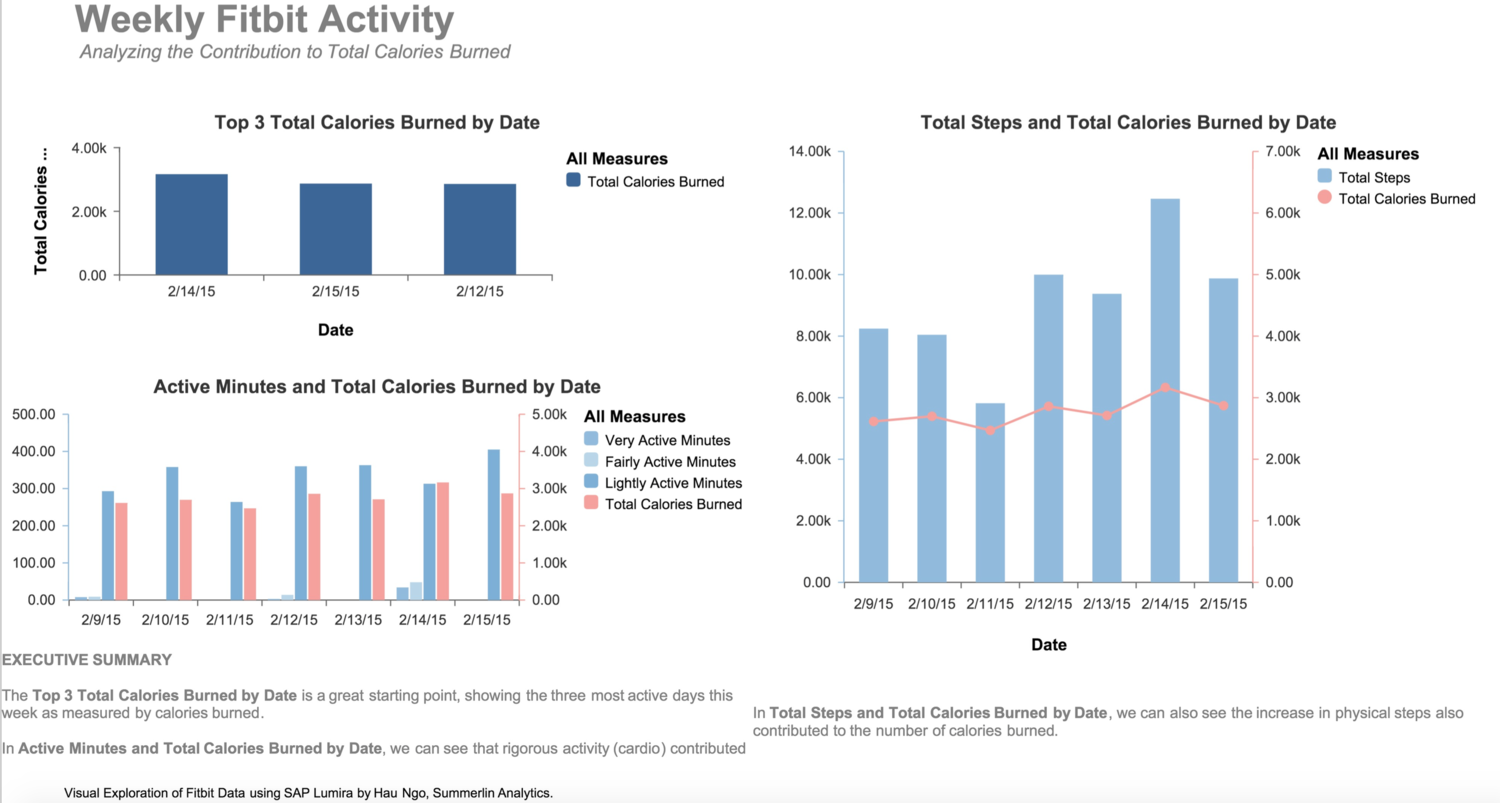 With a limited set of data for one week, I can already draw correlations between the increase in one activity such as number of steps taken to the increase of calories burned for a given day. Similarly, fewer calories are burned when I am sedentary. Of course, you don’t need a high-tech gadget and enterprise level analytics to draw that conclusion.

Where this information becomes interesting is in the application. I have a goal of burning 2,900 calories per day but this is a result and not an action that I take directly. Based on the above charts, however, I can see a correlation between calories burned and the number of steps taken, which is an action that I can directly influence.

As a result, I can set this metric (10,000 steps) as a daily goal, which triggers an alert vibration when accomplished. When I feel the a vibration from the Fitbit Charge HR, I know that my personal daily goal of burning approximately 2,900 calories has been accomplished.

As of the writing of this article, the heart rate metrics are not available for export but the folks at Fitbit will make that data available soon.

For intraday information (minute-by-minute data), you will need to request partner access to their API. Here’s a great article on setting that up.