KnowledgeHub: Installation of SAP Sourcing in a distributed environment

When looking at the SAP Sourcing official documentation you may typically wonder how to install/configure the application in distributed environments.

An error you may run into during an initial setup

If the required dependencies (like the dctool) that are being used for the SDA to SCA conversion during a SAP Sourcing configure tool run were not available you would get the following error: 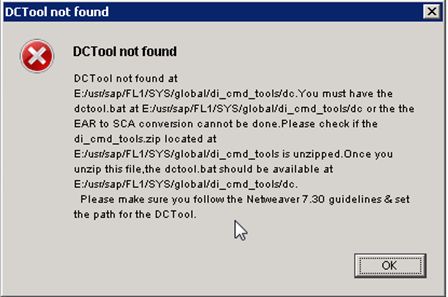 As the error reads “DCTool not found” it is certainly imperative to check if the actual Installation Guide for the SAP Sourcing application has been followed to the letter and if indeed all prerequisites have been met.

See the next illustration as an example landscape diagram for this particular use case.

You would have to particularly take note of the following:

In this example. to get the above error, the SAP Sourcing configure tool was started on the PAS.

Hence there are three possibilities you can tackle such a use case:

If you have thoughts or inputs, let me know.