Following up from Transforming Women’s Tennis with Innovative Technology Webcast Summary – Changing the Game in 2013 and Karin Tillotson’s Tennis Anyone?  Part 2 I watched this SAP webcast this week.  SAP’s Jenni Lewis provided this webcast about how SAP is working with sports teams using SAP tools.  I do like the way Jenni describes the business scenario, the need, and how they work with customers.

Jenni Lewis has been working on analytics on tennis, extreme sailing, ICC World Cup, including how to use mobile apps to engage fans, how work with media teams.  Disclaimer – I haven’t watched tennis for a long time (since Martina days) so hopefully I don’t mix up the terms as Jenni explains them. 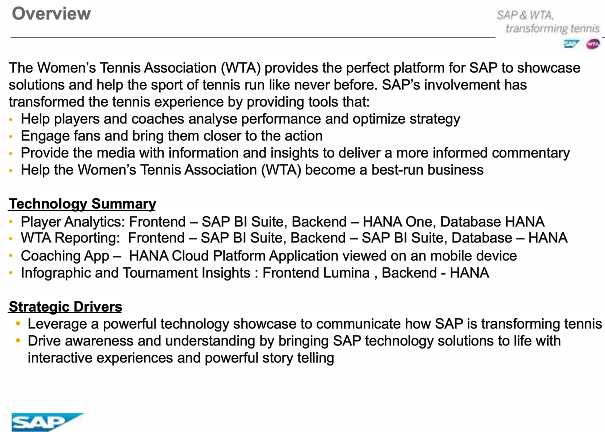 SAP looks at Formula One, Extreme Sailing, Cricket World cup; it is relevant to business as outcomes are similar to business

They want to optimize fan engagement, athlete performance, how pivot from insights to action

SAP has been on a journey with WTA for 18 months.  Players have access to information that they did not before.  They are trialing now real-time information available to coaches

They are also working with the media to make sure they had access – the what and the why things are happening – the same for business.  What direction should you be taking and optimizing performance

Starts with a Tennis Player 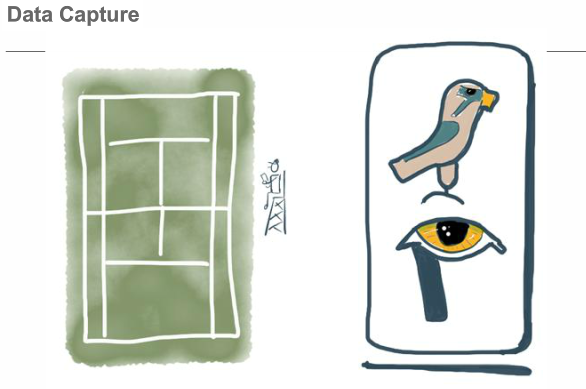 It starts with a tennis player

They try to get the most data feed

Which end of the court, who won the coin toss, when players call the coach, timeouts

The feed is 20 seconds behind play

Most of the information is at the same level

Not every match is tracked Next step is to interpret the data

Everything is hosted in the cloud

It is manipulated and sent to database

Hawkeye data is coming to them as a web service, so is the data from the tablet 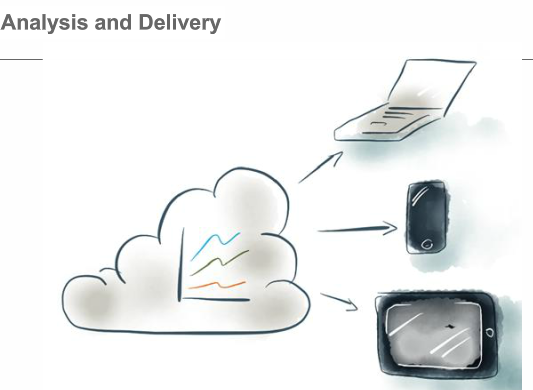 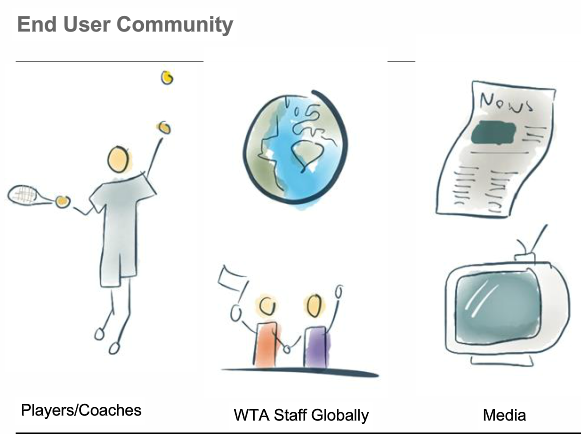 Rolled out the BI portal

Transform how tennis is consumed 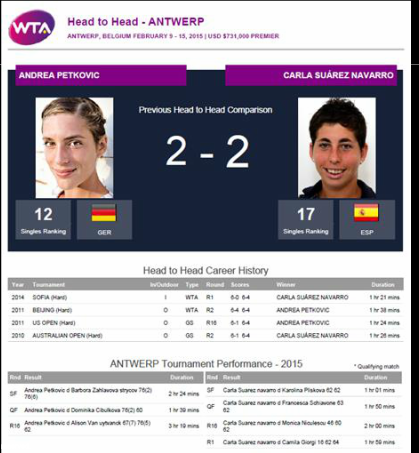 Figure 6 is an example for the media

They used to do this manually and took hours

By automating the solution, the media now gets fun facts – how many times has a player beaten a left handed player? 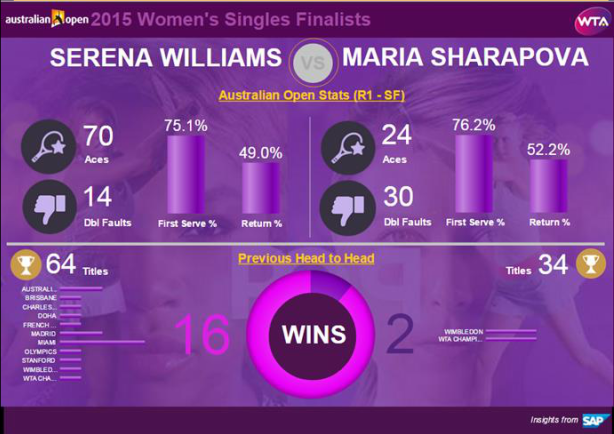 Figure 7 shows the Infographics from Lumira

Before used graphic designers to build

WTA and media are more aware of information that is available and more of a self-service – the NBA is where most sports want to get to. 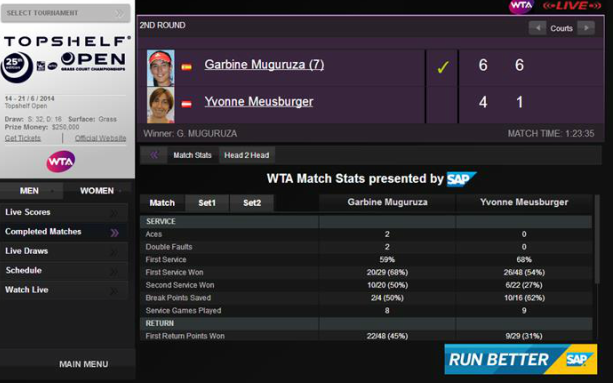 Aces, double faults; but don’t have context of how player is performing – e.g. break point (player is serving, about to lose game – under pressure)

Nine break point opportunities and save 6 of them.  How many times did she serve was she under break point?  This offers context to the players

Having more data doesn’t mean you understand your business; it is about insights – such a great statement from Jenni Lewis 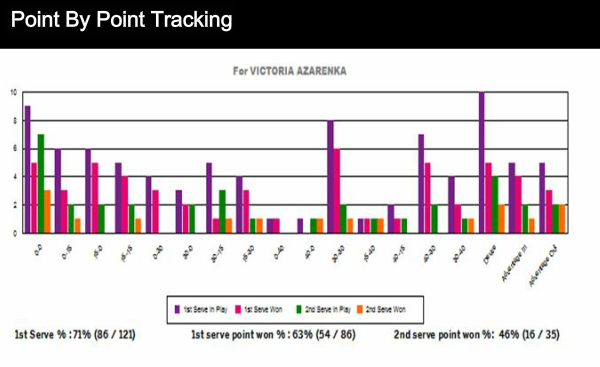 When she was at 30-all, go to game point; she did well

Coaches can look at this and strategize for a match

They can customize and build solutions 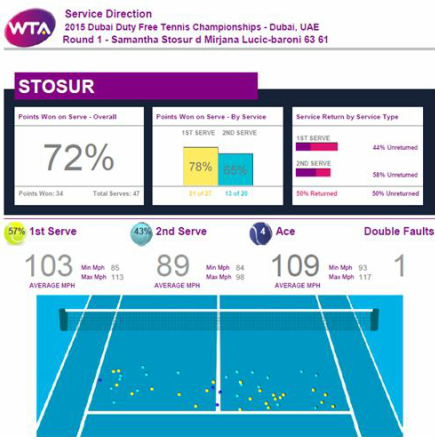 Figure 10 shows how the app tracks data to help coaches to show where serve, where from, where to – what is going on in the court

They look at serving patterns, from a coaches and scouting point of view 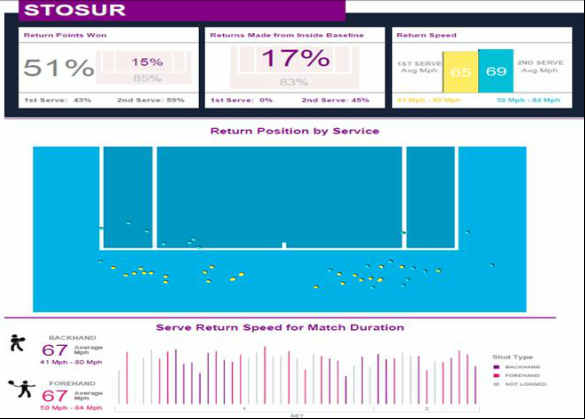 Where stand on returning the ball?  Outside the court?  The quicker return back – the less time giving opponent to react

Provide to players via a portal

Everyone understands and user adoption – have great adoption

The want to take this real-time

Figure 12 shows where they want to go with this: On-court coaching

SAP has been working with WTA – how take this information available at coaching consultation once a set or injury timeout.  The technology is ready but it needs to be equal 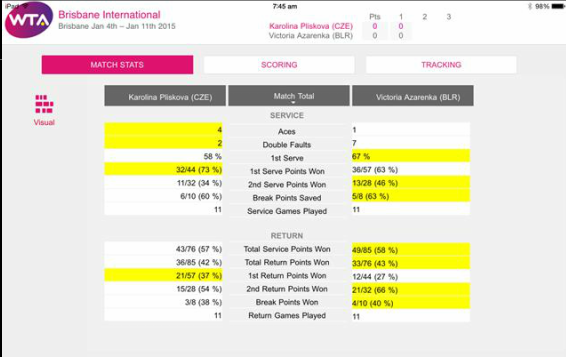 Three areas – match set, yellow a coach can see where player is winning

It provides situational information and drill as needed

The coaches can see the tracking screen and the serving patterns

SAP used Design Thinking workshops for this; what things were important to players?

The flexibility of HANA Cloud Platform – available anywhere in the world, and not locked into a particular mobile app or platform

They used SAP standard software to deliver – used tools like Lumira to help understand the data they had. They had 40 years of history but couldn’t profile it very well; able to gain insights with Lumira – including InfoGraphics

Thanks for the nice read. It was a welcome change on this rainy Saturday morning here in The Netherlands