Get Ready For The Fastest Technology On Ice

The NHL has been the premier league for professional ice hockey for 98 years, and fan passion is as deeply rooted as the 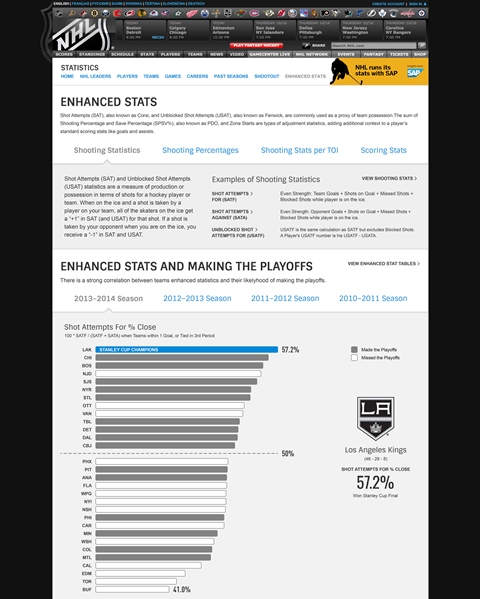 league itself. In the business of sports you can never have too many fans. So leagues and franchises alike are using technology to grow their fan base.

The NHL, for example, recently conducted a series of design thinking workshops with SAP, to revamp its statistics experience on NHL.com. The intent of this exercise? To increase fan engagement and to deepen fan loyalty through technology innovation.

Known as the fastest game on ice with very short stoppages, there are many aspects within the game that often go unnoticed. It’s easy to track goals, assists, saves, and total points, but so much more is missing from the box score. Imagine what fans could will learn with simple analytics during NHL games:

These types of insights are made possible thanks to the trusted partnership between the NHL and SAP. Announced during the NHL’s Innovation Day at Levi’s Stadium before the Stadium Series between the San Jose Sharks and the Los Angeles Kings– the statistic-overhaul and modernization of the NHL’s IT infrastructure are made possible through the HANA Enterprise Cloud. Most importantly, avid hockey fans will be pleased and the casual ones empowered, with a deeper understanding to appreciate the subtleties of the game.

But without a simple representation of these statistical nuances, in a visually appealing format, fans would remain in the dark. Why not put them in the driver’s seat to consume data in a more personalized fashion? The cloud edition of SAP Lumira will make NHL.com/stats more interactive and help achieve the vision that customizing data should be as personal an experience as watching the game.