I hope you all are familiar with the BW Manual prompt entry feature introduced with the release of BI 4.1 SP 5. If not, please go through my blogs written earlier, explaining the functionality and the steps to enable it.

I am writing this blog post to clarify few confusions around this new functionality that has been brought to my attention by few users who tried using this functionality.

In order to explain the scenario more precisely, I created a Web Intelligence report before adding the switch:

in registry (for webi rich client) or in the Adaptive Processing Server (APS).

In the below screenshot, you can see that a selection option variable defined in Bex showed up as a range with “Start Value”  &  “End Value”. 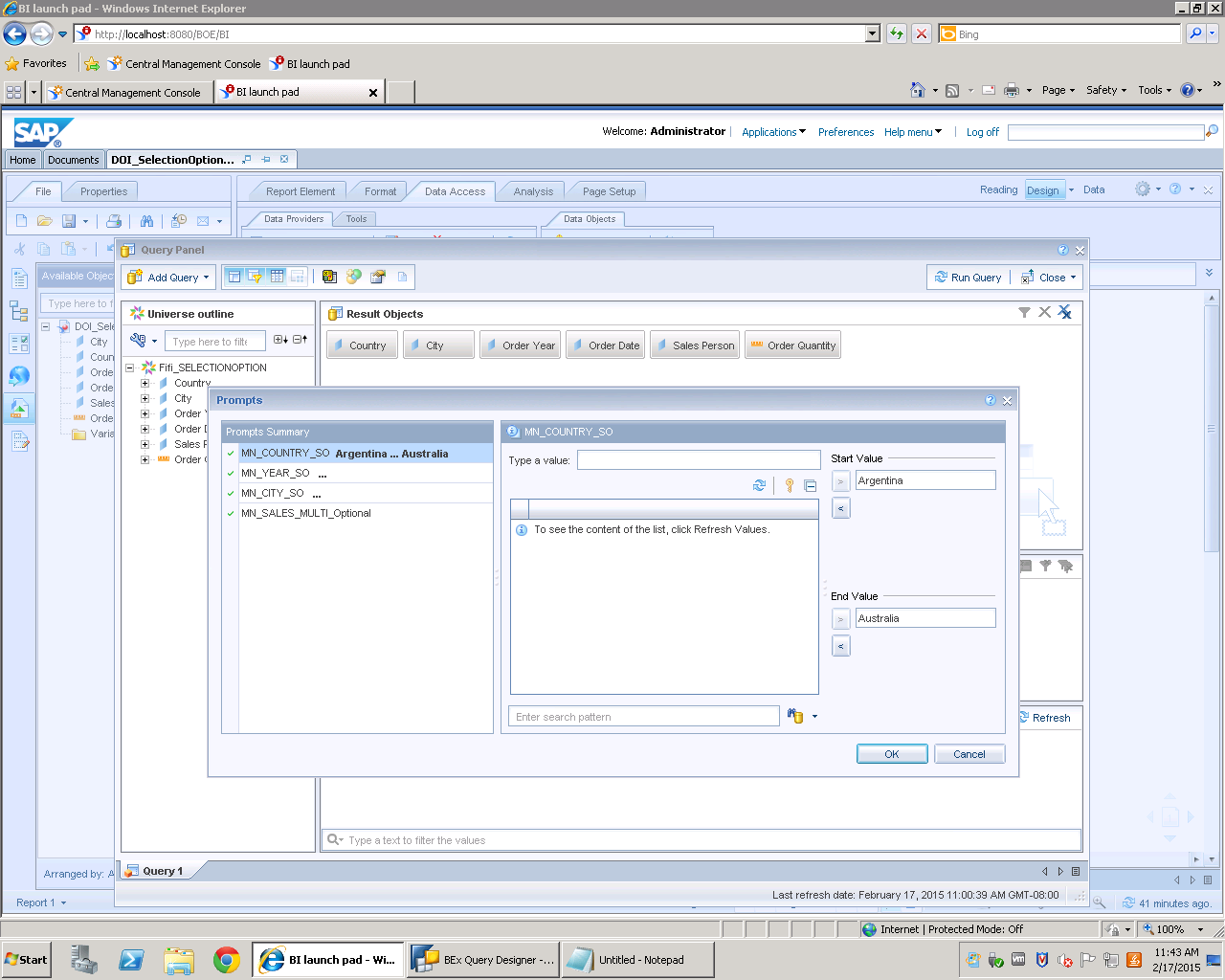 On refreshing the report, notice that Country “Aruba” shows up as the start and end value entered, acted as a range (Argentina – Australia), instead of individual prompt selections. 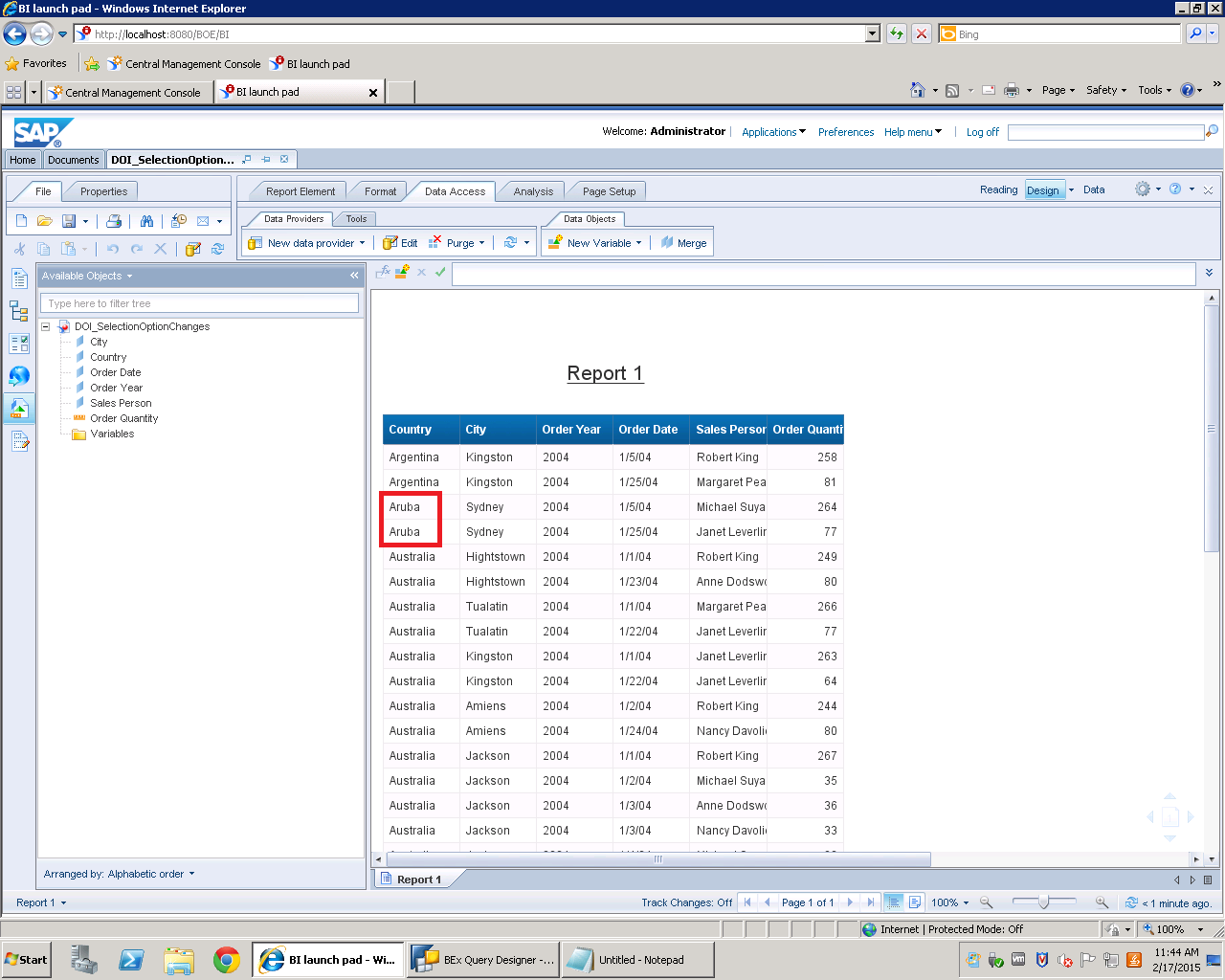 Later we added the switch to the registry and the APS.  The screenshot below was taken after the switch was implemented and the report refreshed.

Notice the prompt. It has changed to a multivalue prompt with 2 single values instead of a range as previously designed. 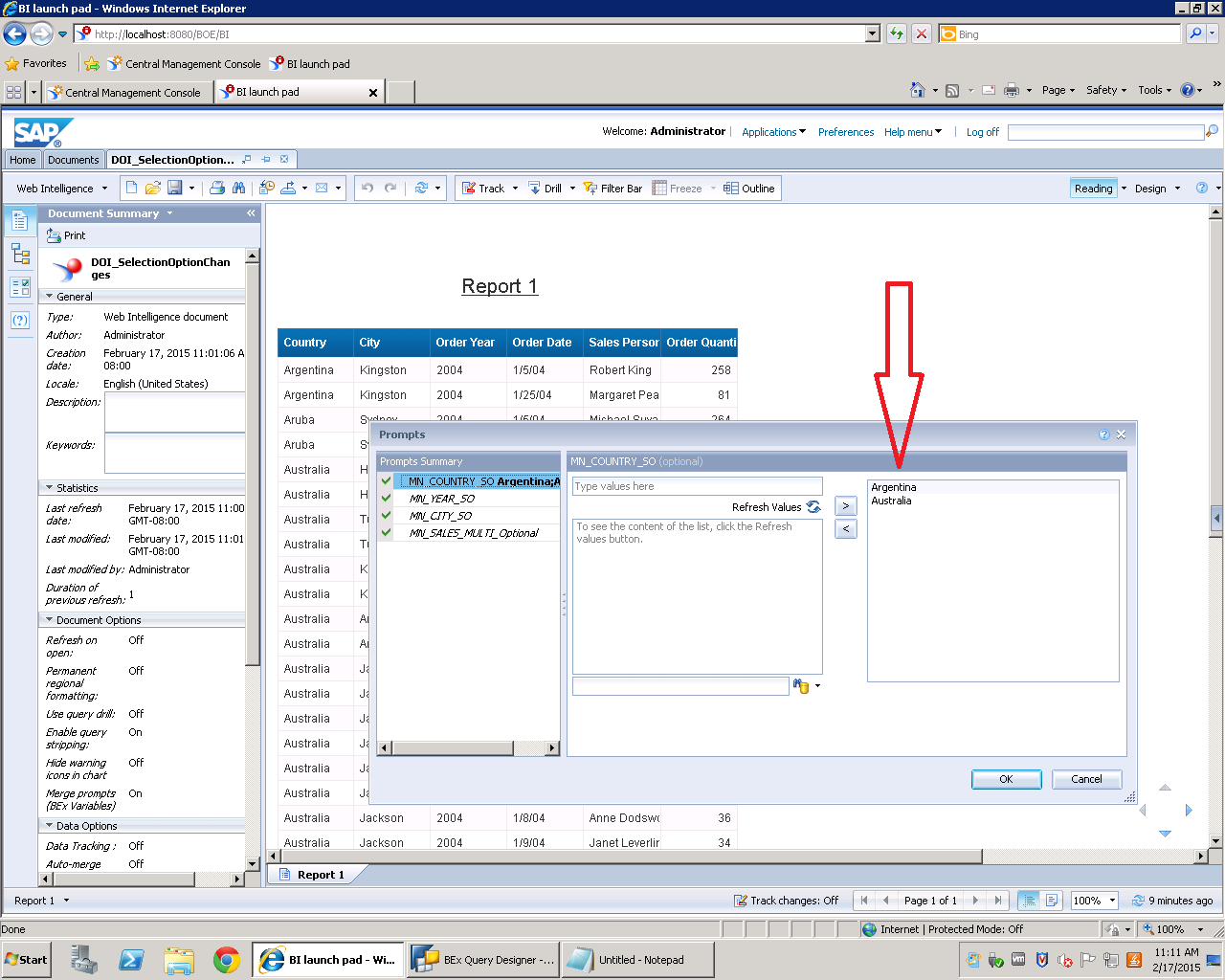 Here the report has completed, and Aruba has disappeared from the result set. If an end user is unaware of this change, it will result in incomplete data being returned as the values entered now are individual prompt selections and does not act as a range any more.  (Aruba is missing) 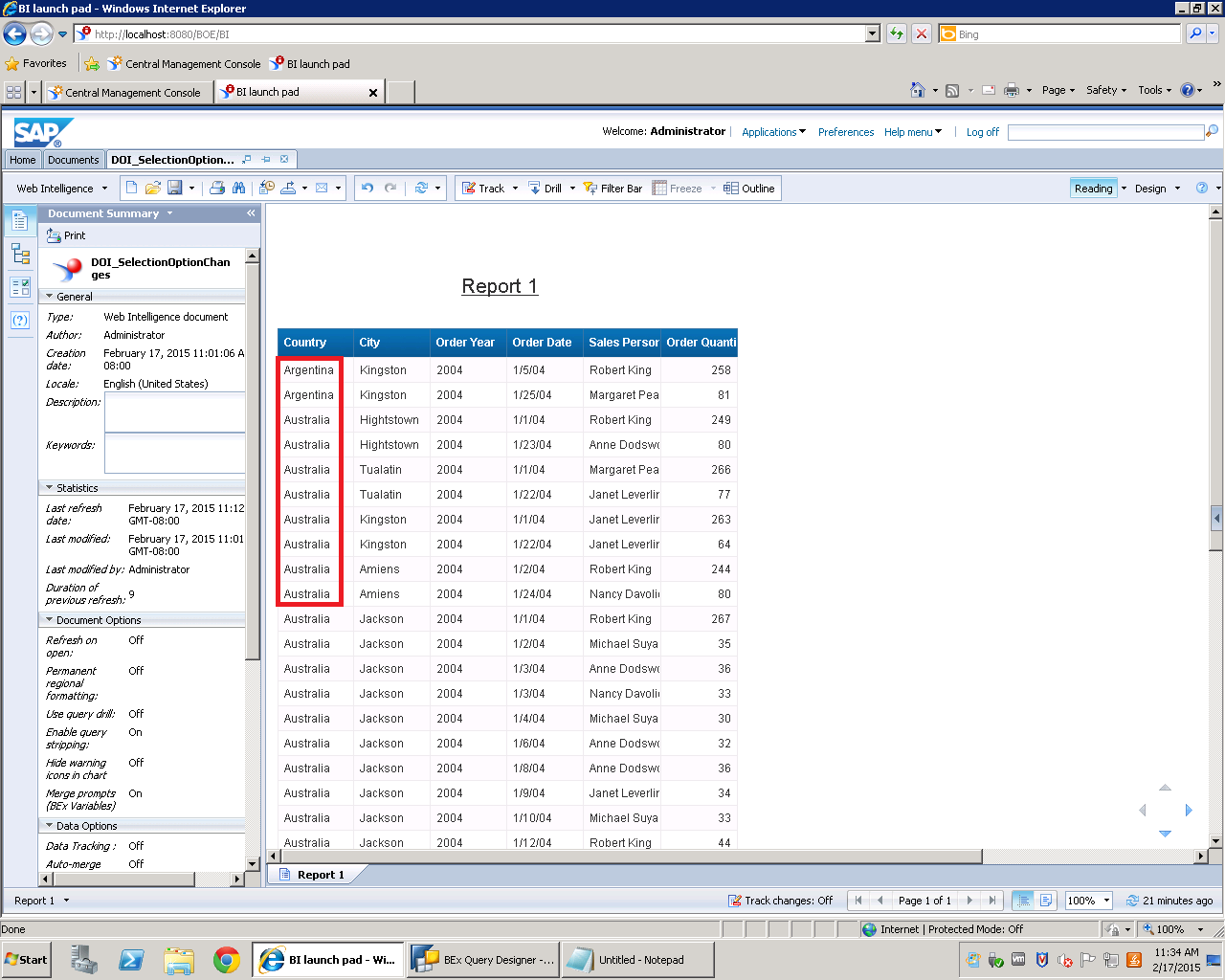 One workaround is to define the variable as “Interval” (as shown below) in the back end BEx instead of a selection option variable to ensure that the prompt still shows up as a range even after adding the switch. 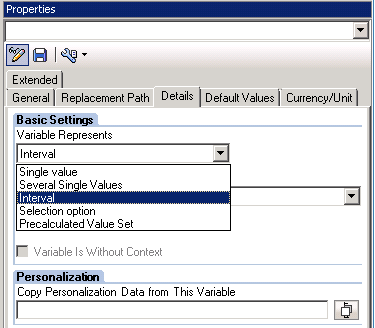 While the workaround is viable, it doesn’t allow the ability to use the other conditions that are available with the switch (pattern matching e.g: !5, >7 etc).

Hope it helps clarify the confusion around this functionality.