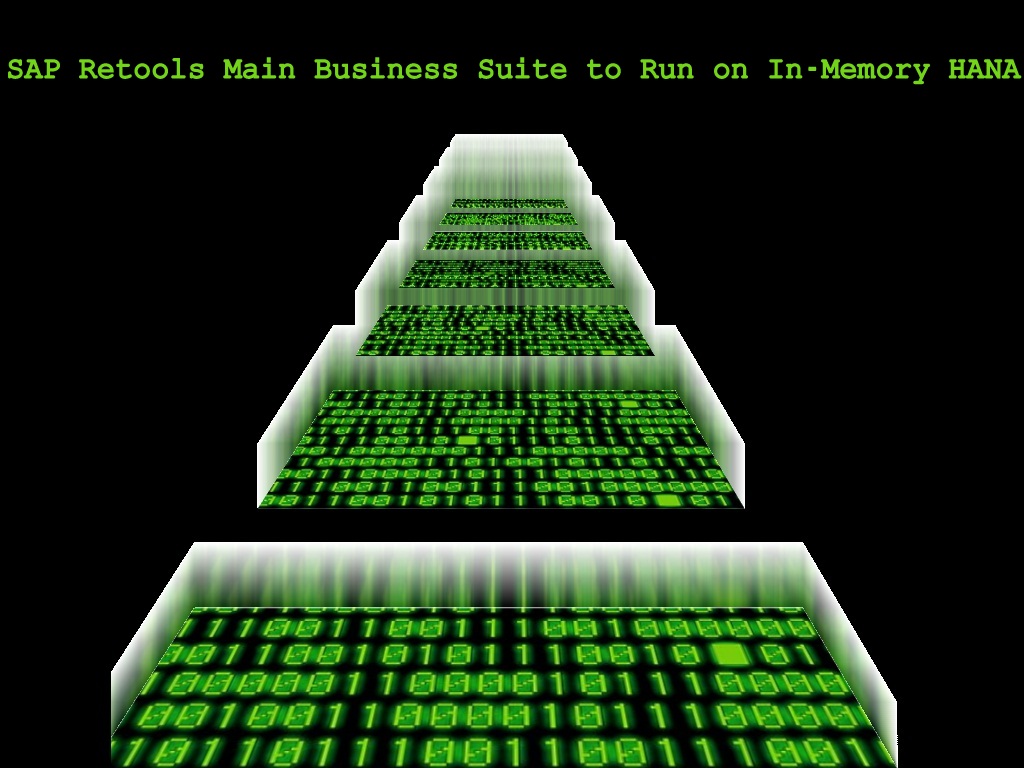 SAP has shunned its present data center trends which are directed towards the best-of-breed hardware components and rather embraced its patented in-memory system.

Five years back, SAP launched their super-quick HANA in-memory database. This caused a rebirth in the company, opening a fresh set of business opportunities. From that time, SAP has maintained its pace, releasing new or improved applications designed to run on the in-memory system.

February 3rd saw the company reveal the retooling of its defining business application in order to fit it to the in-memory platform. This SAP HANA suite, which is their 4th Business Suite, has been designed to run on any device, whether stationary or mobile, and it can also be deployed to on-premise, hybrid or cloud options. SAP made this announcement during a dedicated launch event held at the New York Stock Exchange.

This move to redesign and build its new software releases to only run on their specialized in-memory databases is clear proof that SAP eschews the present data center developments which have shown bias towards design of best-of-breed software and hardware components, being the simplest, most pragmatic and most efficacious method to carry out a data center refresh.

Breaking through past limitations

In explaining the move, SAP CEO, Mr. Bill McDermott, revealed that the retooling of its SAP HANA was meant to enable the company to surmount their past limitations and to make full use of the real-time as well as in-memory aptitudes of the SAP HANA suite.

He continued to say that SAP HANA, which was invented by Hasso Plattner, was always destined for re-invention to match the requirements of the digital age, along with the full SAP Business Suite. Given the present climate – the needs for businesses globally to penetrate new markets and connect with their clientele through every channel – McDermott explained that there was now an innovative platform that could assist businesses to register the kind of growth they need.

SAP was excited for the change, citing the launch to be a “historic day” and one that would mark the start of phasing out the complexities of the IT stack from the 20th century.

The retool process took SAP experts over four years, during which time the business suite was changed over from traditional on-premise servers to their new in-memory platform. Nevertheless, the company is well known for its persistent and systematic approach when it comes to releasing top quality applications.

Useful for an Array of Line-of-Business Applications

SAP revealed that its S/4 HANA includes directed configuration schemes for adoption, an instinctual user interface design that is applicable to users serving in various capacities within an enterprise and working on nearly any device. Other features include a highly streamlined data model, revamped real-time enterprise processes and top level granularity with on-the-fly insight.

At the launch in New York, demonstration for the HANA database was carried out using one of the most popular apps in the suite, the SAP Simple Finance. The company hopes to use this new database to expand their current portfolio of cloud-based products, especially those from its subsidiary holdings including SuccessFactors, Ariba and Fieldglass.

This platform will give customers the ability to choose their pace in cloud applications, depending on their needs, and simultaneously maintain the enterprise benefits and business capabilities of their current SAP solutions, according to Mr. McDermott.