Self-Renewal and the Courage to Fail

“We are all faced with a series of great opportunities – brilliantly disguished as insoluble problems.”

February 16 is the anniversary of the death of John William Gardner, the author of that quote. Gardner was Secretary of Health, Education, and Welfare in the late 1960’s, founder of two influential U.S. organizations (Common Cause and Independent Sector), and also the founder of two prestigious fellowship programs (The White House Fellowship and The John Gardner Fellowship at Stanford University).

Gardner authored several books on improving leadership in American society. My favorite is called ‘Self-renewal: The individual and the innovative society’ in which he claims organizations must use innovation as a way of renewing themselves. If the organization instead defends status quo as a preservation method, the exact opposite will happen: “the institution will rot, not thrive”.

Given my new role, I re-read the book over the last few weeks and came upon this startling text in a section called ‘Courage to Fail’:

“One of the reasons why mature people are apt to learn less than young people is that they are willing to risk less. Learning is a risky business, and they do not like failure. In infancy, when the child is learning at a truly phenomenal rate—a rate he or she will never again achieve – he or she is also experiencing a shattering number of failures. […]  See how little the failures discourage him or her.

With each year that passes, he or she will be less blithe about failure.  By adolescence the willingness of young people to risk failure has diminished greatly.  By middle age most of us carry around in our heads a temendous catalogue of things we have no intention of trying again because we tried them once and failed  — or tried them once and did less well than our self-esteem demanded.”

Does appetite for risk really reduce with age? Here in Silicon Valley there is a commonly-held belief that all break-through start-ups come from people in their 20’s. Mark Zuckerberg famously once quipped, “Young people are just smarter,” although I think he meant less risk-averse. Lately I see signs this mentality is changing and an acknowledgement that innovation is an attitude, more than an age.

Regardless, it’s a good reminder for me and my team. With experience comes wisdom but also inherent biases. We need to challenge our own assumptions and not just those of others.

I’m re-instating a catchphrase I used earlier in my career: what got us here, won’t get us where we want to go.

This blog was originally posted on Manage by Walking Around on February 16, 2015. 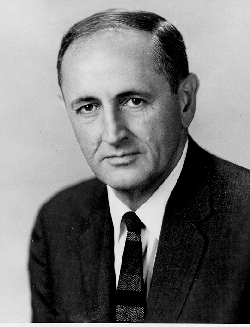