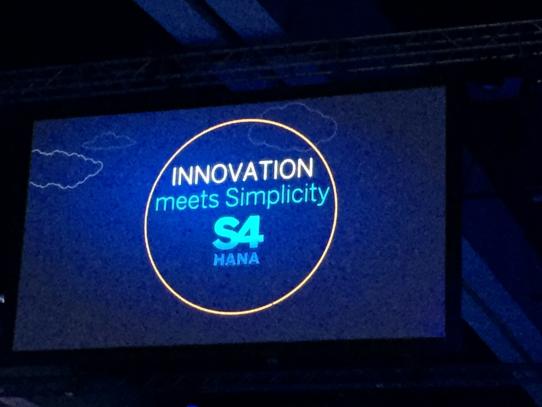 SAP recently launched its new unified database platform S4 HANA in India, along with many other countries. India is currently growing faster than China, and its companies want the ability to take decisions faster as they seek to expend to newer product categories and more countries.

SAP’s S4 HANA promises to cut the time it takes to run critical business applications to minutes instead of hours or days. The new user interface brings together SAP’s widely used suite of corporate applications and cloud-based internet software.

“Traditional suites do not have the capability to handle scale and complexity. S4 HANA does,” said Ravi Chauhan, SAP India Managing Director.

The unified database platform can analyzing vast amounts of data in local memory. And this provides instant retrieval compared with earlier, slower method of pulling in data from hard disks. This revolutionary platform, which is also the company’s biggest overhaul of its core software line in twenty years, is allowed SAP to already pull ahead in the market for real-time business planning software. “A managed cloud version will be launched in May,” Chauhan said. That event might coincide with Sapphire.

This will dramatically reduce the time needed for accounting inventory levels, sales, and other key data that usually takes days or weeks and is already dated by the time its released. Using S4 HANA, the same processes can be done in a few hours. That gives businesses a clear advantage over slower competitors.

Companies also gain by not having to rely on statistical assumptions. Using S4 HANA, they can combine the existing super-fast HANA with business analysis functions. So managers can see analysis based on real-time data, something that was not possible before. And this empowers them to take more effective decisions.

Competitors such as Oracle, Microsoft, IBM and Teradata also offer ‘in-memory’ versions of their databases, but S4 HANA takes SAP to a higher orbit. In addition, S4 HANA’s user interface is fresh and modern, and will appeal to millennials as well. It can be used on mobile, or any device for that matter. This is the best platform ever designed by SAP.

SAP CEO Bill McDermott has acknowledged that the move to the cloud might lead to lower profit margins but will lead to faster revenue growth. Analysts are fine with that. “It’s about doing business in detail rather than in the aggregate,” said Forrester analyst George Lawrie.

For fast-growing businesses in emerging markets such as India or Brazil, S4 HANA will be very useful in enabling quick growth based on solid real-time data. Imagine a business that knows more about its customers, its supply chains, and other critical functions than its larger competitors. It won’t be long before it catches up with them and moves ahead. And that would be crucial to the ambitions of their founders, who want to move to new markets and cultures and create companies that will lead for years to come. In sports, teams playing in the widely popular Indian Premier League will gain deep insights into their and competitors strategies as they strive to win. S4 HANA is already proving to be the game-changer they have been waiting for.