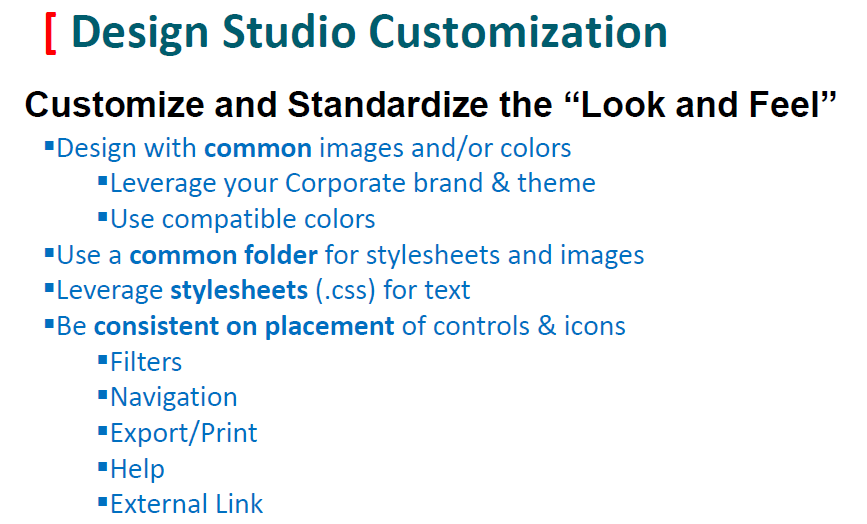 Figure 1 covers the look and feel with corporate brand, theme, and colors

As you develop those, and you are on the BI Platform, set up a common folder for style sheets, logos and images

For text formatting use style sheet instead of images

Consistently place controls and icons on the screen 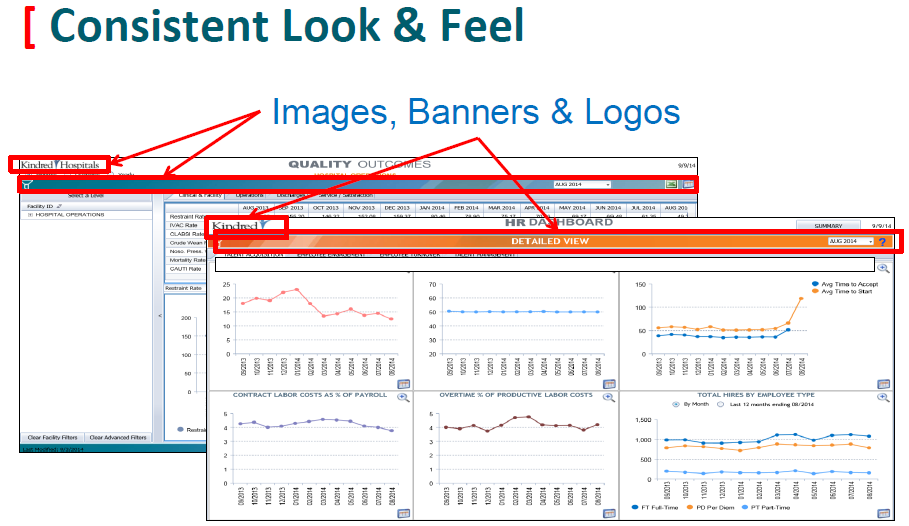 Figure 2 shows the images; company logo goes in upper left.  Banner image is at the top.  They don’t have to be the same but the placement is the same. 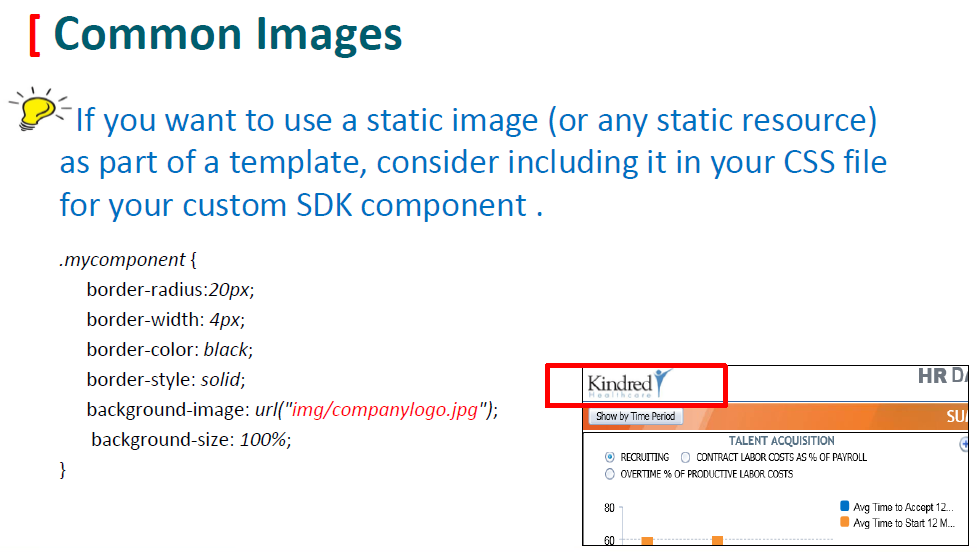 Static images can be placed in stylesheet 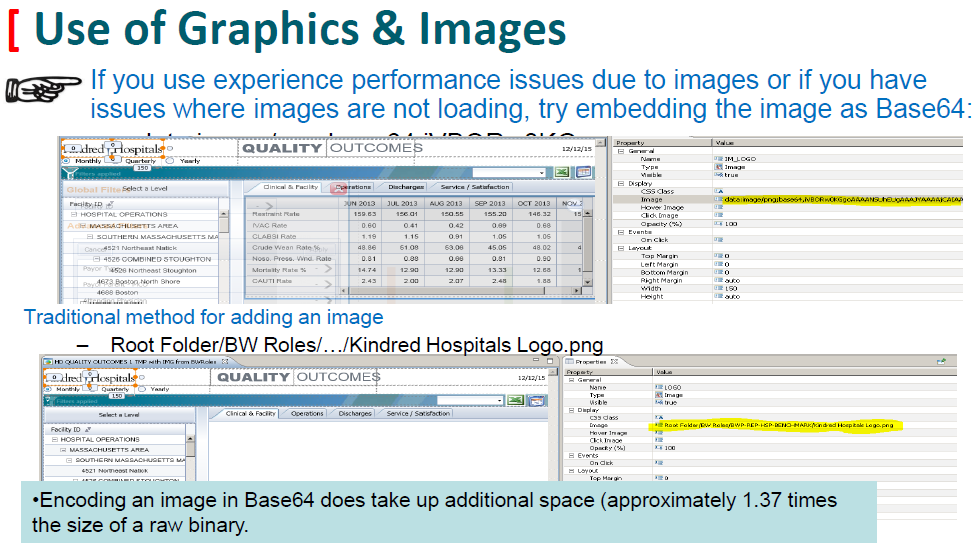 Found situations where applications would render image and not

You can point to the folder or Base64 encode it

When they drop images in folder sometimes show up and not

With Base64 they removed issue of image rendering

Base64 is a larger raw image file 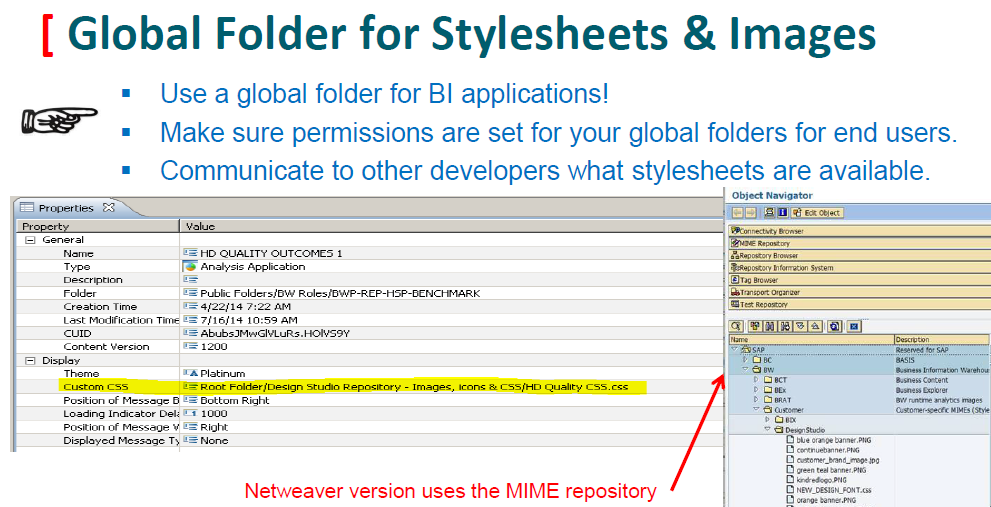 With the NetWeaver platform it uses the MIME repository 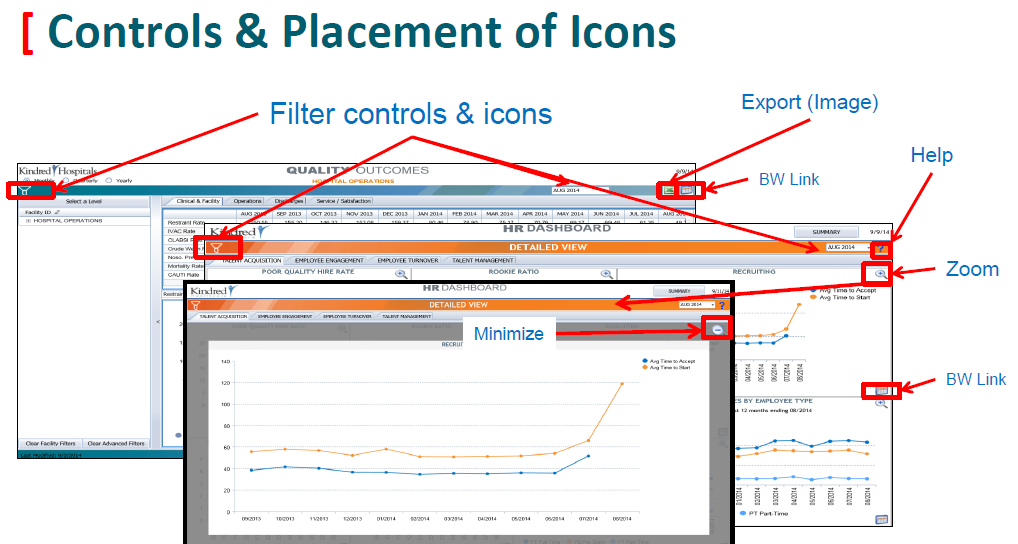 Consistency is key for placement of controls and icons

Filter icon is on the left; date selector is on the right along with the export icon

For charts they placed a zoom for each chart to maximize the chart if the user has trouble seeing the chart. 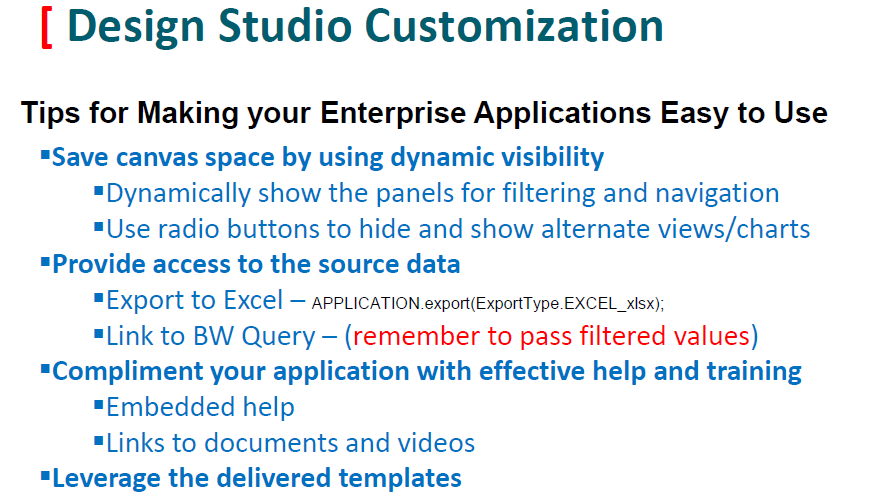 For the BW Query pass the filtered parameters via the URL

They embed a link to the training inside the application

Instead of starting from scratch, they start with the delivered templates.  The ad hoc template is similar to what they have with BEx web. 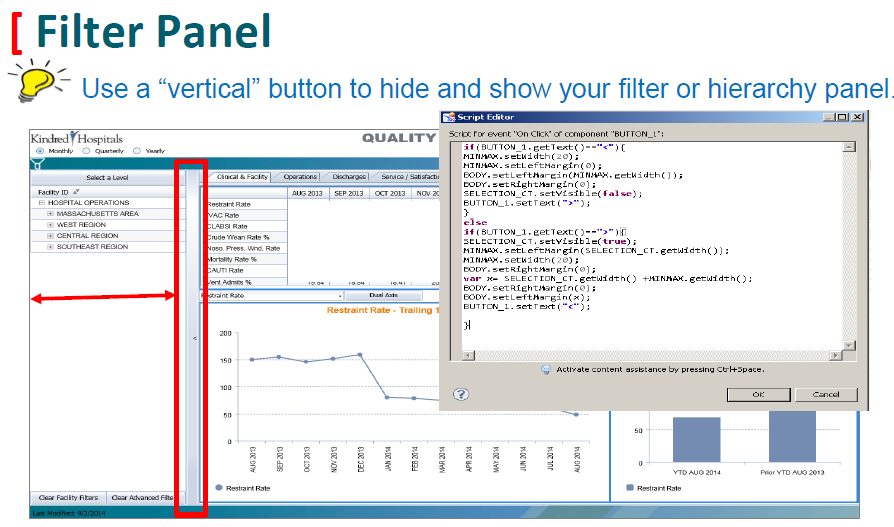 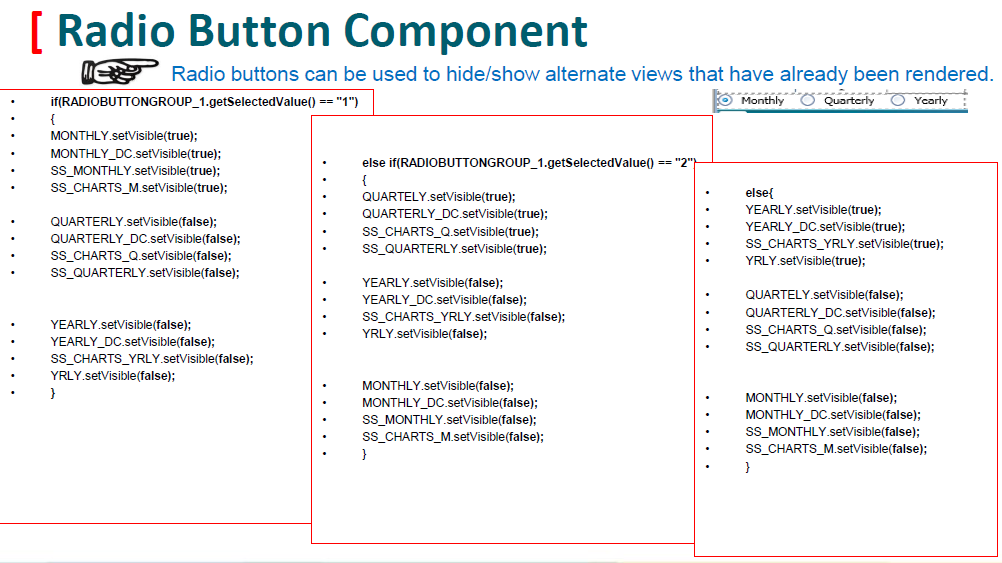 SAP is making improvements with each version of Design Studio

Do not over code unless required

Use style sheets for a consistent look and feel

Links provided by Greg during the webcast:

•Image Encoding – How to embed images inside of a Design Studio App without uploading to server.