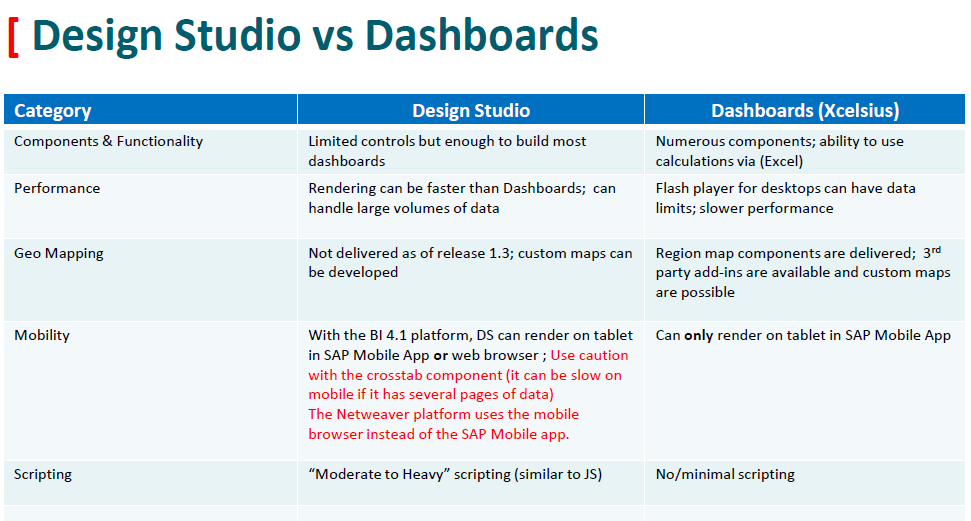 Figure 1 shows comparisons, with Design Studio has limited controls, rendering is faster than Dashboards and can handle larger volumes of data

Design Studio has scripting but much less is needed in Dashboards 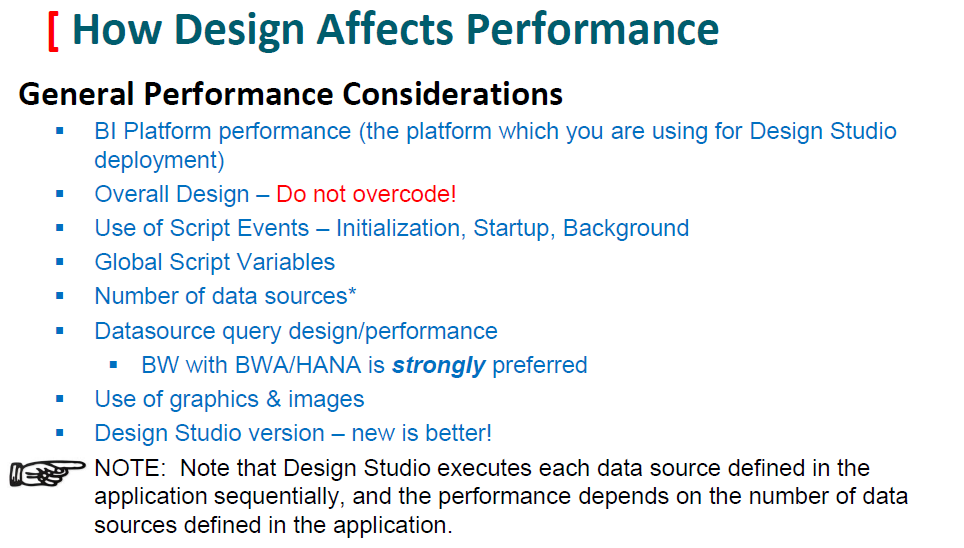 You need to figure what user needed; they have over coded a Design Studio application and that decreases performance.

The more graphs and image used will impact performance.

He recommends staying on the latest support packs to improve performance.

See the NOTE in Figure 2 about sequential execution; this will change in 1.5. 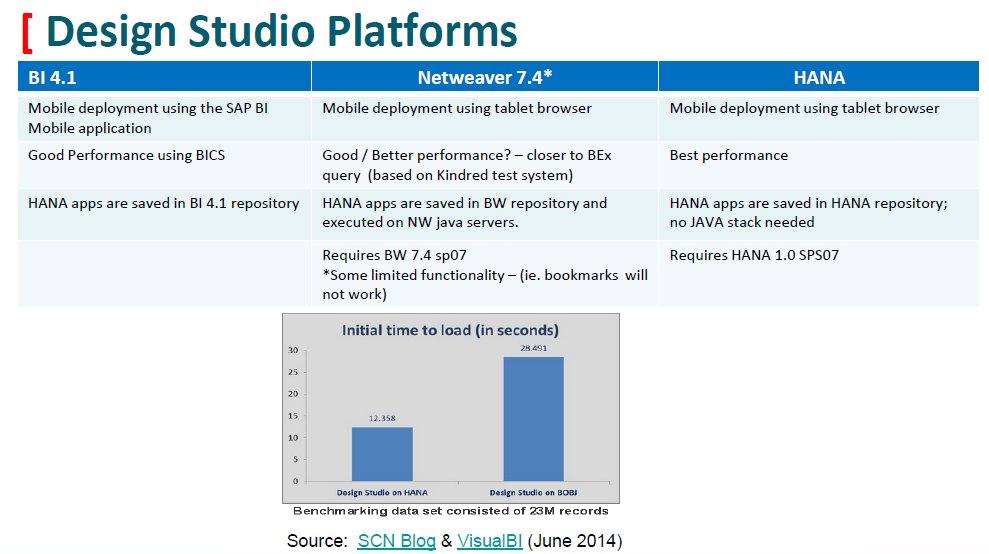 Figure 3 shows a comparison of the platforms.  If use SAP Mobile BI app, you have to use the BI Platform for Design Studio.

NetWeaver performance in their test system is faster than BI platform.

Benchmarking blog shown in Figure 3 compares HANA vs. BIP – 12 seconds on HANA versus 28 seconds to load in BI platform.

Overall performance will be impacted how you do scripting 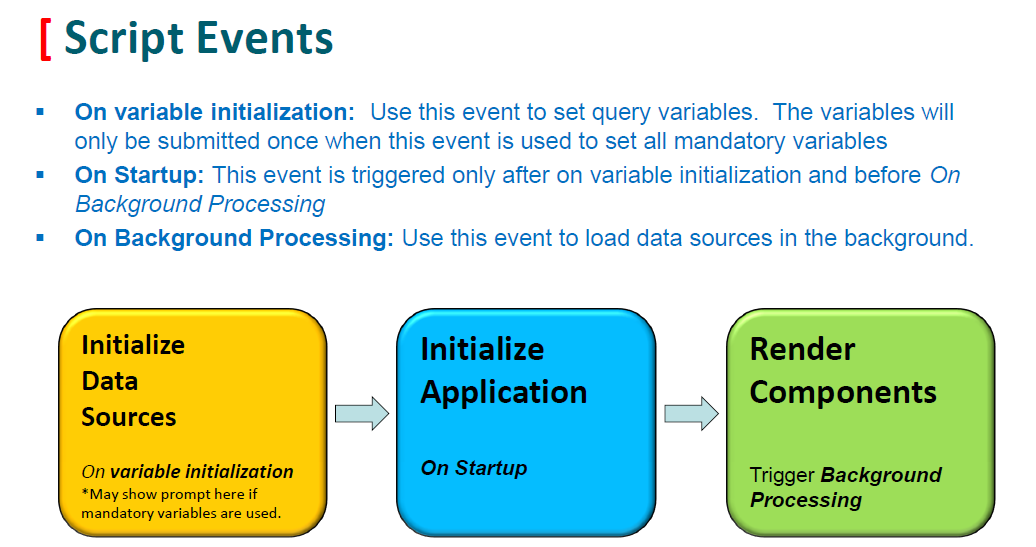 On startup – after variable initialization but before background processing

Then load additional data sources in the background 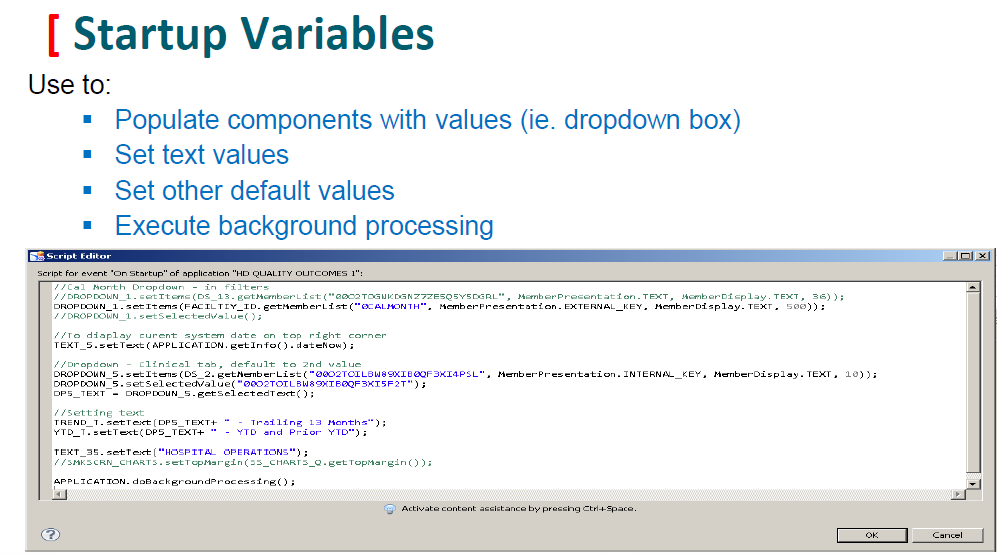 The order of execution becomes important too, he said.

Global scripts allow you to “externalize” a value, such as a URL – a query string, type 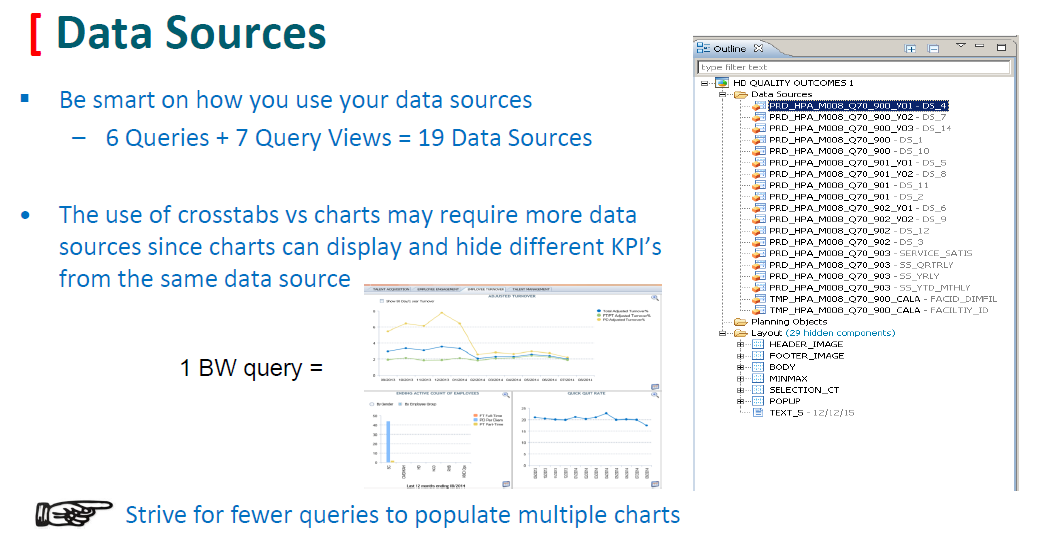 You can do things to leverage the same data source

Crosstabs require more data sources than a chart for each layout

In Figure 9 one query feeds the three charts