This was an ASUG webcast last month presented by Greg Sprowles, Kindred Healthcare. 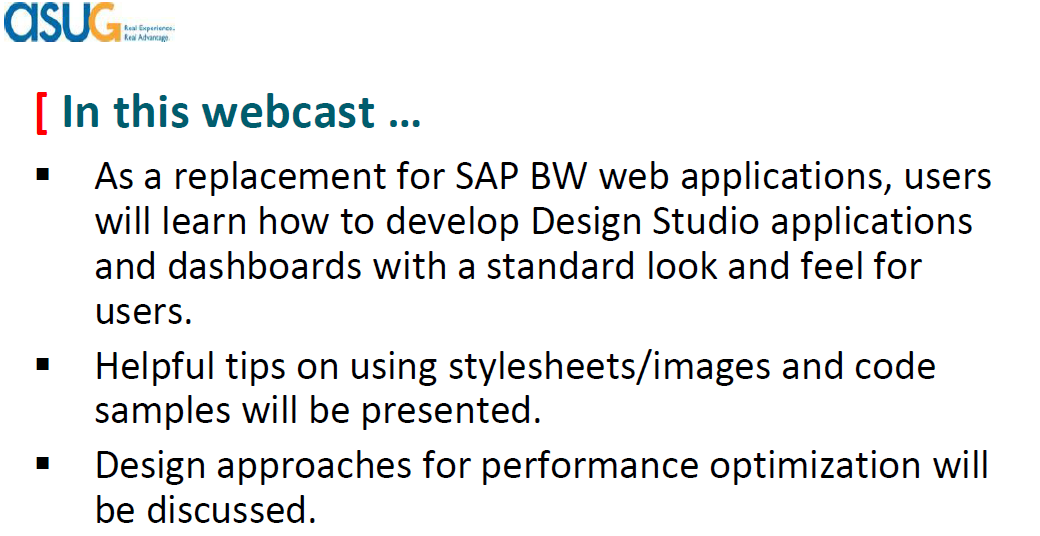 Greg said as a BW customer, he was looking for a replacement for their BEx web applications. 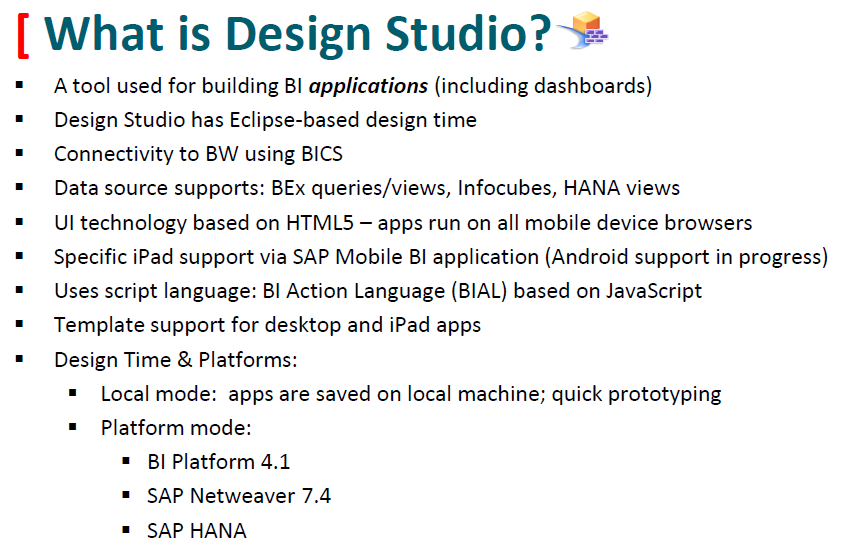 At design time it is Eclipse

All of Kindred’s data sources are BEx queries and views

He said to use local machine for a quick prototype

They use it on the BI Platform now 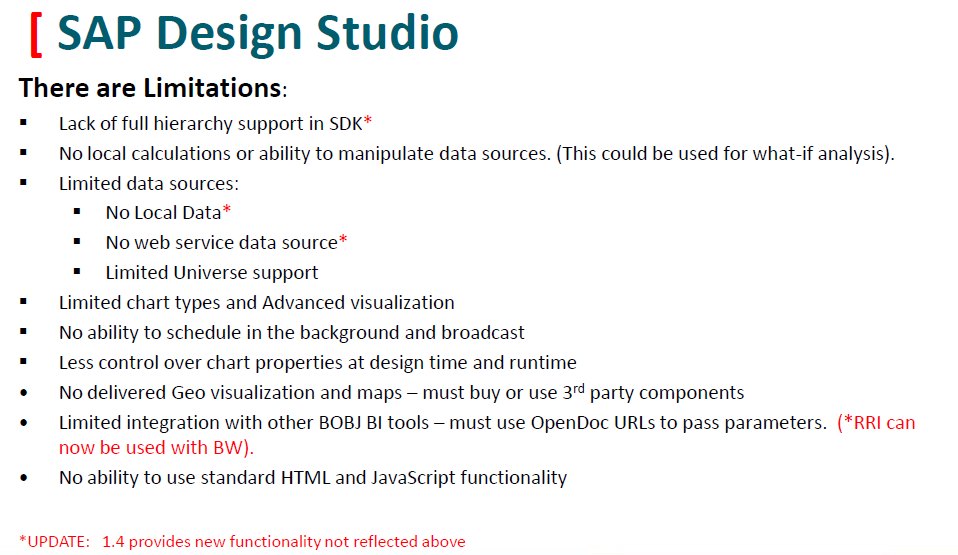 Figure 4 shows some limitations but there are third party components

You can use standard JavaScript; everything’s in BIAL 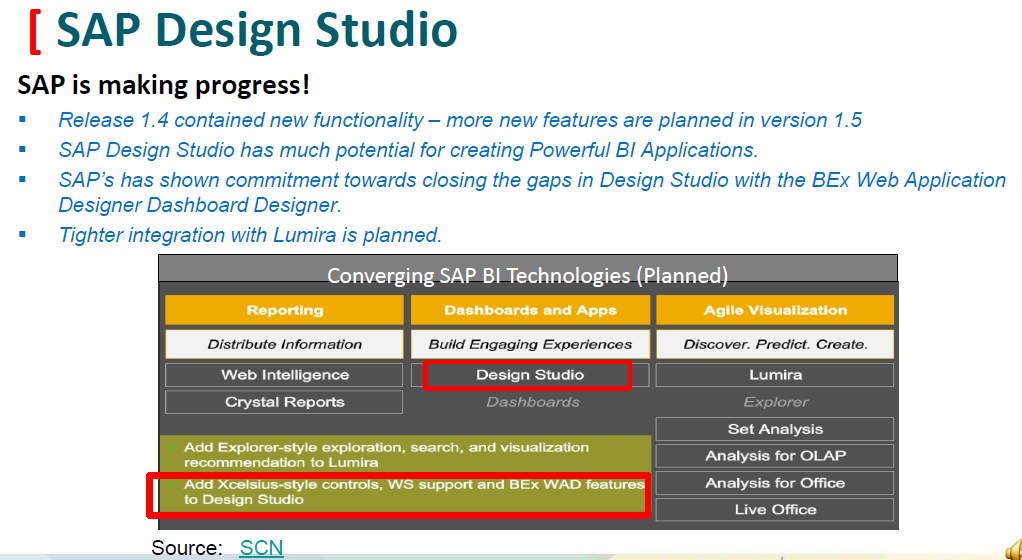 SAP is making progress, he said, and SAP is closing the gap.

From a customer perspective, Figure 6 shows a comparison between Design Studio and BEx Web.

Performance is comparable with BEx Web

Geo mapping is not in Design Studio; BEx Web has a dated component

Mobility is what is driving his company to Design Studio 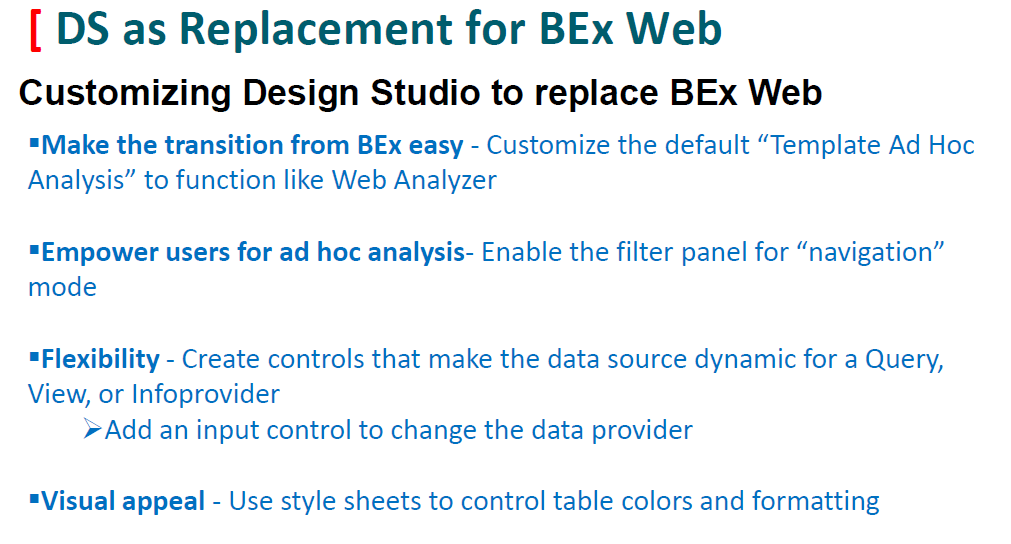 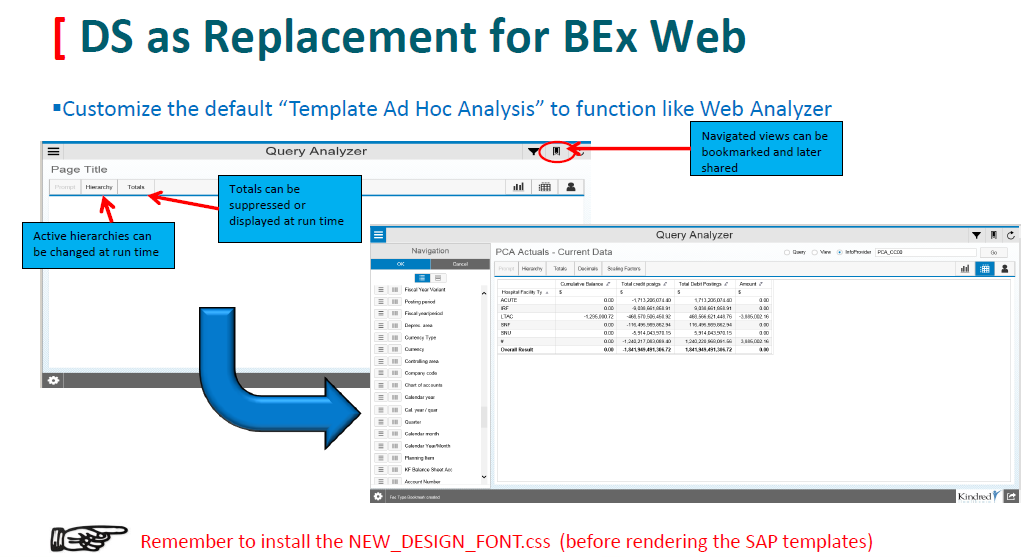 Figure 8 shows the ad hoc template; he suggests starting with this as it is similar to BEx Web.

You can change display hierarchy at run time 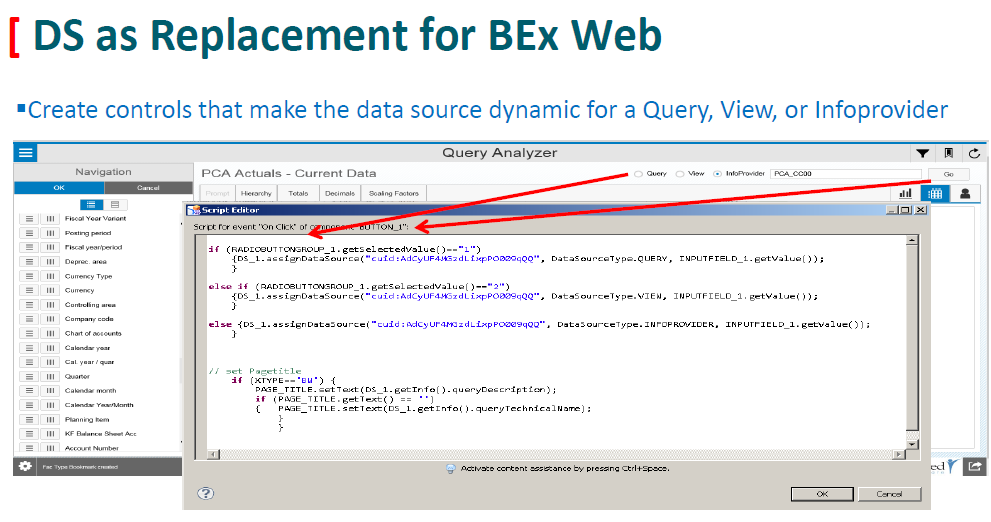 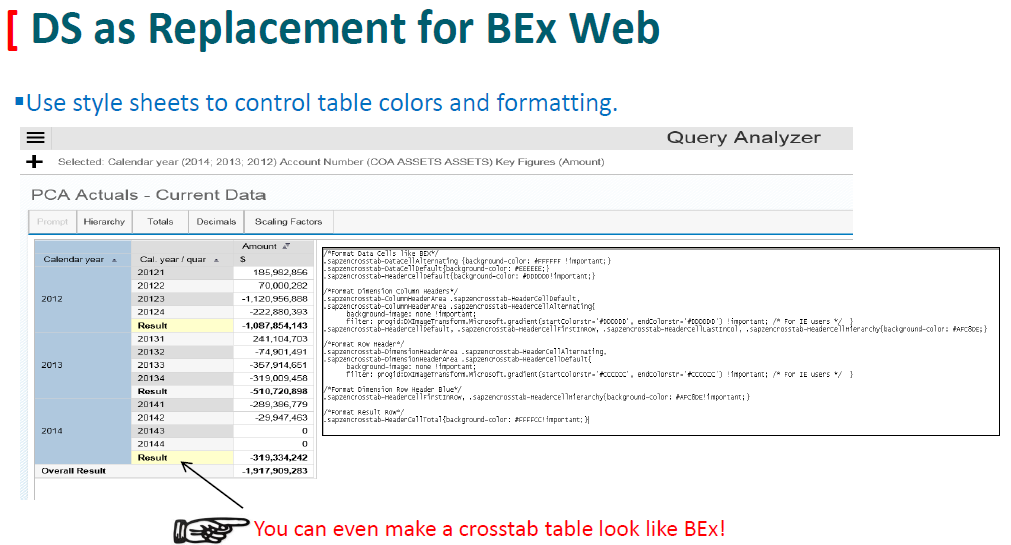 They created a style sheet similar to the BEx web style sheet to make the transition easier to their users.

It is similar to the trade show theme.