You can go to analytics.twitter.com to analyze your own tweets as Uwe Fetzer showed me the other day 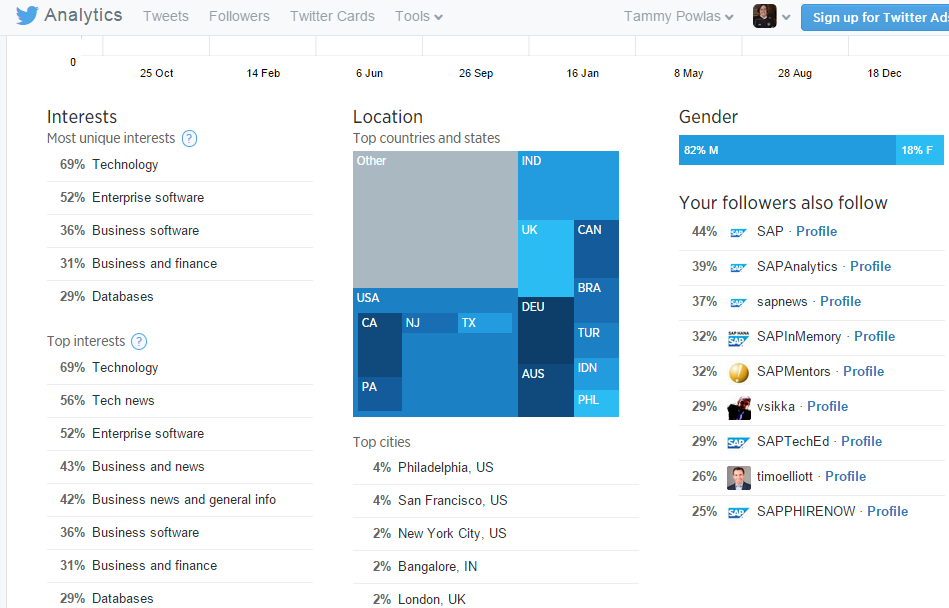 I was surprised the most of my followers are male (82%).  Top country of followers after the US is India.

I exported the data to Excel for further analysis.  According to Twitter Help Center | Tweet activity dashboard it downloads the last 3,200 tweets. 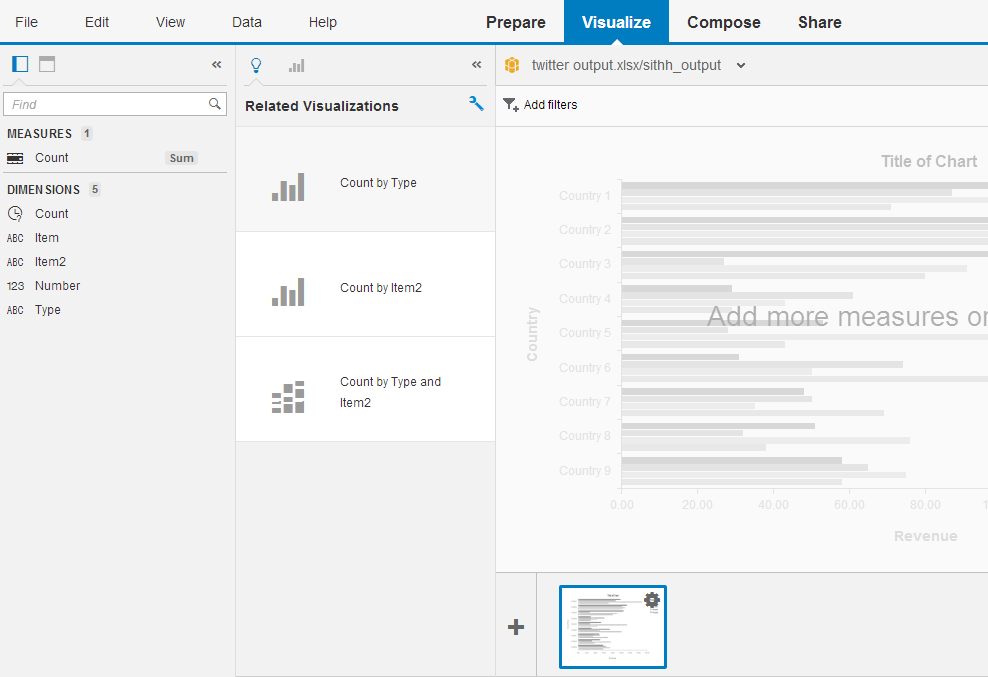 Because I am lazy, I use the light bulb to provide me with suggested visualizations. 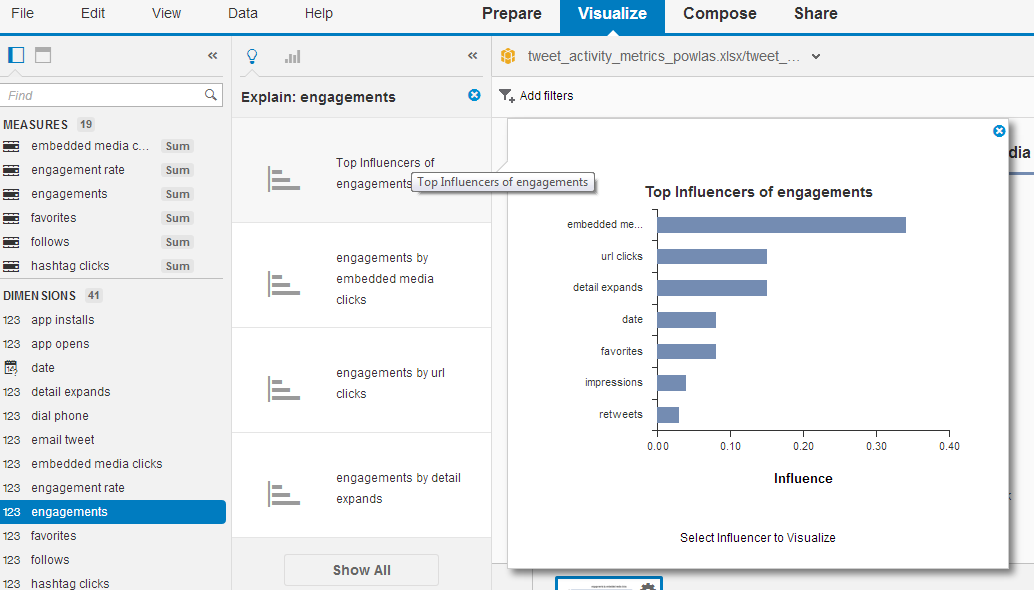 What I noticed today (and hadn’t before) is I can select an influencer to visualize. 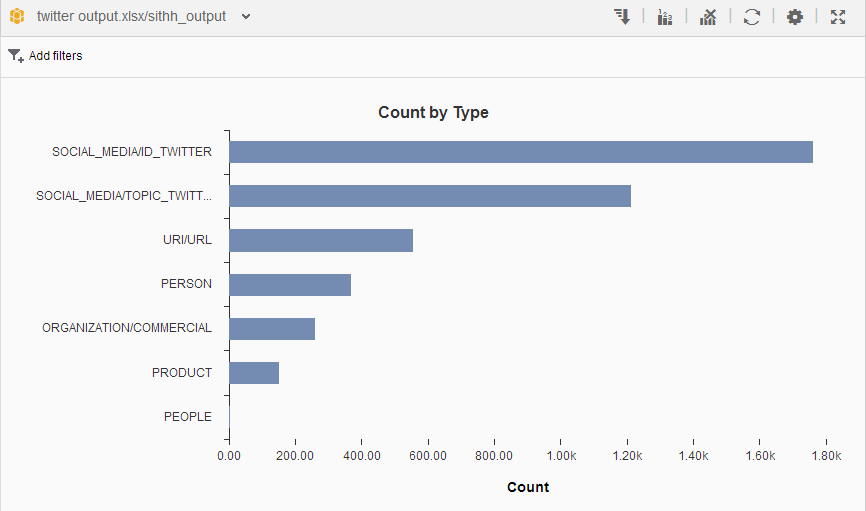 From the above most of my tweets include a twitter ID (other than my own), a topic (hashtag) next, followed by a URL or person. 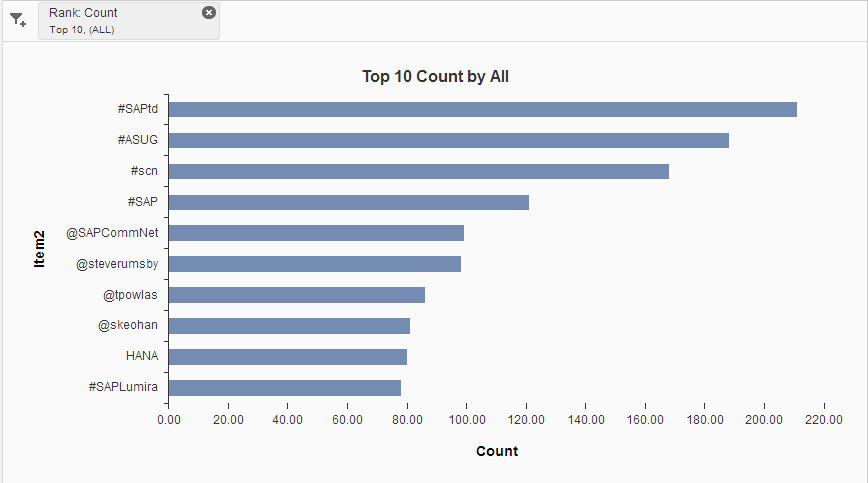 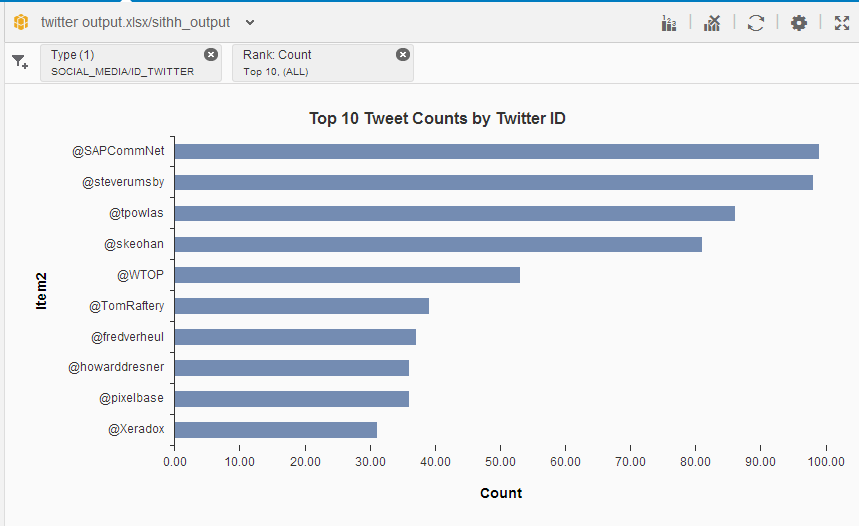 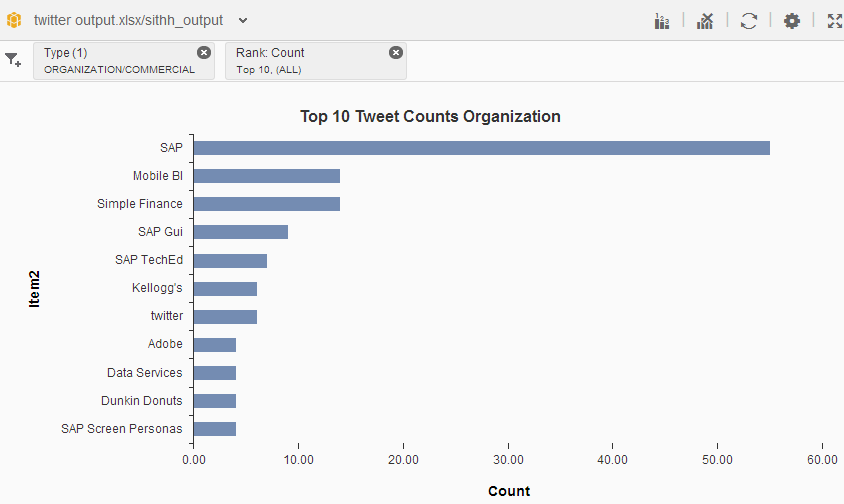 It also no surprise that SAP is first in the top organization for my tweets.  Most of the topics are SAP-related, except Dunkin Donuts 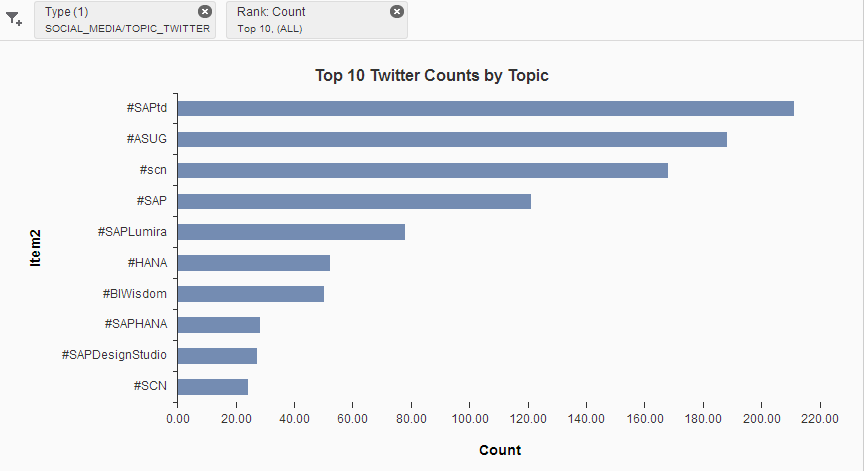 SAP TechEd was my top hashtag, followed by ASUG and SCN as shown above. 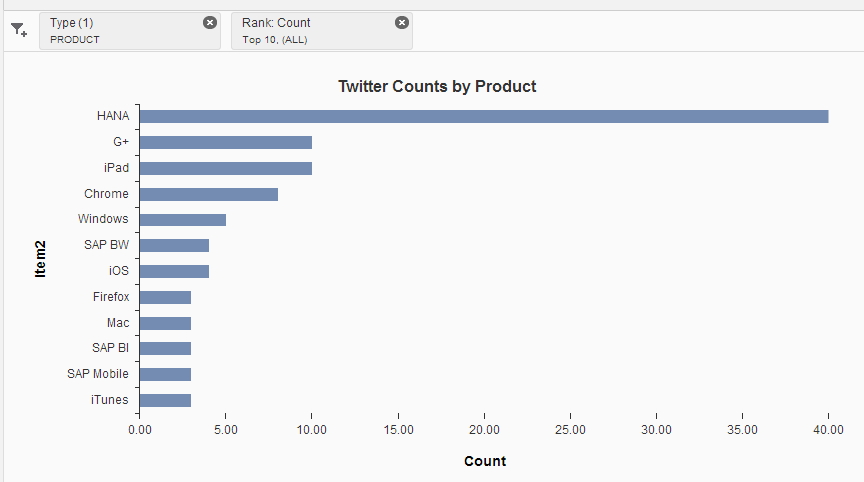 Top product is HANA – second is G+.  I am a little surprised about G+ as I don’t use it all that much.

Just checked my Twitter analytics out and quite surprised to find the depth of my tweets, pretty neat stuff