Earlier this week, the (RED) organization, founded in 2006 by Bono and Bobby Shriver to engage iconic consumer brands in the fight against HIV/AIDS, rallied their corporate partners at The Standard Hotel here in New York City for their annual Partner Summit. You may remember one of (RED)’s initial partnerships with the GAP and those charming t-shirts they designed adorned with words like “INSPI(RED)” and “DESI(RED),” but did you know that SAP has been supporting (RED) and The Global Fund since 2012?

I had the pleasure of attending Monday’s Summit on behalf of SAP’s Global CSR team, and listened on as the (RED) team reviewed highlights from 2014 and shared their strategy for 2015 and beyond. Guests in the room included companies like Snapchat, VICE, Coca-Cola, Belvedere, and Chipotle so you may be asking yourself how SAP, a decidedly non-consumer brand, works with this remarkable organization.

SAP’s relationship with The Global Fund and (RED) began 4 years ago and has included financial support as well as operational support in the form of innovative technology solutions. In 2013 SAP co-founded The Global Fund’s Innovation Coalition, which works to develop a blueprint for private sector companies to engage with the organization and affect change with more than just philanthropic dollars raised. 2014 marked the unveiling of a grant management dashboard which provides in country grant managers with the opportunity to drill down and track performance measures such as funds distribution. 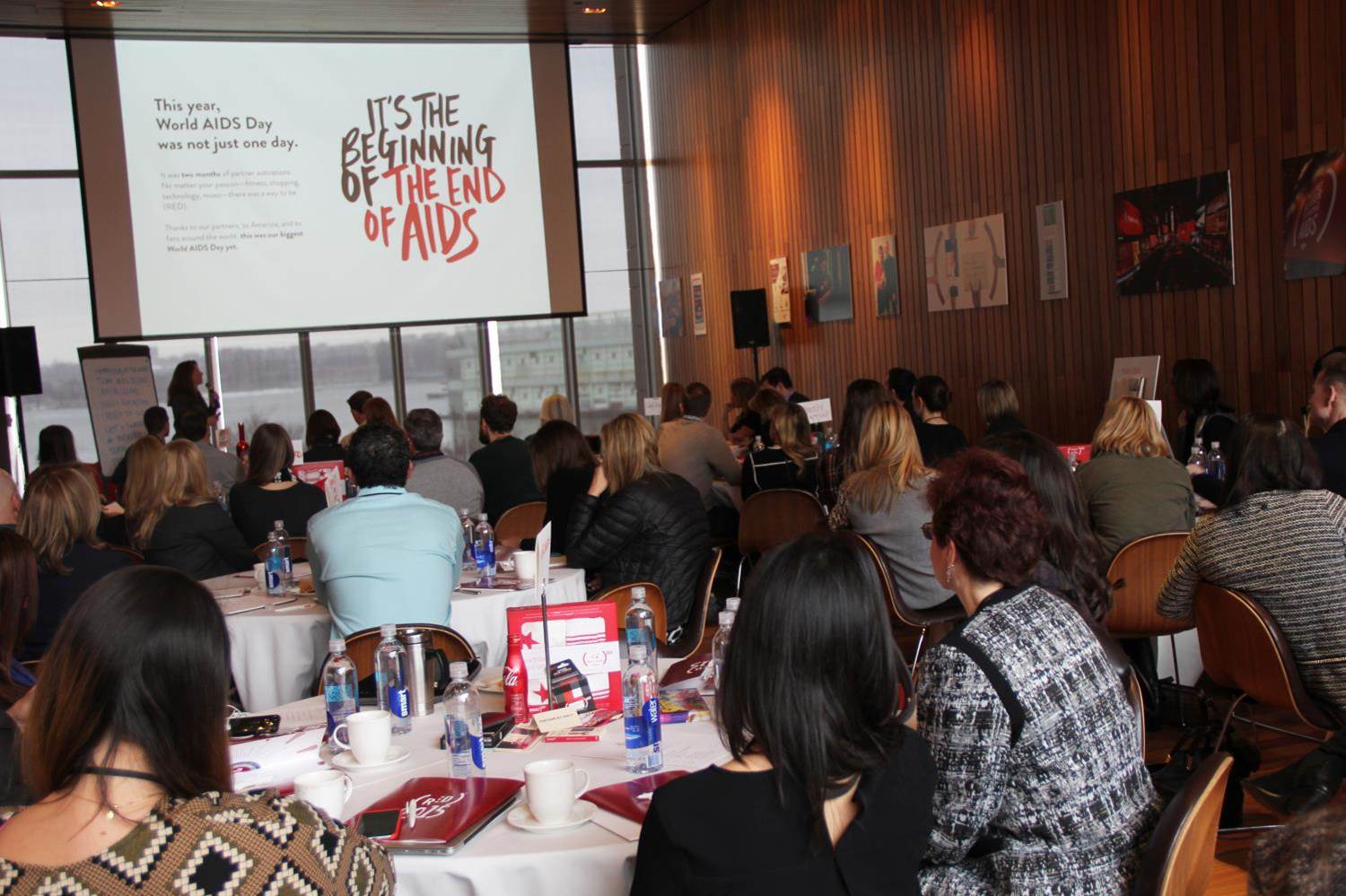 As the day progressed and the (RED) team shared stories of success it became clear that many of their most valuable lessons learned reflect universal themes that ALL companies large and small, public and private, should consider to ensure success. They outlined a few takeaways from 2014:

These are common refrains we hear sung at SAP over and over, as we look to simplify internally and help our customers run simple across the globe.

Of all the inspiring and impressive statistics shared during yesterday’s meeting ($300M raised to date by (RED) for The Global Fund, more than $25M raised in Q4 2014 alone, etc.), the most uplifting takeaway for me was learning that in recent years, the fight for an AIDS-free generation has finally reached a tipping point. The number of individuals newly receiving treatment for HIV/AIDS is now higher than the number of individuals newly infected with the disease each year. An incredible feat, to say the least.

The (RED) team also outlined their insights for the year ahead, and I was struck by their consideration for networks. They believe that the power of networks lies less in how MANY and more in “how STRONG.” There is a much greater focus today on the elasticity of networks and the reverberation effect that strong content can have when shared. Along those same lines, they pointed to a conjecture from Mary Meeker (dubbed “the Queen of the Internet”) that the 2015 tech world will be all about “troves of findable and shareable data.” Their goal is to leverage those indicators in a smart and wise way in order to better connect with their millennial and Gen Y audiences. Sound familiar? It’s their nod to the Internet of Things.

Before CEO, Deborah Dugan, and Chief Partnerships Officer, Jennifer Lotito, closed out the Summit with a moment of thanks and celebration for the $300M (RED) has raised to date for The Global Fund, we were treated to a compelling presentation from Jeremy Heimans, the co-founder and CEO of Purpose.com.

Jeremy spoke about the dramatic shifts the world is seeing in how people perceive their own sense of power, noting that both the framework for power models and the values that drive them are radically different than they were even 5 years ago. With compelling examples like “old power is held like a currency, new power flows like a current” and “old power downloads, new power uploads” it became clear rather quickly that Jeremy was onto something significant.

What I realized as I listened to him illustrate these shifting attitudes is that SAP, even as a 43 years young enterprise application software company, is in many ways already placing a disruptive lens over the old power dynamics so prevalent in the world of technology. We do so in the very way we do business every single day.

It was a true pleasure to spend the day with the (RED) team and their partners. The enthusiasm in the room was palpable and I believe it was fueled by pride in knowing that we all have this incredible thing in common – a formidable organization whose singular goal is to help deliver the first
AIDS free generation in 30 years.