Do you get frustrated by functionality that it lacking? Do you see something in the solution and consider it an incident but are then told it’s by design? Are you creative and love to continually improve this product? Are you stuck in a situation where you have to minimise custom developments for the GRC system? Are you nodding your head in agreement? Are you the type of person who strives for continual improvement? Is that a Yes?

Then time to take a journey to the SAP ideas Place for the GRC Products. This is your opportunity to have your voice heard and get the support of the community. It is a direct connection to the SAP GRC Product Owners – a great opportunity that can be hard to come by.

But hey, if you’re not an Ideas person then you get still join in. If anything, you are integral to an idea being considered. Vote in Support. Vote in Disagreement (some times the ideas have flaws). Just Vote! Add your feedback in comments.

SAP GRC team will only review ideas that have at least 10 votes.

The regularly review the Ideas Space and their next review is February 20 2014 – less than 10 days away. They will only review suggestions with more than 10 votes – Ideas cost money to develop. They will not consider ideas without customer support.

GRC Product team will add comments, request further feedback or review the idea in conjunction with their road map. You might find your idea accepted and scheduled for delivery (what an achievement) or you might find the idea is dismissed if it doesn’t fit the product road map. But hey, if it’s dismissed at least you’ll know why.

So dear community, we have an opportunity to provide improvement suggestions to improve GRC. It may not help you today but with a strong voice and support of the community, your idea could be there to help you next time.

There are lot of ideas created in the past two years that are still valid. They have less than 10 votes and aren’t getting considered due to lack of support. Someone may have a proposed a solution to your current challenge but their voice is not loud enough to be heard. Time to shine some light on the ideas and get behind them.

And remember to check back regularly for new ideas!

Vote on! The count down is on! 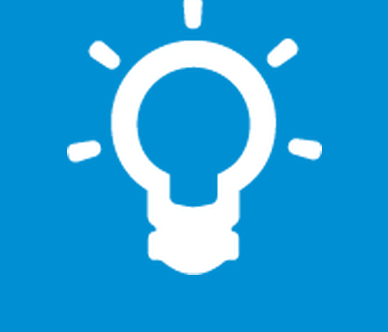