Can Social Listening Make You Millions in the Stock Market?

Ever wonder how to beat the buzz before the news?

Without a doubt, you’ve seen the market update that “XYZ Stock (that you don’t own) soars on approval news.” But by the time you see it, the price has already peaked.Those types of updates, despite appearing within the lightning-fast world of social media, are the kind posted by traditional finance news media – after the fact. If you want to make quick money on a stock, you need to know which direction it’s going and when – and you need to know it before the masses do. 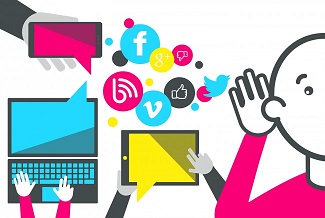 But some investors have figured out how to gain a competitive advantage using the unstructured data provided by social listening.  The goal remains to buy low and sell high, and analyzing community opinions may positively impact your decisions.

Can You Count on Sentiment?

Social sentiment indicators are based on info that users post to Facebook, Twitter, blogs and forums. A study from financial data firm Markit, showed that in 2012 and 2013, positive social media sentiment stocks had returns of 76% compared to -14% from negative sentiment stocks. This concept inspired U.K.-based firm Derwent Capital to create what’s now known as the “Twitter Hedge Fund” which during its first month of trading beat the S & P 500 Index by analyzing tweets to detect market sentiment. The company parlayed that one month success into an online trading platform where they now routinely “trade global sentiment”.

But where can the individual investor find social market data to use in real-time? We just saw how positive sentiment can help predict price movements.  This type of market-mood detection can provide buy and sell signals in real-time, but unfortunately, you’re not the only one that will see it.

However, it may be possible to find social sentiment on individual securities displayed within your online trading brokerage account. Some firms now provide social market sentiment data that indicates the percentage of people that are either bearish or bullish on an individual stock at a particular moment in time.

Some brokers now provide tools that include access to the most-shared links as well as to news that is “breaking” in social media before it’s released by traditional finance news media.

With this type of social listening you can:

While timeliness is one of the key potential benefits of social media content, you should be aware of certain risks that may be accentuated due to the nature of the beast. High frequency trading occurring on unsubstantiated news can be trouble. From the SEC we have this warning: “Through social media, fraudsters can spread false or misleading information about a stock to large numbers of people with minimum effort and at a relatively low cost. They also conceal their true identities by acting anonymously or even impersonating credible sources of market information.”

In July of 2014, the SEC halted trading on the aptly named CYNK Technology Corp. which quickly became known as “That fake social media stock.” It was subject to what’s called a “U3 extraordinary event halt” after its shares had skyrocketed from 6 cents a share to $21 in just three weeks. This gave a 6.4 billion dollar market cap to a “company” that had no assets, no operations, one employee and no product!  Word spread rapidly on social media not to miss the CYNK run-up, however, that party was soon raided and the stock price was recently back down to about 4 cents. Just like a high-heat, social media fastball, you need to have the discipline to lay-off of this type of offering.

When it comes to interpreting sentiment and developing algorithms that make sense, it’s an arms race out there these days. The use of unstructured data feeds by quantitative trading firms has skyrocketed from 2%, in 2012 to roughly 35% and growing, according to a study published by the Aite Group, a financial services consulting firm. But is there still too much noise and not enough actionable intelligence?

Put It In a Drawer

Many investors have realized big gains prior to the age of social media. Consider if you had purchased a few shares of Apple back in 2003 then held on to them for a decade. The value of your shares would have increased 10,000%! It clearly wouldn’t have mattered if you had paid more than the closing price the day you bought your shares.

But whether you buy and sell stocks based on break-through social listening technology that tracks sentiment, or simply based on tips you learn from watching seasoned market stalwarts on the “PBS Nightly Business Report”, the “trick” to becoming a guru is most often achieved through prudent and patient investing.

Whether they tweet it, post it, or hype it – always remember to take the time to do some technical analysis, because in the long run, buy and hold is the surest path to achieving happy returns.