Please Run it Simpler before it Drives us Mad…

I could also have called it

“The missing or outdated documentation syndrome”

“Stop playing with my SPRO path”

SAP always had a problem with documentation… and in some area if you finally succeed in finding some explanations they are either outdated or not relevant to your specific scenario. For instance on AD/SSO solution for BO the latest available documentation (from 2013) is still based on Windows 2000 and the sestspn parameter are wrong !

I just went through some rough time on ADS configuration for printing PDF from a GRC RM WDA (WebDynrpo Abap).

A Non SAP-aware person would consider this to be a very simple task like installing a PDFcreator on the client PC… but the printing solution is really complex and requires installing a Java instance for hosting ADS, and also installing BI Java usage on it.

I was not able to find a clear and complete documentation so I did first install a java instance with only ADS usage… and it was not working… so I found some document that suggest that BI Java usage was required. Too bad for me, I was on a 740 system and now the SUM is required to install new Java usage… this imply connecting my Java system to solution manager and run an MOPZ scenario…

After installing and configuring all the mess (JCO, RFC dest…) I did get an error :

That error did reference note 1413938 – WD ABAP ALV – creating print version that tells to “Specify the service to generate the PDF document” through a SPRO path valid for 740… but I did not find that path on my 740 SP05 system.

After spending some more time searching SCN / SMP I did found note 1630587 – WD ABAP ALV: IMG paths for Customizing Settings that did provide all the different possible SPRO paths for that option depending on NW release.

Too bad none of these paths were available in my version…. I’ve tried on few 740 systems and in fact the path provided in the note only exist on the latest SP08 version, for all previous SP no access to that option !

I did catch the underlying report / table (SALV_WD_CUSTOMIZING / SALV_WD_ADMIN) and could run it on my 740 SP05.. to find that the point was already appropriately configured !

I did notice that the ADSUSER account gets locked… and I was not able to track how. I did activate the SM19 security audit log but no events were logged, no records for these failing connections. So the wrong logging must come from the Java WAS.

By the end my problem was a stupid misconfigured password (and a wrong account as I used ADSUSER instead of ADS_AGENT) in the SOA template destination “ConfigPort_Document”.

Just a simple BC work by the end, it took me a week to install & configure everything.

It was tough to explain to my customer that 5 days are required to configure PDF printing !

Then I almost lost a full day to track a simple password error.

As a BC freelance consultant I make my living on SAP complexity … so I should not criticize it too much, but sometime it really going too far !

I hope the new S/4 will make everything simpler… but I’m afraid that this “simplicity” will only concern business process and not the basis layer nobody cares about.

This SAP Note is valid only for the following releases (related to your Application Server ABAP):

Path for releases as of SAP_BASIS Release 7.40:

First check your installation and configuration in accordance with SAP Notes: 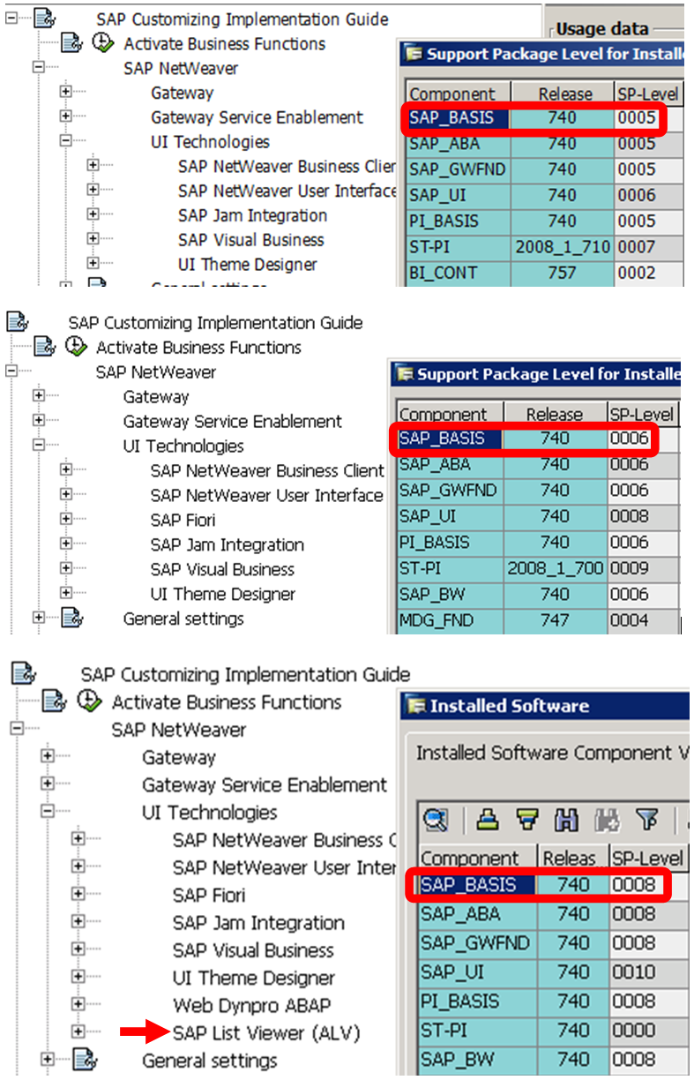