I’m a Dostoyevsky fan. (Geeky, I know, but I like the way he writes). One of my favourite lines is from Crime and Punishment: “Taking a new step, uttering a new word, is what people fear most.” That reticence used to be an accurate description of the Retail Banking industry’s attitude to the cloud. Not so much now, it turns out. In fact, cloud is now business as usual for a significant proportion of retail banks these days, and Europe is leading the charge on the highest share of new spending on SaaS. (Dostoyevsky didn’t tell me that. The new Ovum report did, “The Critical Role for Cloud in the Transformation of Retail Banks”.)

The report reveals some interesting new insights around cloud adoption in Retail Banking. In terms of SaaS penetration and future levels of spending, Retail Banking is well and truly in the official ‘adoption’ phase with cloud. In fact, of the 200 global retail banking CIOs that Ovum interviewed for its study, only 0.5 per cent would never consider using SaaS technology.  And it’s not just because of the cost reduction benefits. Cloud technologies are bringing wide reaching transformative change. Just look at the impact cloud has had on driving organisational agility. It overcomes the bottlenecks of long, internal development cycles and overworked IT staff. The old traditional IT delivery model is becoming increasingly unsustainable against the backdrop of rapidly developing customer expectations, growing competition and IT budget constraints. 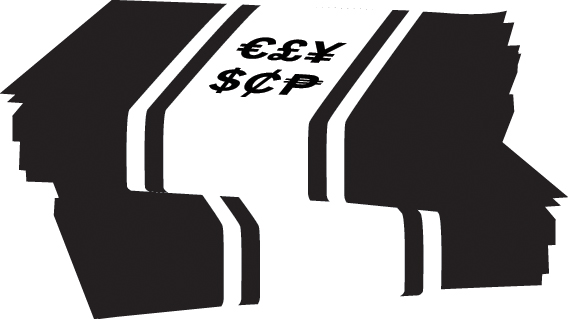 Enhancing organisational agility also levels the playing field for smaller players to access capabilities and functionalities that have previously been the domain of the big boys with deep pockets and armies of resources. In my view, this type of agility and ‘ready to go’ infrastructure is good for the wider industry as a whole. It fosters innovation, removes barriers to entry, shortens timescales and enables IT to be funded on a subscription basis, rather than through up front chunks of capital investment.

These wider benefits are also why cloud services are increasingly being used to support the whole business ecosystem for retail banks across a broad range of back, middle and front office functions (think customer-focused activities, such as product origination and customer servicing, as well as back-office payment processing et al). This is somewhat of a watershed shift from just a few years ago, when the cloud was thought to only have a limited role in supporting core, business critical processes.

Today, the cloud has shifted from a ‘supporting role’ to being poised to transform the entire Retail Banking industry. Although regulatory compliance is still the biggest inhibitor to adoption, this is expected to be largely resolved over the next three to five years as governments and the public sector bodies lead by example and adopt cloud technology themselves.

In my opinion, all banks should have a cloud strategy with a view on longer term business transformation that focuses on creating a roadmap for real, transformative change, not simply incremental improvements. The cloud is already driving yet more competition in an already highly competitive arena and will continue to do so. Why then, would any bank want to be behind the curve?

Let me know your thoughts on this topic in the comments section below and please share with your networks too.

You can read the Ovum research in full here.