How to Fix Database Node Failure or Data Packet Related Issue in BW.

To discuss above points I have used example of CCA load which failed, While rest of the running loads were failed lets say BPC data load and Planning loads, Z_0CO_OM_CCA_9_XXX process chain was running and adding the records. 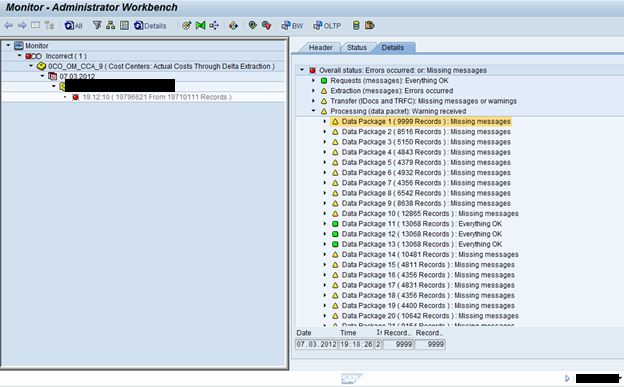 Check Transfer (IDOC and TRFC) for errors or messages. 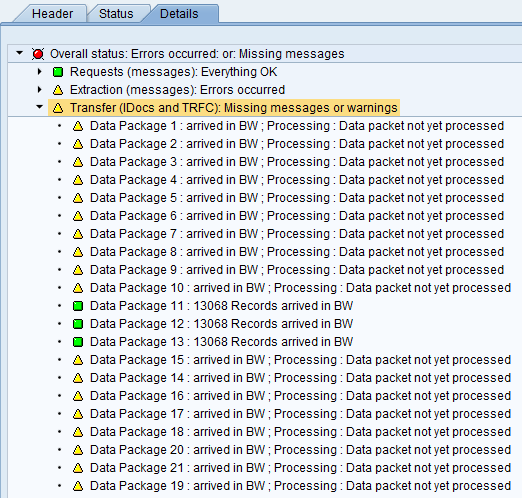 As you can see the first data packet itself failed to process completely at 19:18:26.

Packet 67 as shown below fail to get the IDOC data. 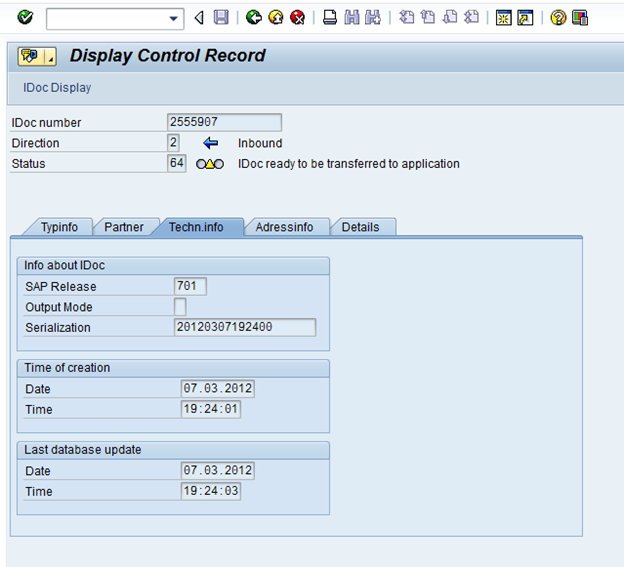 After that data packets were successful. But you can see the processing timing are different. 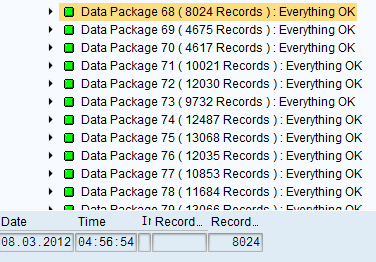 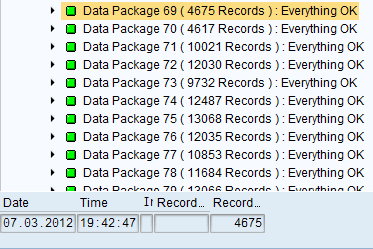 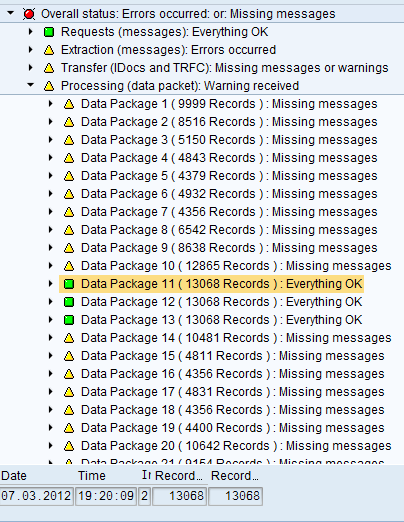 So since yellow packets can be processed later we never raise alarm till the maximum processing time gets completed for that particular load or we can check behavior of the load with the help of basis team.

So in the past also we faced such situation but definitely not for so many data packets but it used to stuck few packets like 4-5 data packets in say WBS load.

We used to manually update those packets in the data target. 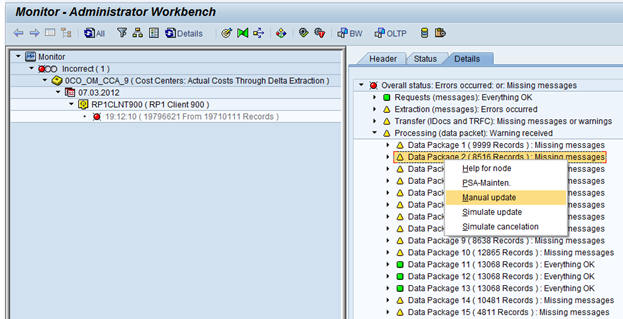 Also in case if there is any stuck IDOC in the system we can manually execute them in SM58 or BD87 with the help of basis team.(As BR team may not have authorization) 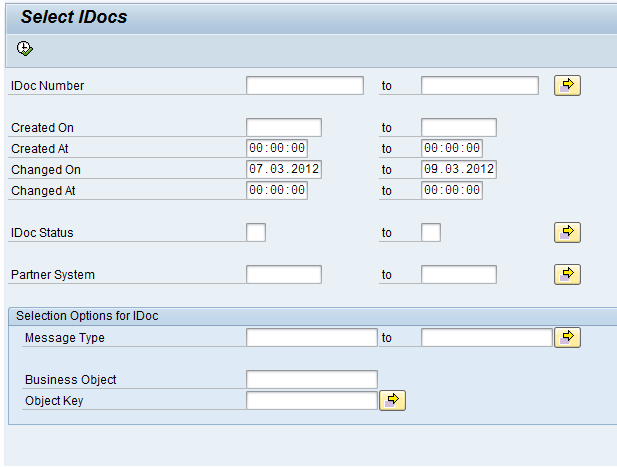