A service is configured to use Mulit Origin Composition to retrieve data from different backend systems, say Backend_1, Backend_2 and Backend_3.

Therefore corresponding system alias entries have been created in the SAP Gateway Server and have been assigned to the service. This works fine as long as every user that calls this service has also a user in all three backend systems. However f there are users that have do not have users in all connected backend systems the call will fail.

Since as of SP07 of SAP Gateway 2.0 it is possible to make the READ feed requests of a service in “Multi Destination Composition” mode error tolerant (SPRO -> SAP NetWeaver -> Gateway -> OData Channel -> Composition -> Flag OData Services to be error tolerant in case of MDC) customers have tried to use this feature to solve the issue describe above.

The fault tolerant behaviour should however NOT be used in this case since the intention behind the fault tolerance option is to handle temporary error situations, e.g. a temporary connection problem to the backend where a next call that is performed a little bit later would be successful.The initial request however is processed by all backends and does not break at the first failing backend.

The solution that we recommend for the use case mentioned above is to use routing together with multi origin compositino as described in the following:

In a situation as described above one would like to restrict the SAP Gateway server such that it would only call those backend systems where the user that calls the service also has a user. This can be achieved by combining the features of Multiple Origin Composition and Routing.

Let’s assume we have three different user groups A, B and C that have users in the following backend systems

We can now assign the roles USERGROUP_A, USERGROUP_B and USERGROUP_C to the users USER_A, USER_B and USER_C respectively so that their calls are routed to those system(s) where they have backend users. 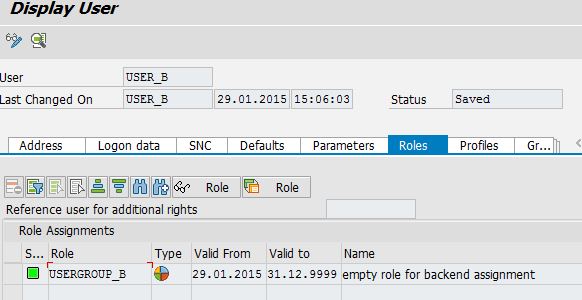 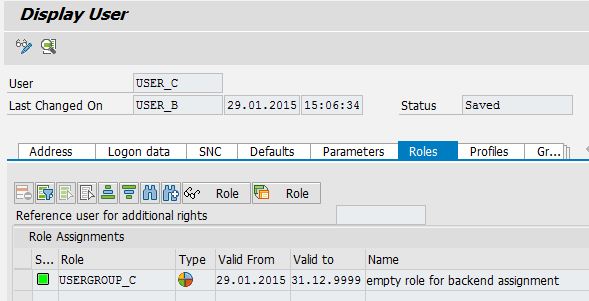 Please note that an additional key field SAP__Origin has been added to the response. Therefore it is possible to distinguish results from the different backend systems that might have the same key values.

If the users have only one user in one of the backend systems you could call the service without the MOC option. In this case the call is simply routed to one backend.

When assigning system alias entries to a service there is the option to mark an entry as default which is also described here: Assigning SAP System Alias to OData Service – SAP NetWeaver Gateway – SAP Library.

Why do we have this default flag ?

There are basically 3 types of requests:

The default flag is needed to specify a specific system alias to be used if more than one system alias is found but only one is needed. Let’s have a look at the following two examples where this is the case.

1.) Request of an entity set without using the MOC option

In the example described above this would be the case if USER_B performs the http GET request without using the MOC option.

than the following error message would occur:

2.) Retrieve the $metadata document of a service

Use case 2 – Use the host name in addition for routing

In this scenario different system aliases should not only be selected based on the roles that have been assigned to a user but also on the host name that is used by the OData client to call the service.

In this case you have add a host name including the port number in the field Host Name when adding a new system alias to a service using the transaction /n/IWFND/MAINT_SERVICE.

Please note:
Adding solely the host name without the port number will not work.

If a user uses the following URL

the system alias LOCAL2 will be used.

If role based routing and the use of host names does not suite your needs you can implement custom dynamic system alias calculation as described in my following blog.