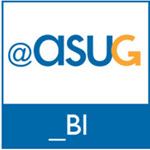 Today SAP’s Steve Paxian and ASUG Influence Council Customer Chair Jim Cull of Zurich provided this webcast, to report the results of the ASUG BI Influence Online and In-Product Education Council.  This council was formed in 2010, before the release of BI4 and helped influence the tutorials at sap.com/LearnBI or Official Product Tutorials – SAP BO BI Suite 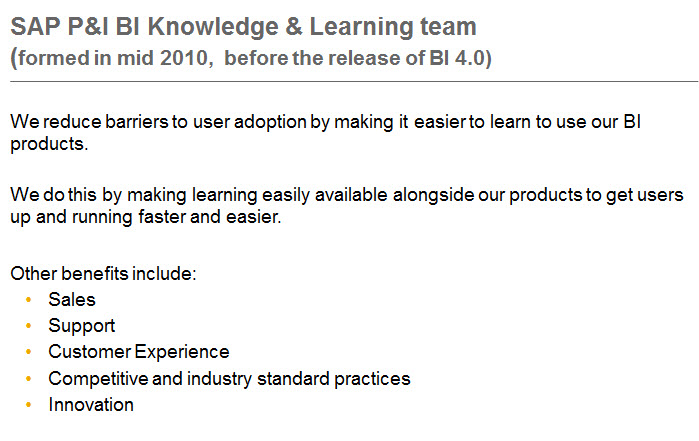 After the BusinessObjects acquisition, the SAP team was moved to product group

Originally they wanted to embed the tutorials into products?  This turned out to be a challenge for development 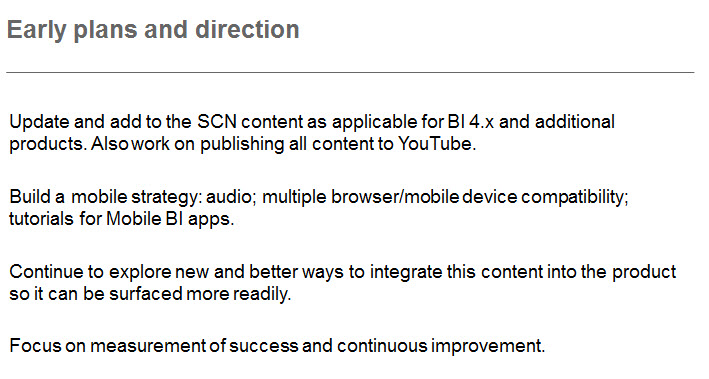 The plans were to keep it as simple as possible

They made a decision to move to YouTube to mobile enable

There is a challenge to integrate into product

They are investigating embedding it into products like Lumira 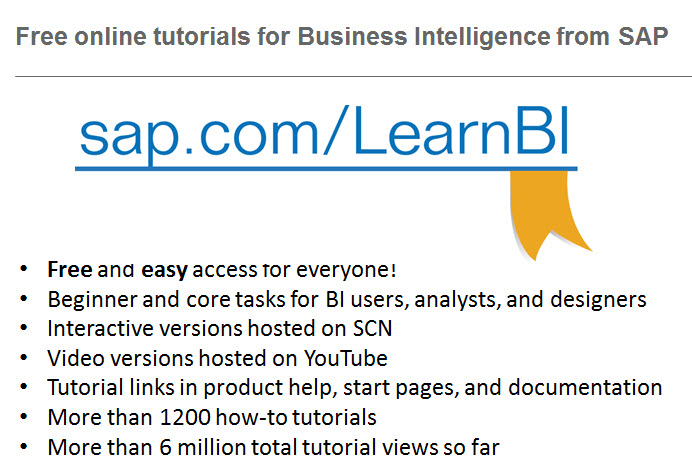 For the tutorials, SAP has not taken on BI admin tutorials

First year, 800 tutorials were created, based on previous experience

Now learning new things, and less basic tasks and advanced and those take longer to create 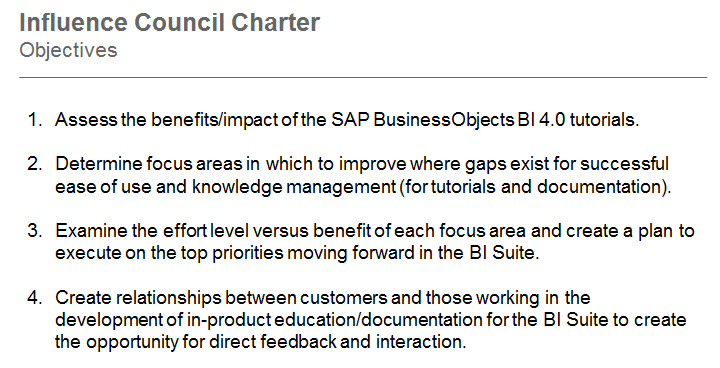 The Influence Council began towards end of 2011

Figure 4 is the council charter, formed to help assess benefits and impact of tutorials, and help determine focus areas to improve

The council influenced suggestions on styles, how long to make videos

For SAP, it was a way to create relationships with customers since it was a new project and new idea

November 2014 the decision was made to close the council 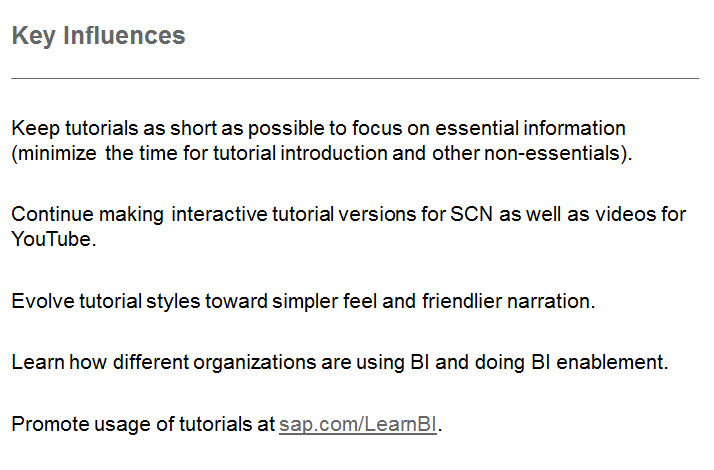 Figure 5 shows influences by this ASUG Influence Council.  One is to keep tutorials short – use these as just in time learning

The council preferred interactive over Youtube – in control of the tutorial, the pace 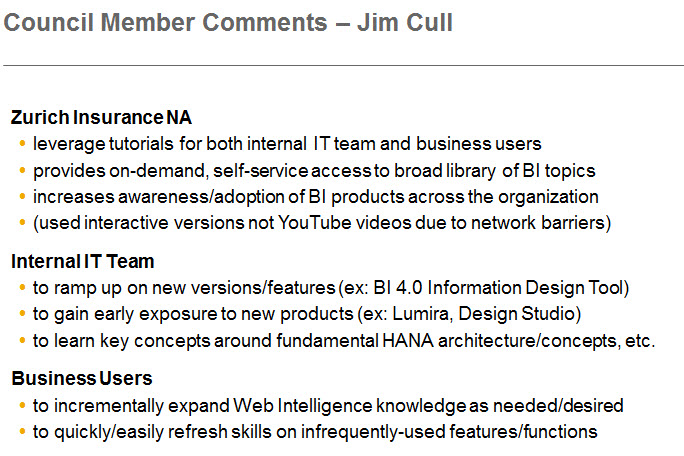 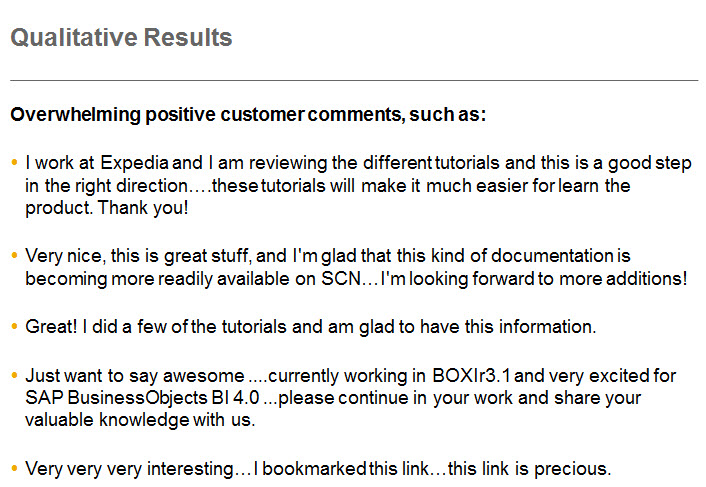 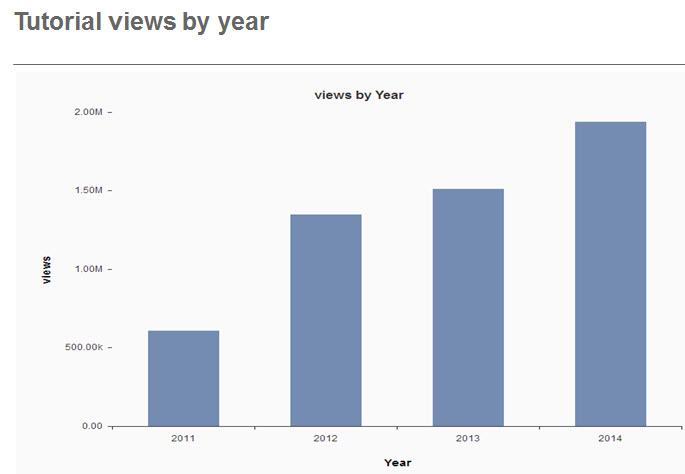 They have exceeded this goal as shown in Figure 8

Also the use of Design Studio tutorials has grown rapidly 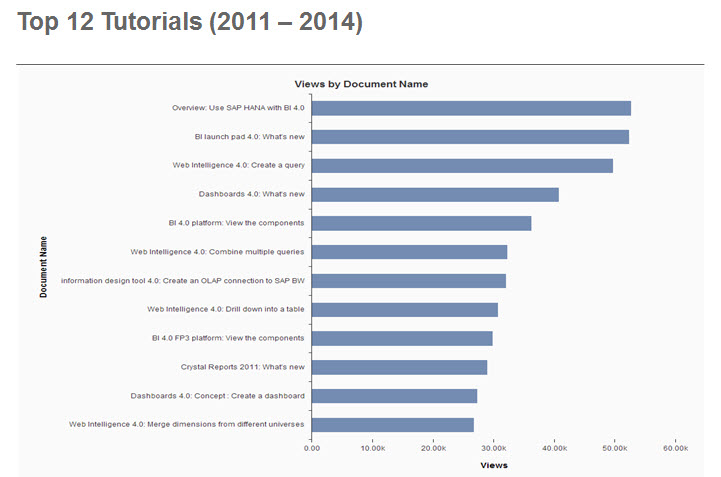 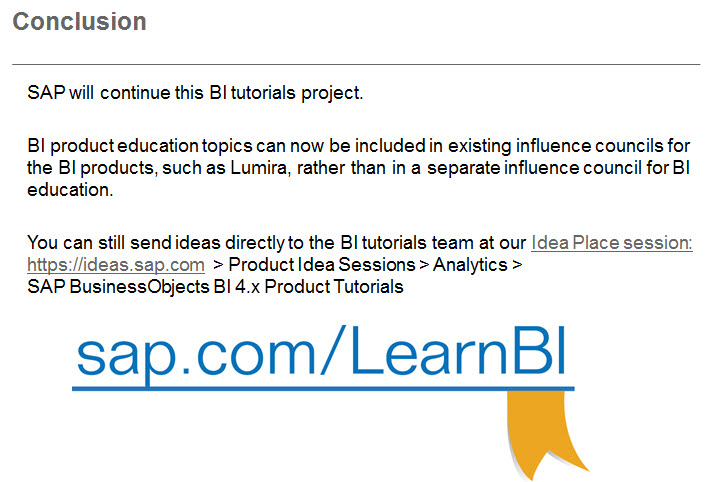 Q: Is a training session added to SCN at the same time it is posted to youtube?

A: Create SCN one first, producing video is quick – so yes, they are essentially posted at the same time.‑

Q: I just want to compliment your SCN page for Lumira.  We are looking at getting Lumira soon and the information that I get from these links for Lumira are extremely beneficial.

A: Thank you for attending and your questions.‑

Q: Will you have BPC EPM client training?

A: Good question; when started focused on BI; internally should catch on with other products groups. EIM has tutorials on SCN – HANA academy on YouTube – his team doesn’t have capacity for other areas.

I want to thank Steve and Jim for today’s webcast and their support of ASUG.