Hey is that you? Is it really you? Dare I say I have met, THE fabled SAP Global University Alliance? But where are my manners, I don’t think we’ve been formally introduced:

My name is Dahn Pratt and I am one of your new Student SAP Mentors!

You may ask yourself how I ended up on the SCN community, and that would be a valid and straight forward question. The answer however is a bit more convoluted. Before trying to impress you with accolades and accomplishments, (I’ll try to keep these to a minimum) I want to briefly write about my initiation into the warm and welcoming community of SAP (it’s not a cult, I swear!)

My relationship to SAP:

As an extremely lucky Junior in high school, I traveled with Marilyn Pratt for a 2 month trip to South East Asia. While exploring remote corners of Southern India, my mother and her colleagues were hard at work making final arrangements for community activity at SAP TechEd in Bangalore. Mark Finnern who headed the community team was called away to an emergency in the US. Through some stroke of luck and genius on the part of Craig Cmehil I was able to help ensure the smooth orchestration of a multi-day, international conference attended by thousands of people! The experience definitely stayed with me as I traversed high school and post-secondary education and my hope is to once again rekindle my relationship with SAP and its ecosystem.

Now that you understand how I got here we can continue. Without further ado the exposé on the enigma that is Dahn Pratt. *insert overly dramatic music*

A little about myself:

I’m a freelance hypnotherapist and a certified pathological liar. In my spare time I enjoy deep-sea ornithology and studying the mating habits of capybaras, Oh, we can’t make this up?! Well my life isn’t quite as interesting, but I guess I can give it a shot.

I was fortunate enough to graduate from high school through the Technology Enriched Academy for Math and Science in Teaneck, NJ where the focus was system administration and networking (Cisco Networking Academy AB & CD) programming (VB.NET, C++, Java) as well as computer aided design (AutoCAD). Pretty standard stuff for a teenage kid enthralled with the sputtering of a clunky computer he found outside. Again we must take pause here to note something of importance: Teaneck, New Jersey; a very interesting place, with an illustrious history. In 1965 Teaneck, a predominantly caucasian community, became the first town to voluntarily desegregate its schools. Pretty cool right? While attending high school in this incredibly diverse and historically significant community I was given the honor to be captain of the Cross Country, Indoor, and Outdoor Track & Field teams. Although I won district, regional, sectional, and state medals as well as competed at the National Championships, the true privilege was being an ambassador for my school, my town, and the ethos of civil rights and liberties. Such ideals are no doubt a catalyst for where my life has taken and continues to take me.

OK enough of the lovey-dovey stuff. Let’s get to the meat and mortar.

I am an Honors Political Science graduate (magna c laude) from York University in Toronto, ON, Canada. My primary focus while at York was International Relations, Foreign Security and Diplomacy but I am also well versed in Multilateralism, Political Economy, Middle Eastern Politics, as well as Political Theory. The focus of my studies originate from the morality bestowed upon me at Teaneck. Being immersed in such a heterogeneous community, where over 40 active houses of worship co-exist, made multiculturalism natural for me. In my humble opinion,Teaneck created an environment of pluralism that has yet to be replicated or matched in my life.

We keep straying away, if you don’t mind I’d like to continue showboating.

At York I was a member of the Varsity Track & Field Team. Apart from being the team captain I was a 4 time Academic All-Canadian and also represented the school at both the provincial and national championships where I placed 2nd and 3rd, respectively. Because of my academic track record and as a leader of the team I was also selected to be a mentor for incoming athletes in order to guide them through the transition into university life and its plethora of challenges; academically, athletically, and socially.

No, this picture is not some weirdo trying to give you a high-five, its actually me competing at the National Championships in Edmonton, Alberta, Canada.

During my time at York and even before, I was fortunate enough to be exposed to many opportunities that not only enriched and enlightened my worldview but allowed me to engage with a myriad of people, places, organizations, and ideas. Before attending York I was a participant in the unique KIVUNIM:New Directions gap year program with a focus on bringing world consciousness to its participants through rigorous academia but also altering preconceptions through extensive traveling to a multitude of countries. The egalitarianism that KIVUNIM prides itself on fortified my upbringing in Teaneck and manifested my beliefs and values to the macro-level. KIVUNIM was and continues to be the most incredible and awe-inspiring undertaking of my life, so much so that when I was invited to be a resident advisor and teaching assistant for the 2014-2015 year I took a sabbatical from continuing my graduate studies. 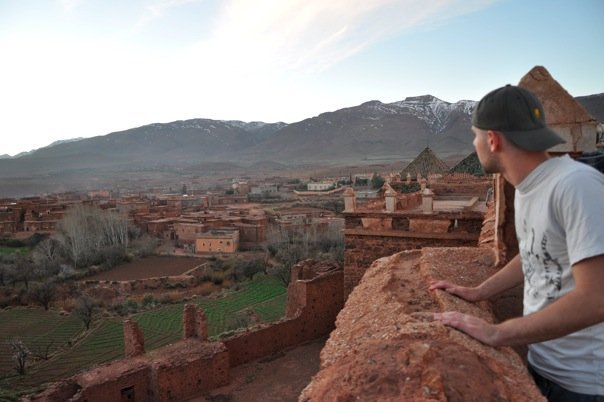 Is this boring you? Should we change the topic? Fine, fine.

Apart from my studies and my current occupation, I have a passion for the outdoors, specifically long distance hiking. Recently I completed an unsupported 500 mile section of the Appalachian Trail and have my sights set on the Pacific Crest Trail as a future challenge. Being in nature for a prolonged period of time has a very therapeutic quality that not only creates a clarity but also forces an engagement with oneself that is often lost in the urban world of distractions.

Plus I get to hike with this goofy guy. His name is Kalvin, and he is bar-none the BEST trail dog anyone can ask for. From scaring away bears to keeping me warm at night, Kalvin is a terrific companion that fueled and motivated me through our two month escapade. 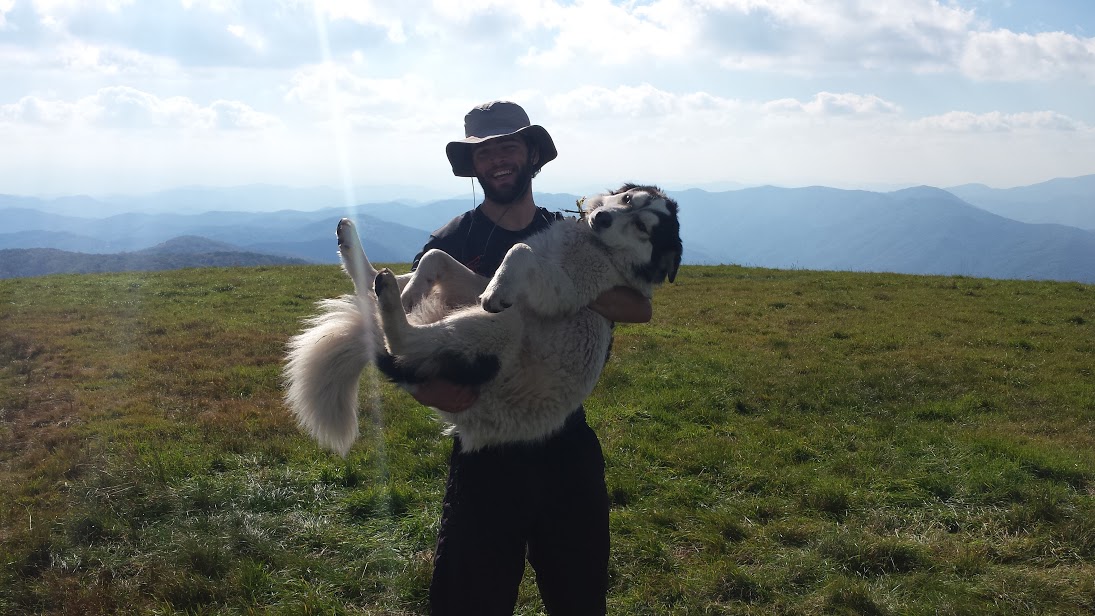 Alright, now I know your sick of hearing about me, we’re almost done here, I promise.

At first glance most of my experience and adventures seem unrelated to technology, in general, or SAP, specifically. However a lot of what I was and continue to be engaged in is very much grounded in technology. Examples in my athletic career such as monitoring my heart rate, measuring oxygen efficiency, and timing intervals while conditioning myself to compete in Triple Jump has allowed for success. In a different vain, my long distance treks, where coordinating logistics, resupplying food, finding adequate water sources, and navigating through the wilderness with the guidance of a GPS were a matter of survival. Each part of my life has been very much impacted by the need and desire to use technology.

So that’s me in a nutshell sort of speak (what an odd idiom, am I right?).

But why are you reading all of this and furthermore why should you care?

As a Student SAP Mentor in the University Alliance and the greater SCN community, my role is to select and facilitate a project with the net result of “the greater good of the SAP community”. Seems like a lofty goal, but I think that my undertaking should also have a utilitarian quality, in that as an ethical endeavor it should benefit not just the SAP community but as many people as possible. This holistic approach is no doubt grandiose but with such a large community and so many exceptional minds I have no doubt we can do something incredible!

Hopefully now you can start to understand why I was blathering on about all these esoteric abstractions and oddly personal exploits and see the growth and impact my upbringing as had on me, its all come full circle, hasn’t it? But I still haven’t said anything specific about my project. I think I have some brainstorming to do. In the meantime, I am looking to you, the SAP community, for guidance and direction as well as project possibilities to truly captivate the community with a concept that can be both particular in where it originated and universal in its impact.

If you made it this far, I want to congratulate you, thank you, and admire your perseverance for getting through this disjointed and sporadic introduction. In the future I’ll make sure to be more focused, I promise.

Thanks again for reading and I look forward to engaging with you! (Yes you)

Welcome to the community!

I am a Cloud Transformation Consultant and on a Fellowship at UA for Latinamerica.

Thank you for the warm welcome Ruth! I'll be following closely 🙂

Wow, Dahn, pretty amazing what you've already done so far. But, as the son of Marilyn Pratt, what else would we expect?

Welcome back! Very much looking forward to future interactions and seeing the same energy from Bangalore applied on a larger scale!