When an SAP backend system is being called from another SAP backend system with the use of tRFC currently we have no ways of monitoring errors in such integration scenarios. In case the tRFC call fails on the destination system in some cases the users on the calling system would like to:

a) know what kind of error occured in the destination system

b) restart the tRFC call without running the initial transaction

AIF 3.0 (new version available as of October 2014) offers a new functionality which can help to solve both of those issues. It’s now possible to create an AIF interface which will enable monitoring of tRFC calls which ended with an error on the destination system. Furthermore with AIF 3.0 it’s also possible to restart those errors and even debug the tRFC calls on the destination system directly from the calling system. Below you can find a list of steps required to customize such an integration scenario.

Create an RFC enabled function module on the destination SAP backend system or use an existing one. 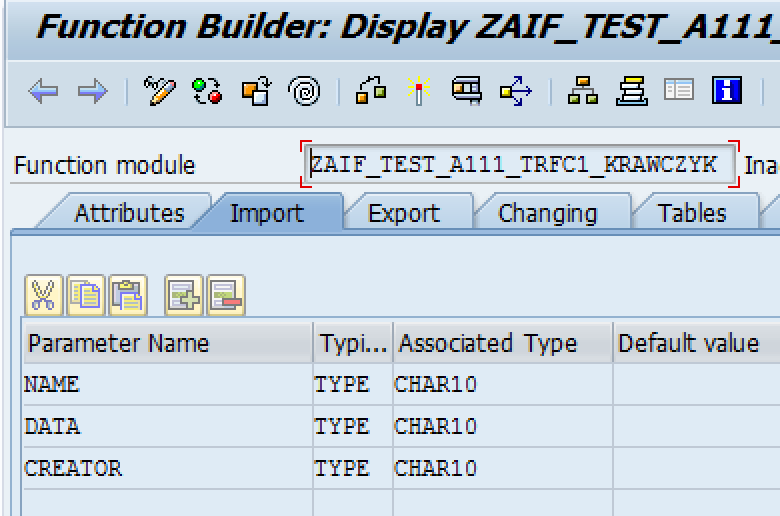 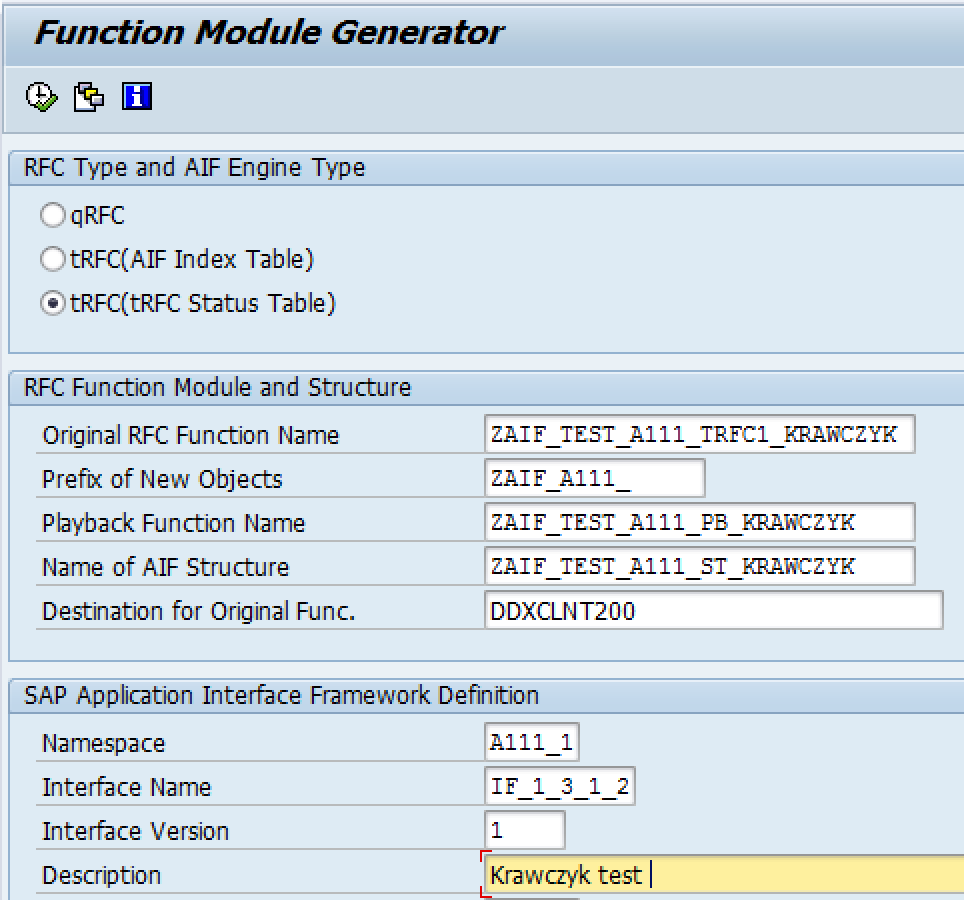 Execute the report/transaction on the calling SAP backend system which will send the data to the destination SAP backend system. Only if the tRFC call fails we will be able to monitor that call in AIF. In case the call is successfull we will not see any data in the AIF monitoring transactions. As you can see on the figure below the failed tRFC calls are visible in the AIF monitoring transaction and we can even monitor the data from the RFC structures (name, data, creator). 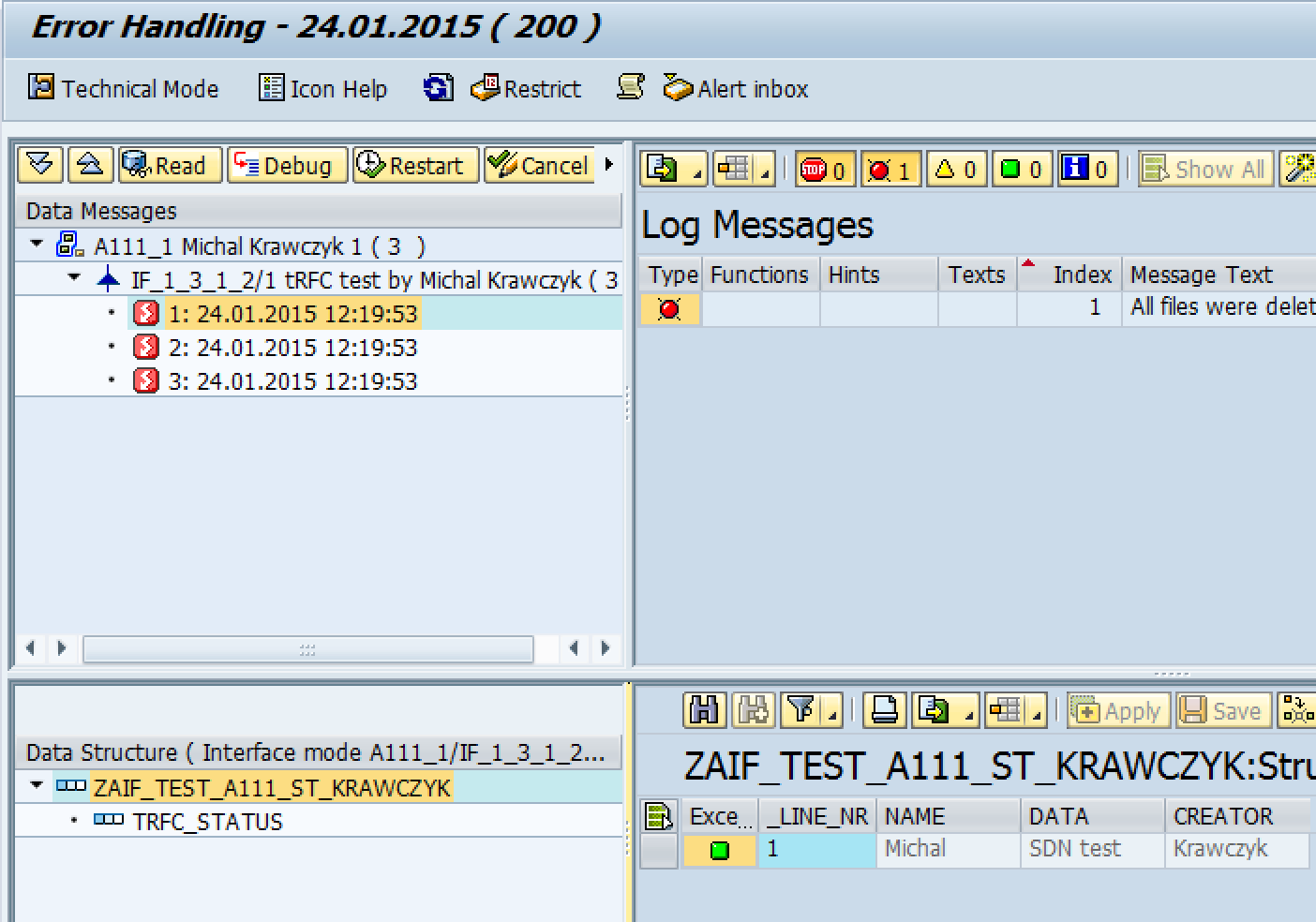 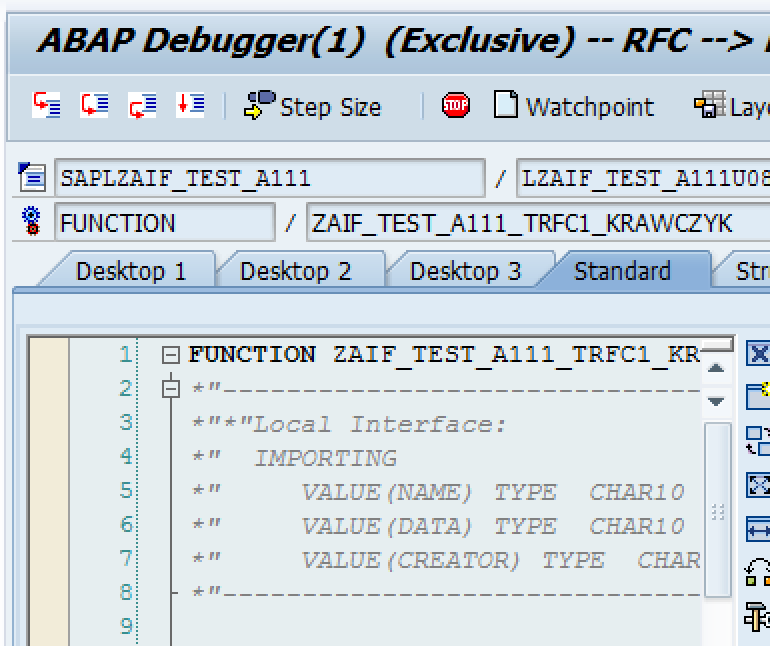 Please keep in mind that once all tRFCs calls are successfully corrected all the entries from the AIF monitoring transaction will be gone and not marked as successfully completed as with other AIF scenarios.

Definitely a really useful blog. Finally, we have a way to monitor the RFC. As per my understanding it can be used with PI scenarios with RFC receiver, isn't it?.

Will try to investigate and come back once I have the answer but a perfectly valid question,

Is there Some configuration missing in this article after step 2 and step 3?

Please suggest on below.

After the Structure and Playback FM are generated. How do we trigger the AIF ?

Is that the  /AIF/TRANSFER? or any custom report?

Could you please give detail idea on the RFC monitoring steps after the Structure generation.?

what kind of errors are recognized by AIF. Only Dumps or can we tell it to also monitor "business errors" in case of wrong/ inconsistent data?

This will only capture the connection issues we face while connecting to destination system , right?

Thank you for sharing this link, it was very helpful for me to understand function module generation. I'm looking for SAP PO-AIF integration through RFC, could you please guide us on same? my SAP PO is java stack server which won't support trfc. It will be very helpful if I get any pointers on same.

we need a solution for this AIF PO integration through RFC so that real business scenario can be implemented for SAP SD/MM module for business.

I have scenario where we are having an RFC based Web Service and we have to integrate AIF to monitor the incoming RFC call. Will this setup work for this scenario also ?