As you might know SAP BW does not allow every possible character in character strings. An upload or activation can terminate in such cases. It occurs frequently with character strings where users (or interfaces) can freely enter text.

In blog Introducing an Add-on for Cleansing Character Strings I introduced such an Add-on which I developed. In this document I will provide you with detailed implementation instructions for creating the Character String Cleansing Add-on and using it in Transformation Rules.

Please have a look here to download the attachments.

Create Class ZCL_CLEANSE_CHARSTRING as shown in the following screenshot. 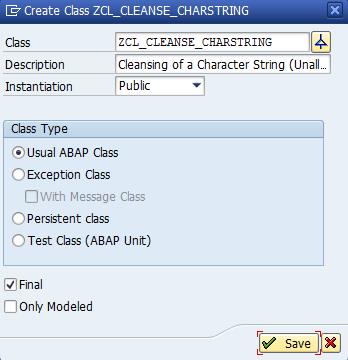 Refer to one of the attached files depending on your SAP BW release:

From here you can quite easily build up the class using copy & paste:

For the copy & paste action of the source code you should switch to the Source Code-based Class Builder using the corresponding push button. This is the easiest way to copy and paste all coding. The class will now contain all methods, parameters and attributes. Only the texts of the various metadata elements are missing. This will be a manual copy & paste action for every respective metadata element. 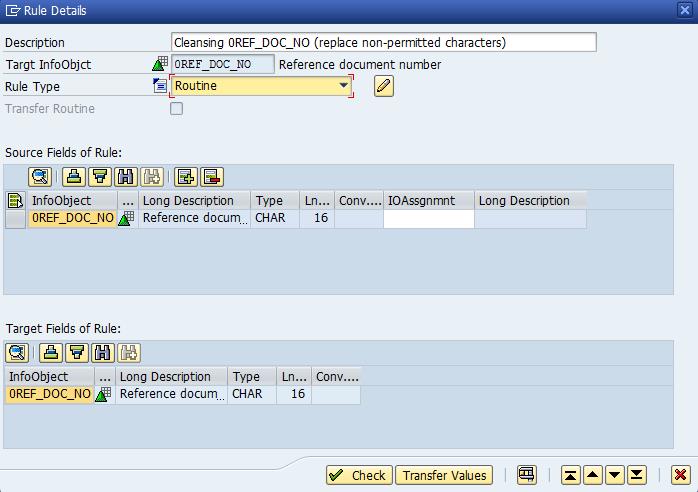 The easiest way is to remove all “default” coding, use the Pattern function, choose for ABAP Objects Pattern and specify Class ZCL_CLEANSE_CHARSTRING and Method EXECUTE. Then proceed as follows:

*) The replacement character may contain one of the following characters: _?#* or the SPACE symbol. Any other character will be replaced by the default SPACE symbol.

The coding of your routine should look similar as in the next screenshot. 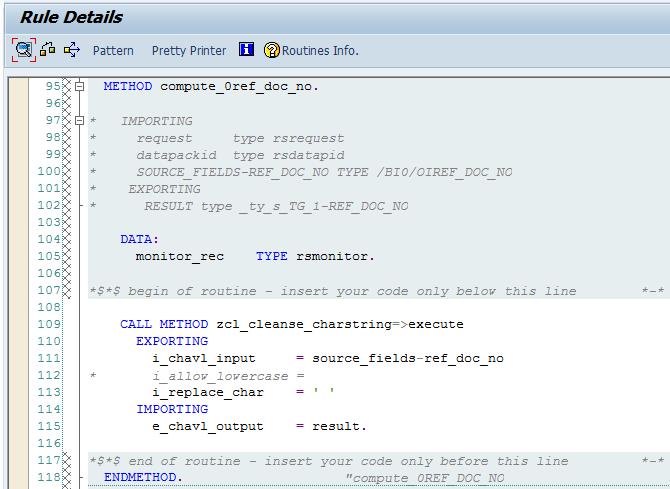 Interesting piece of code, Sander, it's one of those things everyone could use, but hardly ever has the time to develop him/herself. Thanks for sharing!

excellent sander. This is really super.

Please note that I replaced the attached file ZCL_CLEANSE_CHARSTRING_v2.txt. This version is developed in SAP BW release 7.4 SP 11. Some minor issues (e.g. with class CL_RS_UTILITIES) are solved.

If you might encounter problems with the new version on releases lower than 7.4, I suggest to refer to version 1 (which is attached to version 1 of this document).

You should think of doing a nugget or a Slinkee of it with SapLink.

I had to correct the following line that was not working on a 7.31

* Check is the system runs on an AP Platform
* p_is_ap_system = cl_rs_utilities=>n_is_ap_system.  "SUPP

First of all thanks for your positive feedback.

The add-on was originally developed in release 7.31. Later on I modified the coding to make it work in release 7.40. I decided to attach both versions to this document:

I think that to avoid future confusion you should rename the V1 with the prefix 731 and the V2 with 740.

Great piece of code, many thanks for sharing this 🙂

Thanks for your positive feedback and sorry for my late reaction. The attachments were lost during migration and cannot be added anymore in the blog.
Please have a look at Q&A https://answers.sap.com/questions/106447/where-can-i-find-attachments-of-blog-implementing.html to download the attachments.

Thank you for your work and know how sharing!