Is Unpredictability the New Norm?

The agenda for this week’s meeting of the World Economic Forum in Davos was already packed with items of critical interest to business leaders including a discussion of the technological, demographic and economic forces transforming industries and markets, cyber resilience, the emerging ‘trust tragic deficit’ and the growth of the Internet of Things. 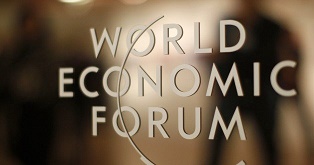 But at least initially, discussion of these issues is likely to be overshadowed by the recent tragic events in Paris and the breakup of the jihadist cell last week in Belgium – events that have put Europe and much of the rest of the world on high alert.

Together, the murderous attack on staff of the satirical magazine Charlie Hebdo and the state sponsored hacking of Sony late last year have highlighted the volatile nature of the world we live in and the need to defend one of the central planks of democracy – freedom of expression.

While Sony was ostensibly attacked because it funded a movie lampooning North Korea’s dictator, Kim Jong-un, the staff of Charlie Hebdo were targeted because of their cartoon depictions of Mohamed.

But if the aim was to silence their critics, both attacks failed. Millions downloaded ‘The Interview’ when Sony  made it available online while the attack on Charlie Hebdo and on a Jewish store in Paris prompted an unparalleled demonstration of solidarity from the world’s political leaders and chants of  “Je suis Charlie” from many of the 3.5m people who took to the streets in France to condemn the terrorists.

It would be foolish to suggest that technology could have prevented the Paris attacks, though hardened cyber defenses , improved information sharing and cooperation between business entities and government agencies  might have limited the damage inflicted on Sony by hackers identified by the US as being under the direction of Pyongyang.

Perhaps more controversially, technology can also play an important role in identifying and monitoring those who would use terror to pursue their sectarian agendas. The challenge is to find a balance between individual rights – particularly the right to privacy – and the security interests of society as a whole.

The other big issue likely to overshadow discussions in Davos this week is the recent precipitous decline in the oil price which is already having global repercussions, not just in the markets, but across a broad swath of industries and entire economies.

In the US for example, there are already indications that the drop in petroleum prices is encouraging consumers to buy larger, gas-guzzling vehicles and deal a significant blow to conservation efforts.

Ostensibly there is little linkage between the oil price decline, the Sony hack and the Paris terror attacks. But from a business perspective that may not be true. Each event was unpredictable and will have far reaching repercussions that probably could not have been anticipated. Like the proverbial pebble thrown into a still pool, the ripples radiate out and are felt everywhere and by everyone in our increasingly connected world.

That is a  potentially frightening prospect for any organization that relies on steady-state forecasts to plan and execute a strategy and determine investment priorities.

In the new and much more unpredictable world, the most successful companies will be those that harness technologies like big data analytics and in-memory computing to extract actionable information from a diverse sets of structured data (like sales figures) and unstructured data (for example consumer sentiments expressed in social media), and are fast and agile enough to reconfigure their operations accordingly.

These companies are unlikely to look like the vertically integrated titans of yesteryear. Instead they will be ‘virtual’ organizations composed of ad-hoc teams of employees, contingent workers and external partners that can quickly adapt to new challenges and opportunities.

Instead of rigid supply chains they will rely on huge Business Networks to source materials (and labor) quickly and efficiently and they will rely even more heavily than today on technology to make sense of business complexity. Running Simple will be obligatory for survival.

The debate over how this technology is delivered will be moot. Most enterprise size will probably end up with a mixture of cloud-based apps which can be scaled up (and down) quickly and apps that run locally or in an partner’s data center.

From the end user’s perspective, it will be irrelevant how technology is delivered. The digital natives who will make up tomorrows workforce will expect technology to be completely transparent and to ‘just work,’ wherever they are and whatever digital device they are using.

Recent events have demonstrated just how difficult it is to anticipate and plan for the future. But if unpredictability has become the new norm, we should not be surprised.

We remain masters of our own destiny and have the opportunity to harness next generation technologies to adapt to rapidly to changing markets and unexpected events …..and to win.

Bill McDermott, SAP’s CEO, Rob Enslin, President of Global Customer Operations, and Bernd Leukert, in charge of Products and Innovation will be at Davos this week.