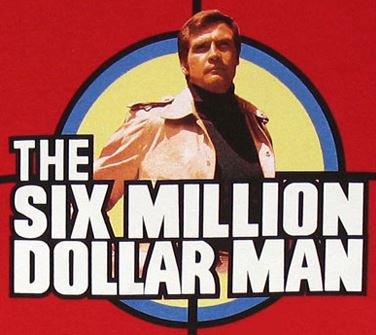 3D printing is a concept that has captured the attention of many in the past couple of years with its science fiction connotations. Today, 3D printing has already arrived in many households, even as a sophisticated toy for kids.
3D printing is an important technology not just for its current capabilities, but for its future potential that includes completely new forms of use.

As part of a project demonstrating new 3-D printing techniques, Princeton researchers have embedded tiny light-emitting diodes into a standard contact lens, allowing the device to project beams of colored light. The researchers have not developed this lens for human use in the eye, but: It is also part of an ongoing effort to use 3D printing to assemble diverse, and often hard-to-combine, materials into functioning devices. In the recent past, a team of Princeton professors created a bionic ear out of living cells with an embedded antenna that could receive radio signals. Thus, restoring a person’s hearing for the first time.

Printed lenses and bionic ears? This sends me back to my childhood and Steve Austin and the TV series “The Six Million Dollar Man”. In this series, a former test pilot is rebuilt with nuclear powered limbs and implants that make him faster, stronger and better than normal.

Adding a new dimension of complexity

Well, my intention is not to talk about superheroes and science fiction, and also not about revolutions in medicine. According to the researchers, the main focus of the bionic ear project with regard to engineering was to demonstrate the merger of electronics and biological materials. It was important for them to prove that we can use 3D printing to create complex electronics including semiconductors. 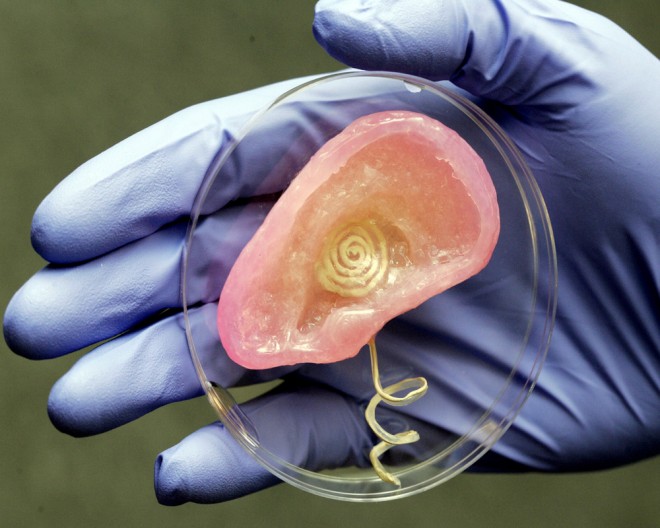 This puts the term of cross-discipline-engineering into a completely new context.
In many industries, some degree of cross-discipline engineering is required when designing a new product. For the development of any mildly complex electronic device, design and electrical engineers have to understand the needs of each other to make a product come to life. Other products, like mobile phones, require software in addition. Adding biological material adds another dimension of complexity to R&D.

The Princeton researchers said that the contact lens project involved the printing of active electronics using diverse materials. The materials were often mechanically, chemically or thermally incompatible — for example, using heat to shape one material could inadvertently destroy another material in close proximity. The team had to find ways to handle these incompatibilities and also had to develop new methods to print electronics, rather than use the techniques commonly used in the electronics industry. This required collaboration with experts from chemistry, aerospace and engineering and electrical engineering experts.

The strengths of 3D printing

Traditional manufacturing methods depend on cutting and moulding technologies to create a limited number of structures and shapes, with more intricate hollow ones having to be formed from a number of parts and assembled together. However, 3D printing technology transforms this process—the nozzle of the 3D printer can create many complex figures, being confined only by a person’s imagination. The use of 3D printing technology takes virtual designs from animation modeling software or computer-aided design (CAD), converts them into thin, virtual, flat cross-sections and then produces successive layers until the complete model is produced.

For the Princeton researchers, one of 3-D printing’s greatest strengths is its ability to create electronics in complex forms. Unlike traditional electronics manufacturing, which builds circuits in flat assemblies and then stacks them into three dimensions, 3-D printers can create vertical structures as easily as horizontal ones.

Most of the manufacturing experts do not envision 3D printing replacing traditional manufacturing in electronics any time soon. Instead, they are seen as complementary technologies with very different strengths. Traditional manufacturing is a fast and efficient way to make multiple copies with a very high reliability. Manufacturers are using 3D printing, which is slower when it comes to higher numbers of copies, but easy to change and customize, to create molds and patterns for rapid prototyping.

Blinking contact lenses and bionic ears are just 2 perfect examples that may sound weird in the beginning, but show that the work of interdisciplinary R&D teams using latest technology can result in true innovation – and generate new use cases that one has not even dreamt of before.

What does that mean for your company? Thinking outside the box is the key, and being open to leverage innovations in your own innovation processes.

With all the talk in the press about enhanced robotics, the internet of things (See blog Designing Products for the Internet of Things), and systems engineering, I think we can soon rebuild Steve Austin…

Are you interested in finding out how a unified platform for authoring tools may help your engineers collaborate across disciplines? Read this blog.

The 6 million dollar man, we can re-print him.

Wondering how much is that in today's dollars?  Well, CNN estimated back in 2008 that it would be about $26 million.  A movie reboot is coming in 2016 - “The Six Billion Dollar Man.”  Entry level functionality for a bionic arm, legs, and eye can be had for around $500k (but that doesn't include the trademarked bionic sounds.)

Nice blog Nadine!  I myself had the Steve Austin action figure.  My wife had the Jamie Sommers doll.

With respect to 3D printing, our local library has had a MakerBot Replicator 3D printer for over a year now!  Local kids are modeling objects in Google SketchUp and printing out small toys at $.10/g.  (I am taking my nephew there so he can design and print out some Minecraft gadgets.)

As we know, a lot of expectations are set during our development years.  With that in mind, just think, in the same way today's college grads are expecting software to run simple,  today's children might expect 3D printing to be a manufacturing standard!

Thanks, Mark!! And interesting thoughts regarding expectations that are set during our childhood.