Alison Paul, vice chairman and U.S. retail and distribution leader at Deloitte said channels are disappearing because that’s not how people shop. They use all channels all the time and want them to be seamless. Deloitte’s consumer survey indicated smartphones influence 19% of in store sales, which is creating a “digital divide” between what consumers want and what retailers are equipped to deliver. And because there are many different types of retail, each retailer needs to figure out the best way to close the gap with their customers.

Mike Rodgers, chief customer officer at J.C. Penney, said their strategy is to help customers who are pressed for time and money. One-third of the company’s online orders are fulfilled at stores and mobile accounts for 50 percent of store purchases. Making every transaction simple for the customer is key he said.

Tony Bartel, president, GameStop Corp. said retailers need to focus on delivering useful digital functionality to customers when and where they need it. For instance, GameStop created an app for consumers to use while in the store and conversion rates increased by 12%. 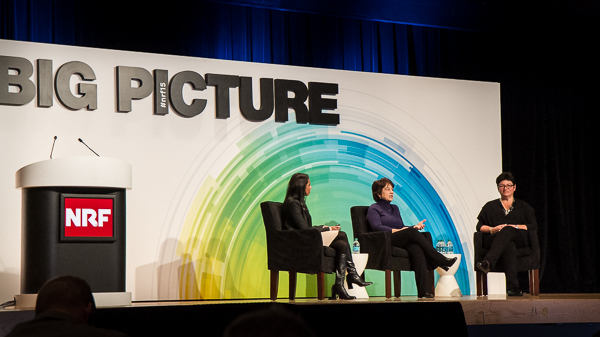 Next I made my way over to First Look: 2015 Outlook for Digital Retail.  During this panel, Sucharita Mulpuru, VP and principal analyst at Forrester had a discussion on what’s ahead for digital retail with Maria Thomas, chief marketing and consumer officer at SmartThings, and Lisa Gavales, President and CEO at Things Remembered.

Mulpuru started off by sharing some interesting digital retail stats from Forrester. She said 2015 should be the first $300B eCommerce year. That’s about an 11 percent growth from 2014. Mobile and omni-channel remain top priorities for retailers but success with mobile commerce still doesn’t come easy. The increase in eCommerce is also putting a strain on shipping. Fulfillment costs and returns are on the rise and shipping delays are pushing people to do their online holiday shopping earlier, pick up in store, or actually shop in the store. Luckily for Things Remembered, buy online and pick up in store is the typical scenario and works great for us, said Gavales.

At SmartThings, mobile traffic is growing rapidly and now shares about half of all online traffic with desktop, but conversions are still much lower on mobile, said Thomas.  People may do research and check out products on mobile in their free time but they make the purchase on their computer when they get home.

The digital wallet was also a topic of discussion. Mulpuru said it’s too early to tell if adoption is going rise quickly but now that Apple is in the game with Apple Pay it may happen. Thomas said credit cards work well and aren’t exactly difficult to use but she’s bullish on the digital wallet concept long term. Gavales agreed that the transition will take time, and that Apple Pay may not be the killer app, but digital wallet is definitely the future. She feels anything that simplifies and improves transactions for the customer is a win. 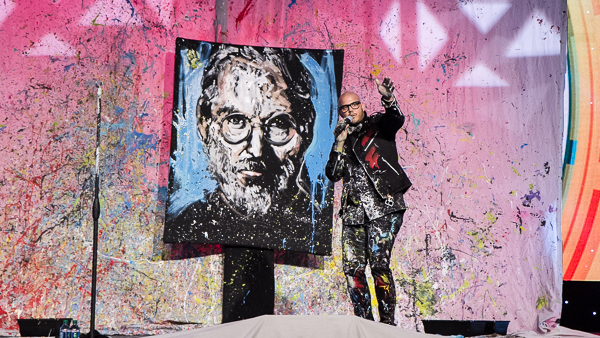 At lunchtime, David Garibaldi put on a spectacular show of creativity and inspiration. In a matter of minutes, Garibaldi transforms blank canvases into beautiful works of art. His performance, called Rhythm and Hue, and his own transition from a graffiti artist on the streets to a world-renowned performance painter, was an inspiration to us all. 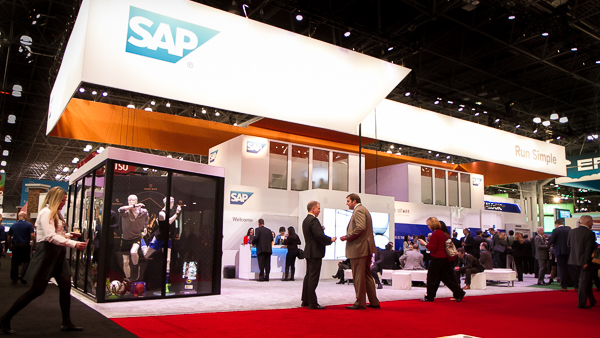 After lunch I toured the SAP booth and saw some cool customer and solution demos. 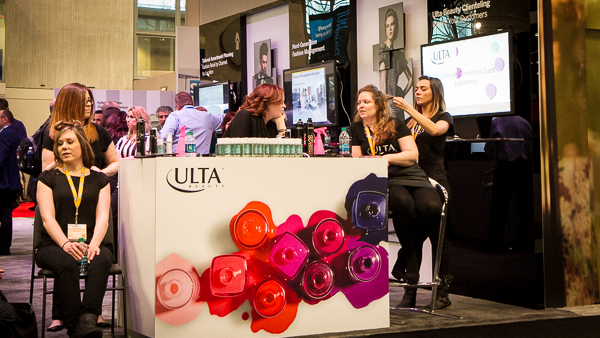 The Ulta Cosmetics demo was great. Ulta showed their innovative clienteling solution developed using the SAP mobility platform. The SAP solution gives Ulta the ability to make recommendations to customers on the latest cosmetics based on other customers’ likes and shopping history. Beauticians were also on hand at the booth to give free treatments.

The hybris labs Smart Wine Shelf was also really cool. It demonstrated the Internet of Things in action and showed how a retailer can merge the online world with a physical retail space. In the demo, a customer using a mobile app answers a series of questions about their wine preferences. A list of wines in the store that they might like is then displayed on their device for selection. When the customer selects one of the wines in the app a light illuminates the bottle in the store so the customer can easily find it on the shelf. Brilliant! No more searching through endless rows of wine for the one you want. 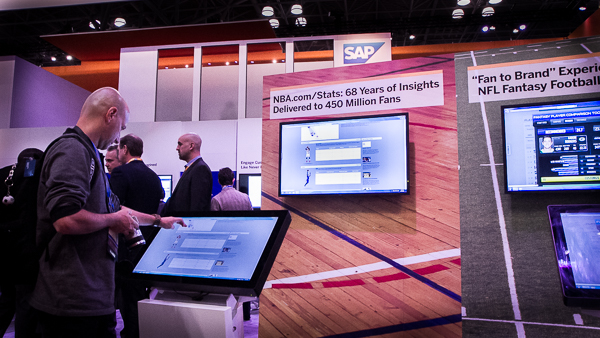 The NBA and the NFL also had a demo booth where people could check out NBA.com/stats and the NFL’s fantasy football analytics platform. Both organizations leverage SAP’s Game Changing technology to deliver the ultimate fan experience. In the afternoon, Juan Enriquez, noted scientist, venture capitalist, and futurist gave a mind blowing keynote speech titled As the Future Catches You.

Enriquez talked about everything from evolution and human networks to robotics and genomics – and how all of it is being altered by technology. In the next 30 years he predicts some major changes. He said traditional corporate hierarchies and business structures aren’t designed for the future. As a result network workforces will overwhelm big business. He also said 3D printing and robotics will decentralize manufacturing and design, which will drastically reduce the cost and increase the speed of build and redesign processes. That means product quality and prices will normalize for most goods and there will be a shift in low cost manufacturing back to countries like the USA.

These pictures are awesome, David! I would love to have seen Rhythm and Hue in person.