Is information technology in the enterprise on the cusp of a second coming? 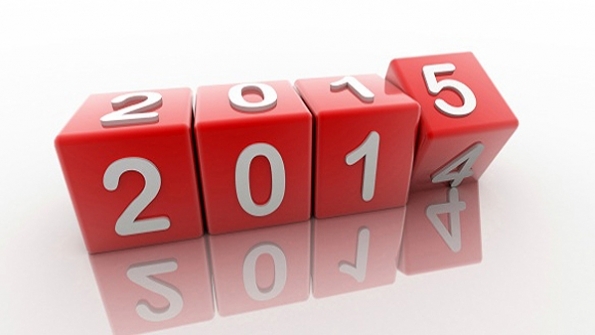 Similar in some respects to the Gartner Hype Cycle model it differs in that it makes little or no statement about where a given technology is or is headed specifically.

But what the paper does do, is cherry picks a couple of topics and reveals the perspectives in a distilled story based on hundreds of conversations with industry leaders and tens of thousands of consumer interview across the globe.

A particular topic that caught my eye was “The re-enterprization of IT”. Linguists may balk at the use of the word enterprization but you get the idea especially if you work in the Enterprise Systems space.

Deloitte’s view is that consumer led technological change in the enterprise has dominated the business landscape  for the last ten years with the advent of incrementally cheaper and powerful mobile phones and mobile technology, more affordable computing devices and networking technology.

The shift from consumer now and enterprise later

Leaning on ‘recency bias’, the trend observed by industry analysts has been ‘consumer first, enterprise after’, this in turn has led to controversial topics like BYOD support and the growing pressure on funding strapped IT to accommodate the pressures of tech-savvy business leadership.

Much was made in the last year or two about wearable technology and the suggestion that it would become something everyone would be wearing everywhere but industry numbers in the Deloitte article suggests that less than half a million devices have been sold or around just over 10% of the volume predicted.

In reality though, while wearables may not fit with the fashion conscious and streetwise consumer, they do have a place in the enterprise, in vehicle mounted monitoring and personal observation systems for law enforcement and logistics are getting headlines and in the security, medical, materials handling and logistics industries there is an eagerness to explore the potential of these for not only monitoring but also guiding people.

Hands free use, augmented reality displays and easy to use video capabilities all position these technologies as more than just recreational or lifestyle toys.

While 3D printing also seems to have started out as a ‘factory in every home’ concept, in reality it is becoming something if a technology with game changing potential for supply chains. Deloitte predict that the economic value of goods made to order by the enterprise has the potential to be 100,000 times greater than in the consumer space.

3D printing technologies of course are also not limited to the early versions of acrylic and nylon objects but now includes metal, ceramics and many other mediums that can be formed, layer and bonded in forms defined by technology like CAD/CAM/MES programs – this has broad implications not only for retail and manufacturing but could have tremendous implications for plant maintenance, service and support.

Finally, the IoT, while very interesting for consumers who want to start their cars remotely on chilly days or manipulate their home lighting and heating systems, the IoT has been envisaged as a major opportunity for the enterprise to instruments almost every aspect of doing business in powerful and meaningful ways that can lower costs, improve efficiency and drive further innovation.

Many of these technologies will bring loads of data – but is it of value?

In the ERP space, this re-enterprization may have a less perceptible impact except that the volumes of data that feed into ERP may grow exponentially.

The questions then will be, where does one draw the lines between data that needs to be part of ERP and strategic business decision making and data that is interesting to have?

Data that is interesting to trend and analyse but which ultimately doesn’t need to feed ERP directly will be prolific but will it be relevant?

While I have long been a proponent of more verbose data in ERP through the use of integration, in its many forms including Microsoft Excel-SAP integration, I acknowledge and recognise that not all that data needs to be in ERP particularly if it isn’t required for analytics or audit.

What must be recognized though, is that there continue to be a tremendous number of business concessions that are made with respect to missing, incomplete and quite simply bad data in the absence of proper business workflows.

Wearables, the IoT and 3D printing is great but if we can’t address the basic housekeeping issues in the back office, we’ll be tearing ahead with sales, manufacturing and logistics technologies and lagging behind on the paperwork and administration aspects of doing business.

On a more personal level I was waiting for those Back to the Future hoverboards becoming company assigned transportation but I guess that might only be next year.