It is a practice to revalue the AP/AR and other account balances at month-end rate or closing rate at the last day of the month. Subsequently, these transaction posting is reversed at the first day of the following month. 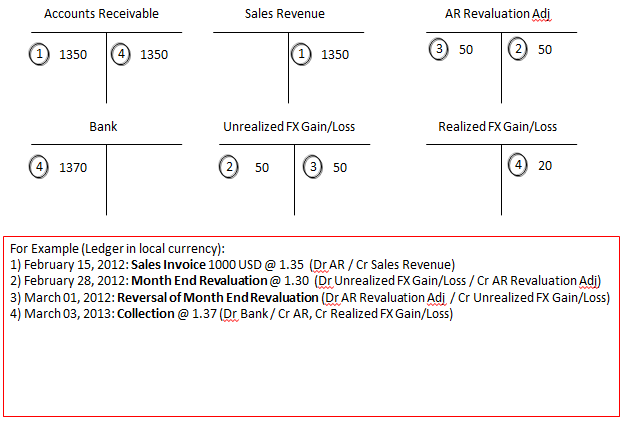 However, for certain countries like Korea and Hungary, it is not allowed to reverse the revaluation to the following year (i.e. 01 Jan XXXX). SAP has provided the Delta Logic Functionality for the Foreign Currency Revaluation. So, how does this delta logic functionality works accounting-wise?

The Delta logic can be activated in SAP configuration. The focus of the document is to explain the accounting flow and FX revaluation execution for this document, but before proceeding we can touch on briefly the basic configuration requirement for Delta Logic. Figure 2 is the activation of Delta Logic in FX revaluation in SAP.

There are several tickbox for the table. Below is the explanation of the configuration as per SAP documentation:

Necessary configuration still needs to be maintained (for example, account determination, GL master data settings, Valuation Areas, and others); the intention of the document is to explain the accounting flow and not serve as a configuration guide.

Upon activation of the Delta Logic activated in FX revaluation, there will be a slight change in the selection screen. That is, two new fields will show to determine whether the revaluation is “Year-End Revaluation” or “Mid-Year Revaluation”. Finance will need to select “Year-End Closing Valuation” for Dec; Select “Mid-Fiscal Year Valuation” for the other months (e.g. Jan – Nov). 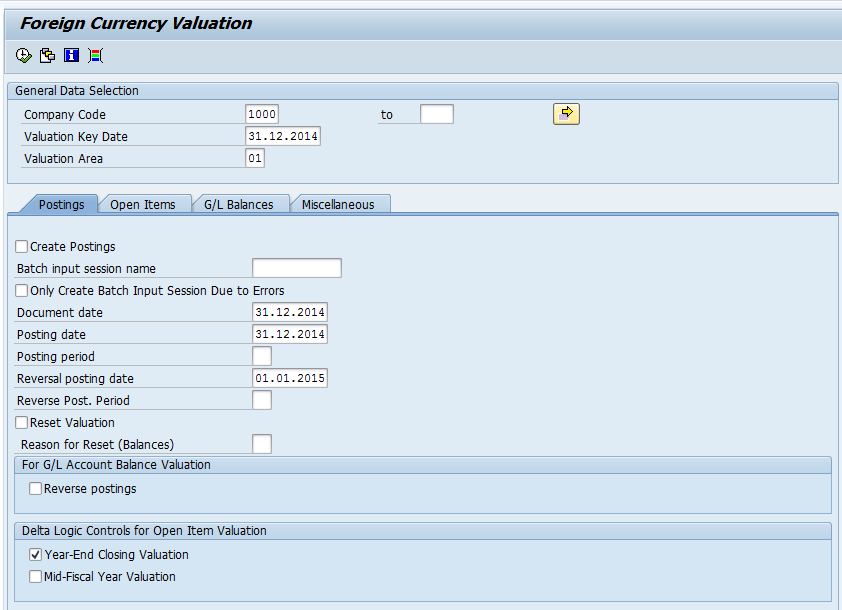 Figure 3. Screenshot of the changes in the FX revaluation selection screen for Delta Logic.

To illustrate the accounting flow for Delta Logic, pls. refer to Figure 4 below. At year-end closing, the open AR is revaluated based on Dec 31, 2012 closing rate of @1.30. The revaluation will result to unrealized exchange loss of 50 SGD. Since it is year-end closing, there will be no reversal posting on Jan 1, 2013. Assuming no payment has been received for Jan. The same open item will be revaluated again on Jan 31, 2013 with a new month-end exchange rate of 1.32 SGD. 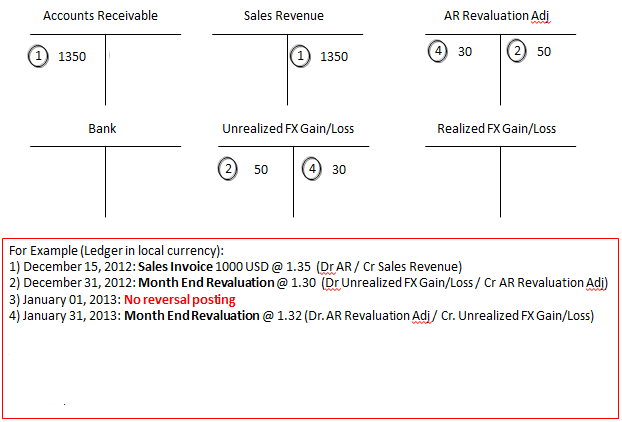 SAP system will consider December’s revaluation in calculating the current month revaluation. In the FX revaluation report, finance users will be able to see the following columns:

Figure 5 is a screenshot of the FX report and where users can see the difference.

Continuing on the same flow, the subsequent month posting is shown in Figure 6. Since this is not a year-end revaluation, the revaluation will

be reversed on the 01-Feb. The customer made a payment for the invoice @ 1.37 on Feb 15, 2014; the corresponding realized exchange gain of 20 SGD will be posted. Subsequently, at month end revaluation, the reversal posting will be posted accordingly. 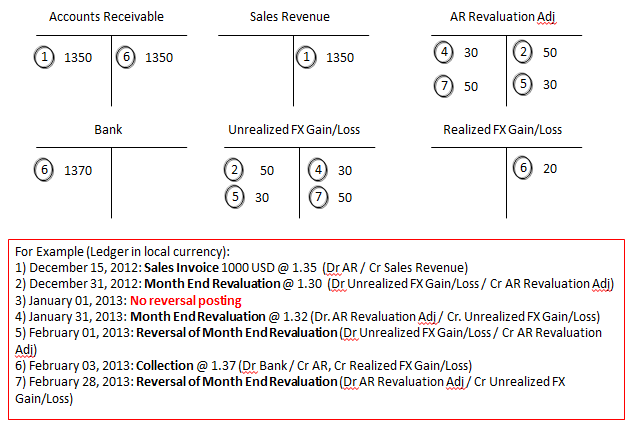 In SAP FX revaluation report, there will be an icon called “Cleared Items” and within this report, finance will be able to see the reversal of the revaluation for the cleared item (Figure 7).

Figure 7. FX revaluation Screenshot of Cleared Items and its report.

A variant in the accounting flow is that the reversal of unrealized gain/loss for the payable will be posted at the time payment clearing. It can be done also just by selecting the indicator “Cl.Date”  in the configuration.

In summary, this is marked improvement from the previous versions of the program. SAP has enhanced flexibility on the features and functionality in order to meet the different legal and reporting for Finance users.

Thank you for sharing information.....

When viewing line items of the Reval Adjustment Acc you can distinguish the reversals relating to cleared items (step 7) by the line item text which ends "RXDAdjustment Posting".

Very very impressive ,Thank you so much!

This is great article explaining the subject matter.