Are you ready for S4HANA?

At the recent series of SAP Field Kick-Off Meeting ( FKOM ) sales events,  I noticed that there were various #FKOM tweets with an unfamiliar hashtag #S4HANA – some of these tweets included a new logo. 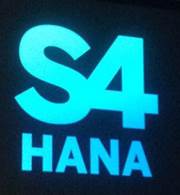 Since I didn’t attend the private events and no official related press releases from the event are present, it is tough to know the exact meaning of the new name – but I have a good idea.

While Dick uses the terms s-Innovations we understand this is not the final marketing terms that SAP will use.

Well, it looks like SAP Marketing finally decided on a new term – S4HANA.

FKOM slides associate S4HANA with the Business Suite and the characteristics mentioned in the Berlin TechEd keynotes – where s-Innovations was announced – are also present. 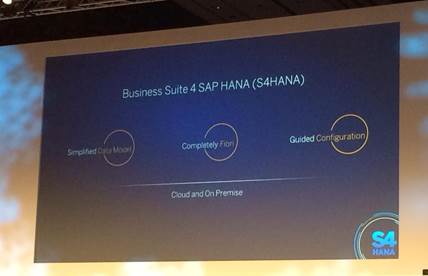 Here is some further evidence of the association:

SAP has acquired the trademark for S4HANA.  The registration was made on Jan 05, 2015.

SAP has acquired the related domains. This registration was made on Jan 06, 2015.

A tweet from Robert Enslin announced a “wild” S4HANA US launch which I assume will take place on New York on Feb. 3.  For those developers interested in S4HANA technical details, I would wait for the upcoming TechEd in Bangalore on March 11-13 where Bernd is also holding the keynote.

Great detective work as ever 🙂

Can't really find any negative thing to say about this choice. Darn! 🙂

Can't really find any negative thing to say about this choice. Darn! 🙂

Sounds too Audi'ish to me 🙂

And if you want more meat on the why:Why customers need to Run Simple in the Digital and Networked Economy | ZDNet

I'm hoping that there will be a live stream for the event on Feb. 3 so that we can respond in real-time.

be careful when tweeting from internal events

I can understand the excitement regarding the announcement at FKOM but the tweetstream for the event also provides food for thought for competitors who then have more time to prepare for the official release on Feb . 3.

Great job digging, I am ready for Feb 3