When you create a SQL Anywhere, on-demand edition cloud it will only have one server version available. To use a different server version, you will have to install the new server software into your cloud. This quick tutorial shows the steps required to add SQL Anywhere 12 support to an existing SP5 cloud. 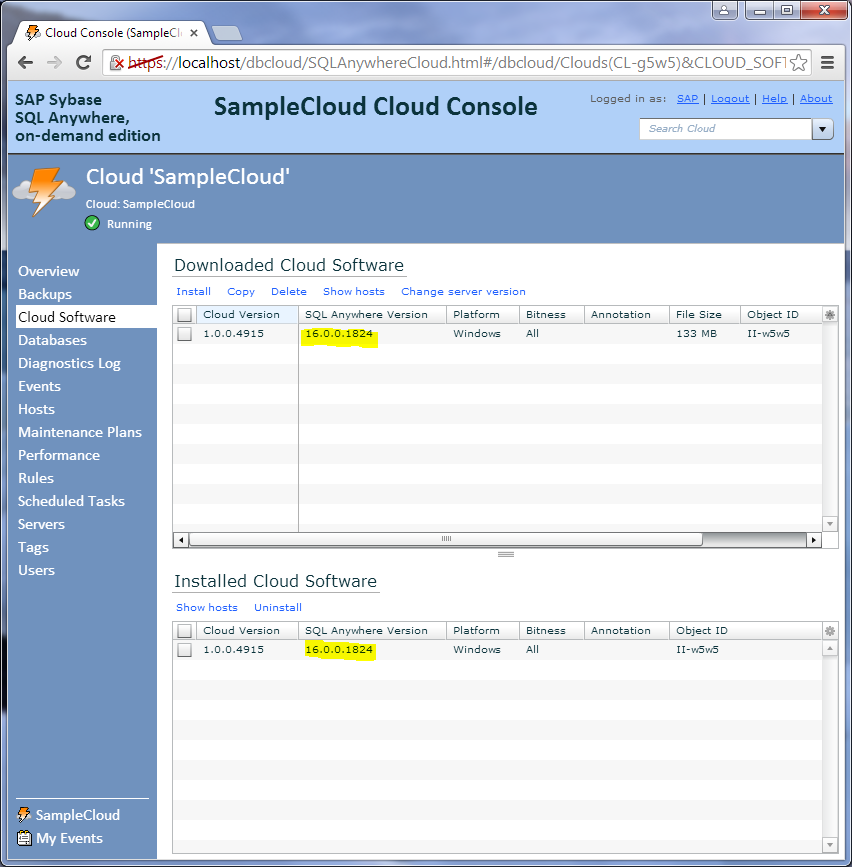 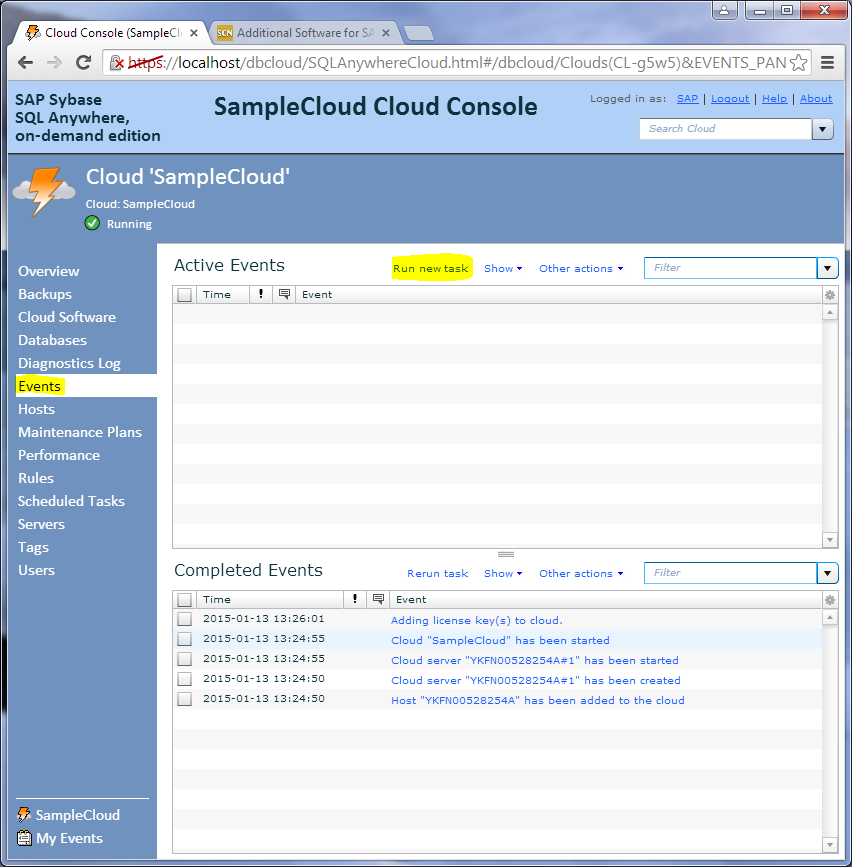 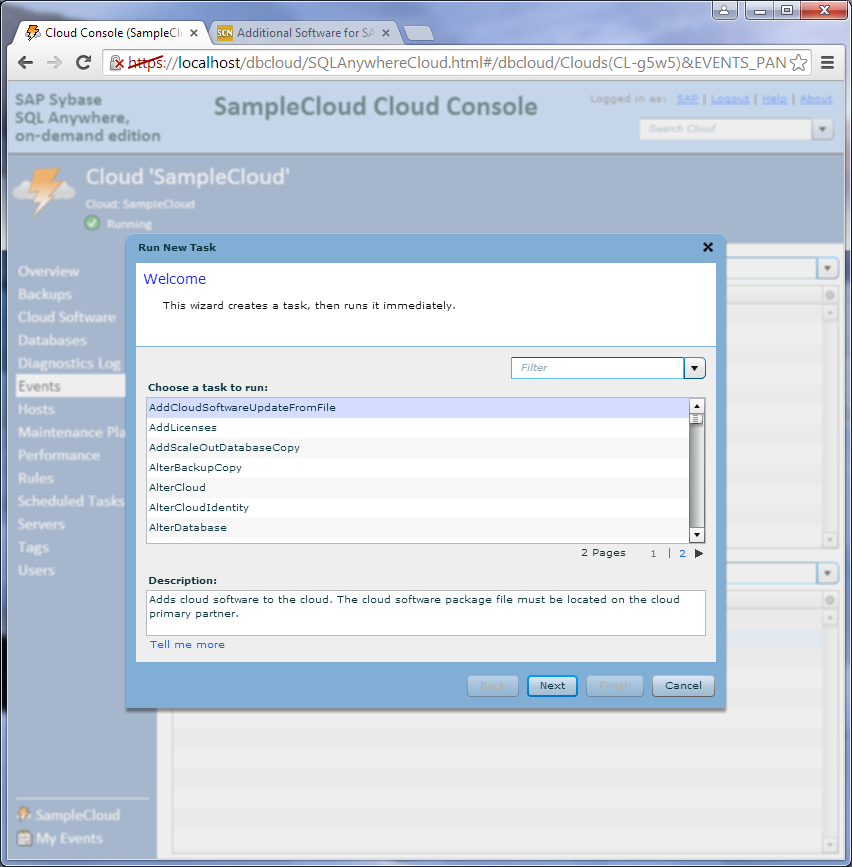 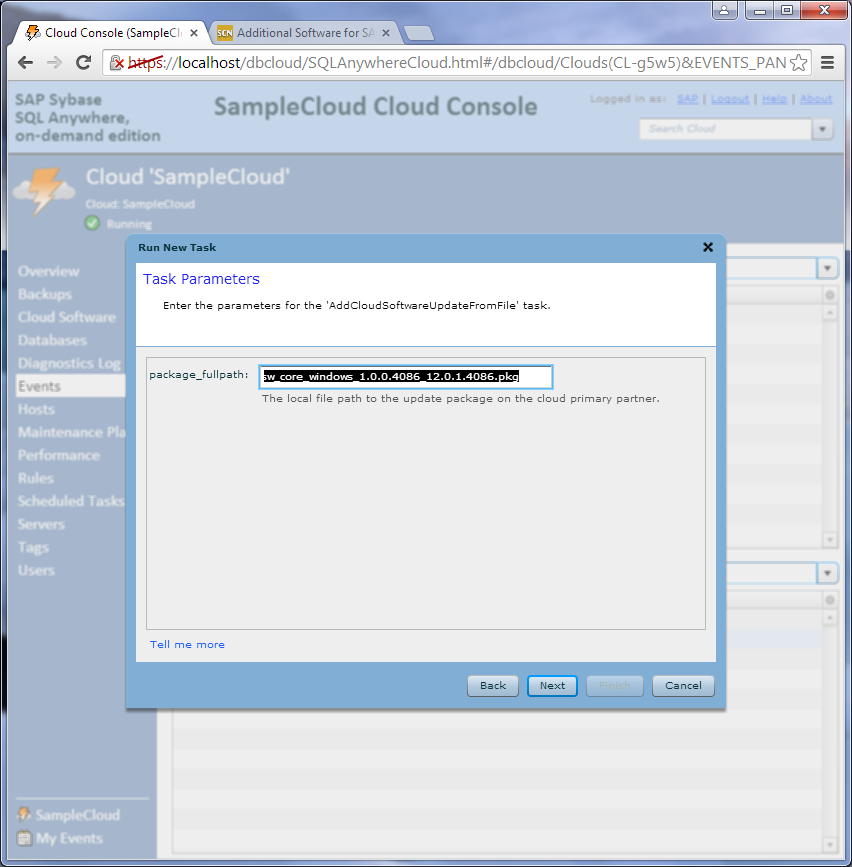 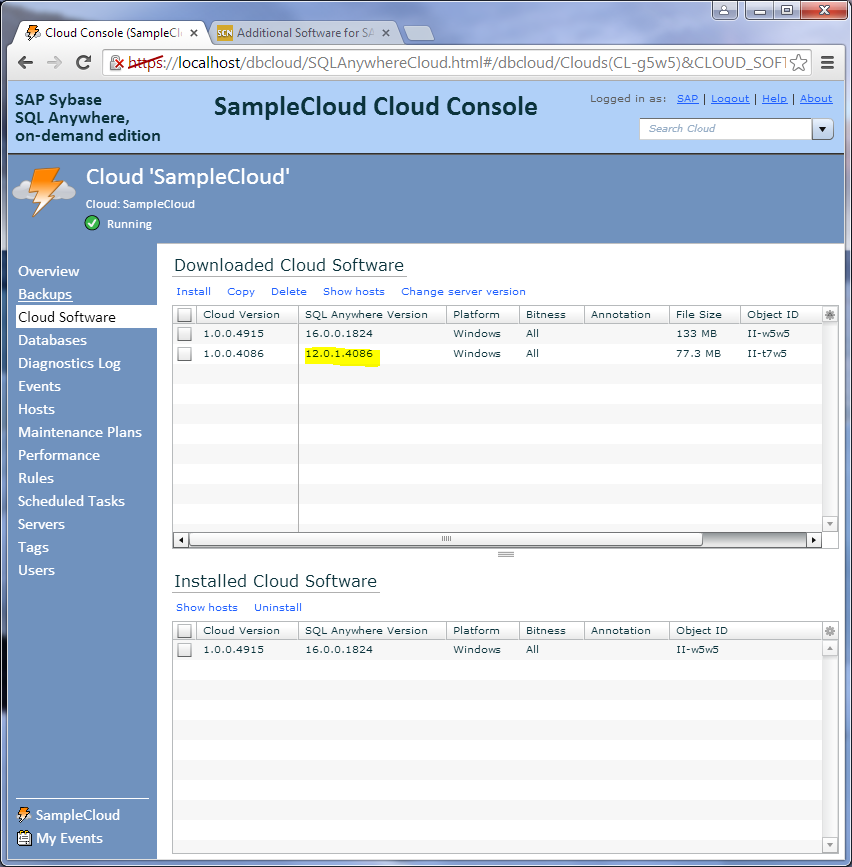 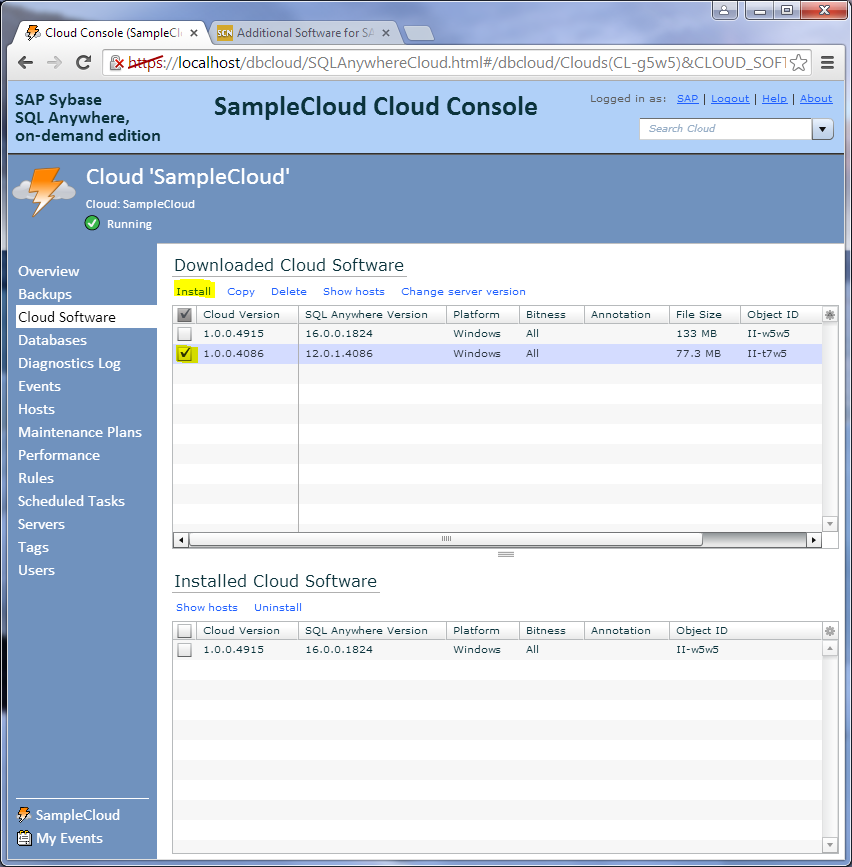 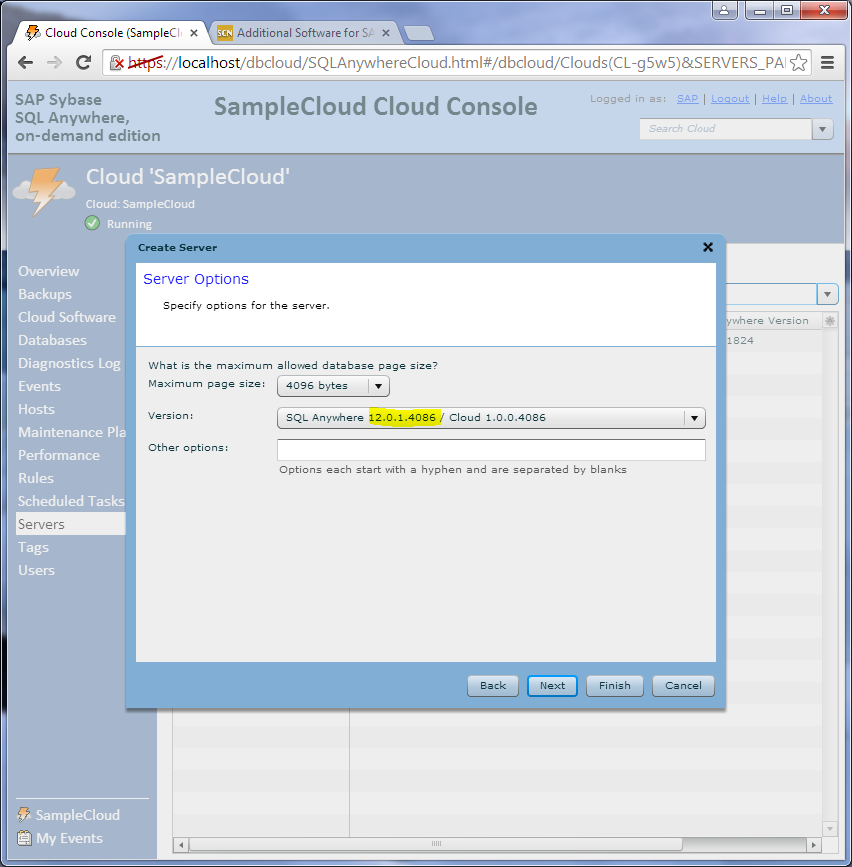