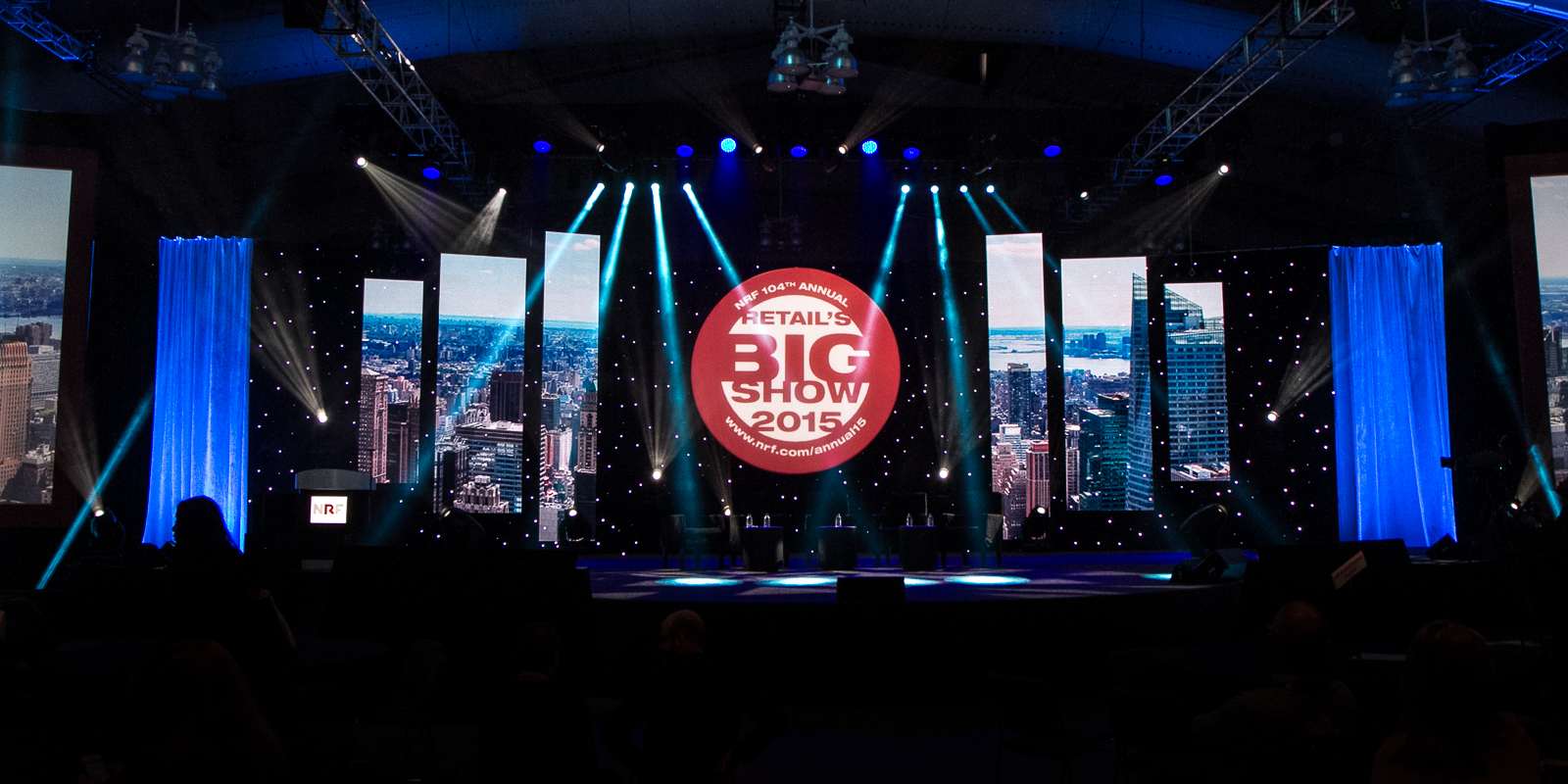 Retail’s Big Show 2015, hosted by the National Retail Federation (NRF), kicked off on Sunday, January 11th at the Javits Convention Center in New York City. Over 33,000 retail professionals from around the world come together for this four-day event to share ideas and showcase solutions. With more complexity in the industry than ever before, the NRF’s goal for the 104th Annual Convention and Expo is to help retailers see the “Big Picture”. 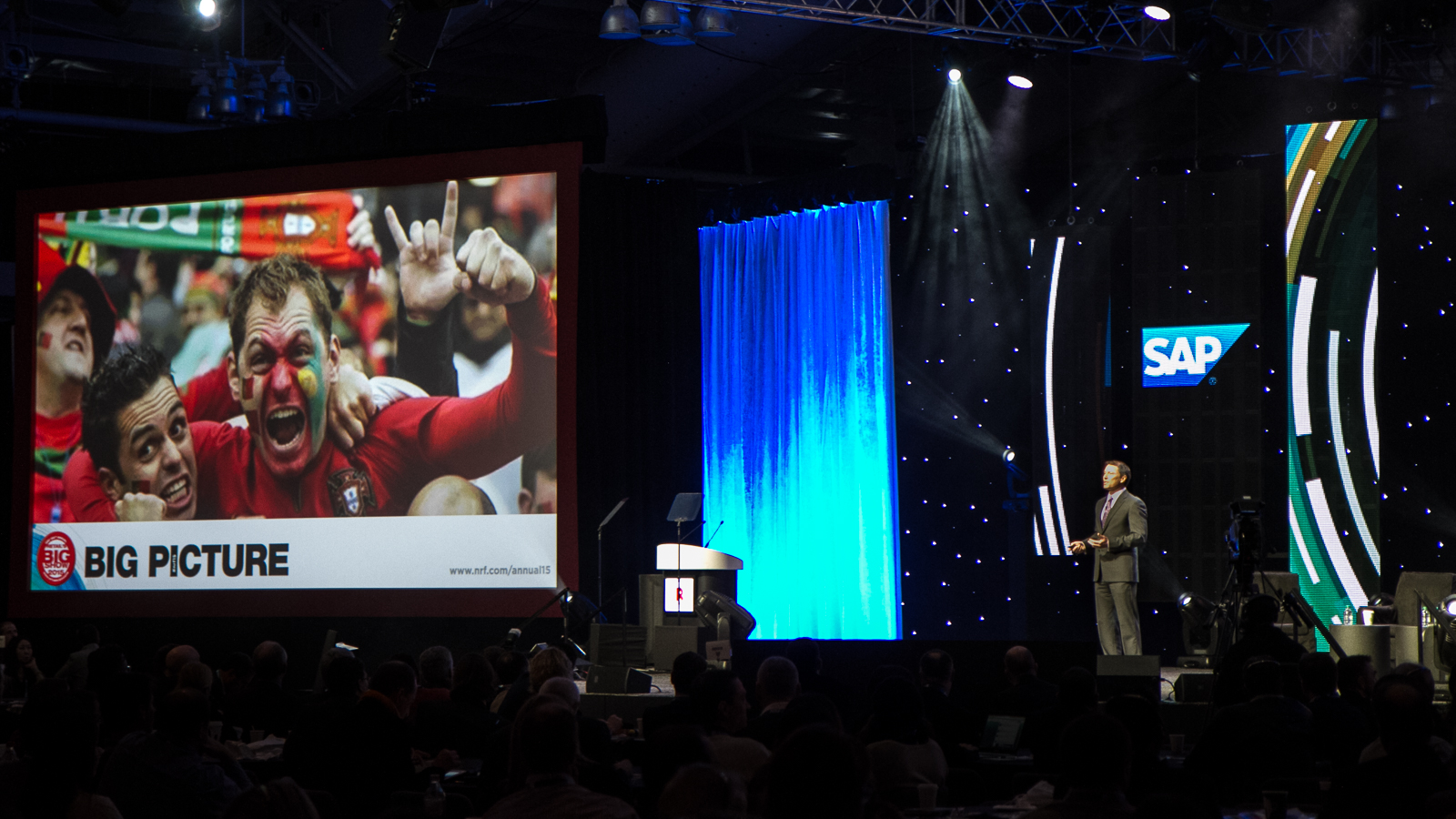 Sunday morning’s keynote titled Game Changer: Loyalty and Performance Lessons from Passionate Sports Fandom exposed the world of sports marketing and its passionate fans to retail. Pat Bakey, Head of Retail, SAP provided an informative introduction to the session. “Retailers are moving away from consumer relationships defined by transactions to relationships based on experiences,” said Bakey. They are listening instead of broadcasting and connecting with customers, their ultimate fans, to drive business to new heights. The sports industry has successfully extended the fan experience beyond the game. “It’s an always on, always engaged, personal experience,” said Bakey, and he feels retailers can accomplish the same. 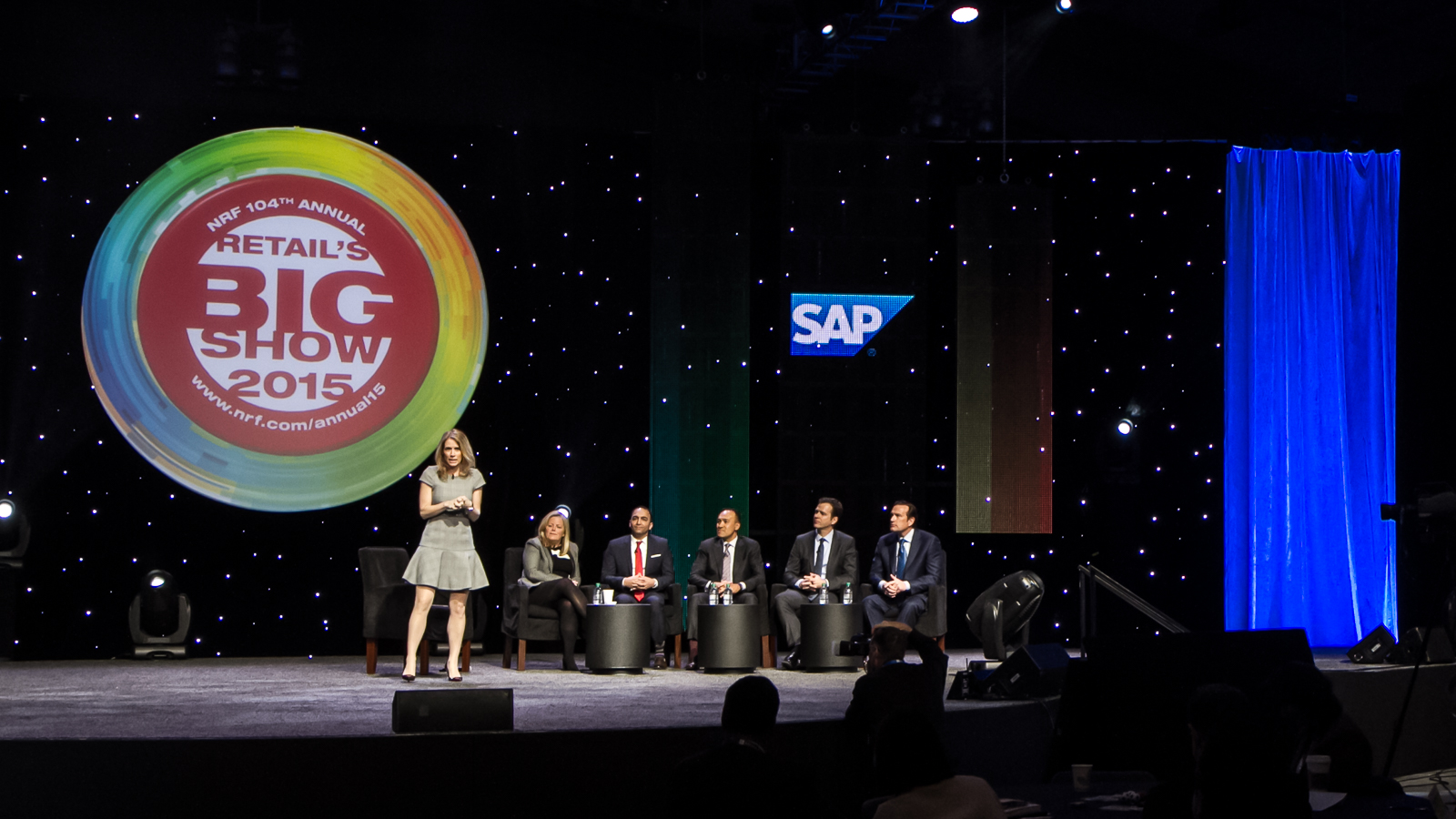 The NBA realized fans wanted deeper and more detailed information about players and games so it made available, on a real-time basis, every statistic it has ever collected. “We worked with SAP to revamp our statistics site: NBA.com/stats,” said Tatum. “As a result fans are more engaged, site traffic is up double digits, and people are getting insights into the game that keep them engaged.”

The 49ers upped the game with their fans by better connecting with them at Levi’s Stadium. During the game attendees can use a mobile app to interact with stadium services, order food and merchandise, and interact with the team. “We’ll have 50 percent of the crowd using the app during a game, which is a fantastic level of interaction,” said Marathe.

The German National Football Team tapped into Big Data and analytics to improve player performance. “For us the players are our customers,” said Bierhoff. “We want to know how they behave, how they think and act, and then we want to influence them.” Working with SAP they built a mobile solution called Match Insights that gives coaches and players new ways to look at and improve team performance. 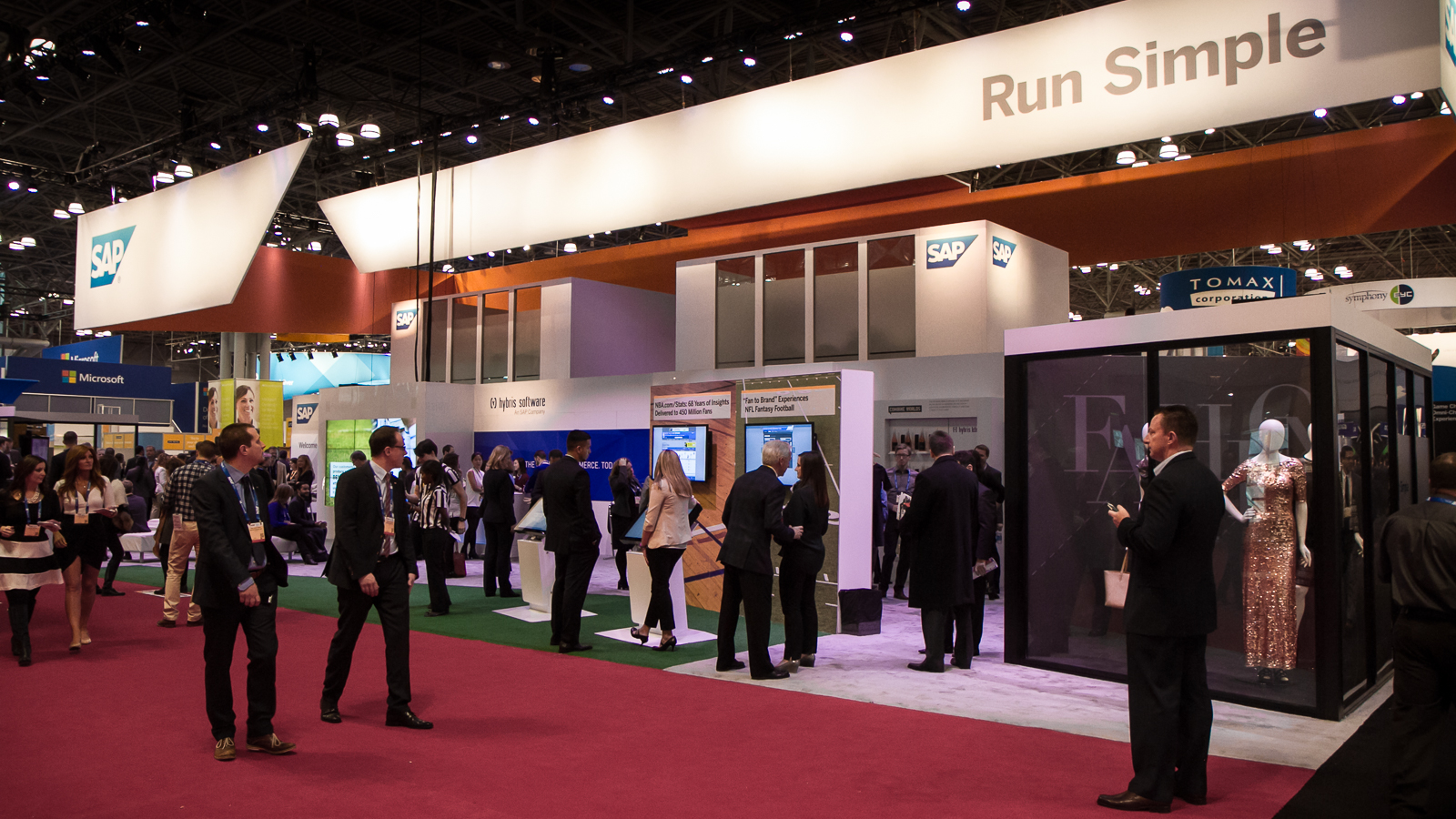 After the keynote, Robin Shah, Head of the Phenix Program at Nestle Nespresso lead a Big Idea session titled Optimizing the Consumer Experience Across Channels and Devices.

Faced with an increase in both customer demands and competition, Nestle Nespresso started a digital transformation of the customer experience across all touch points. Shah said delivering an omni-channel customer experience is complicated and gritty. “The key to solving the problem is data,” he said. “You need to glue it all together across channels.”

The Phenix Program has successfully enhanced customer touch points across the company’s social media activity, its boutique stores, the customer support center, and its eCommerce activity. 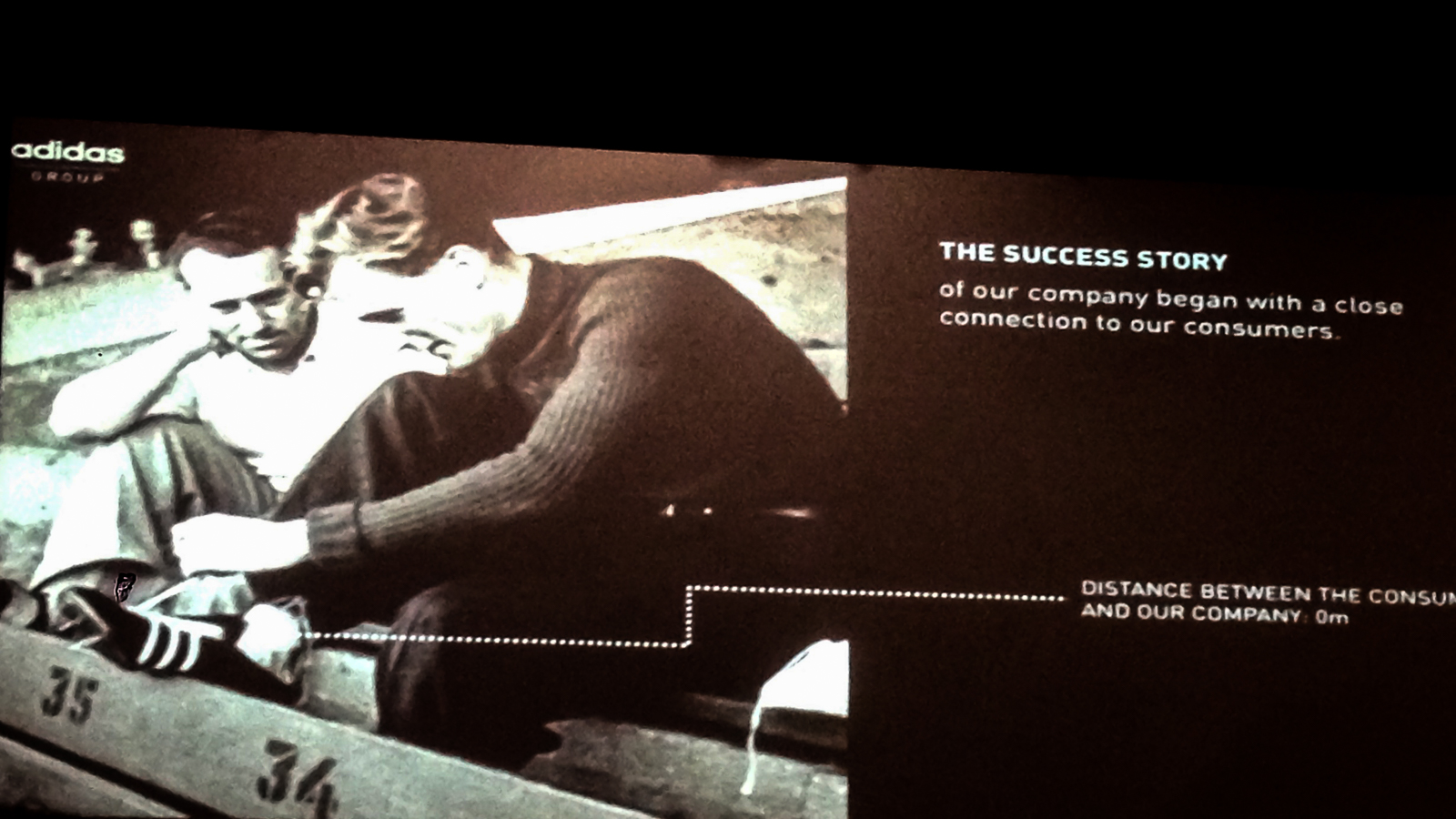 In the afternoon, Michael Voegele, Senior Vice President, Global IT Applications, adidas Group led a Big Idea session titled Closer to the Customer – SAP HANA is the Key to Customer Connection at adidas. Voegele said that when Adi Dassler founded adidas the distance between the consumer and the company was zero meters. That’s because Dassler worked directly with the athletes on the field to fine-tune the products however they needed.

Today the adidas Group operates in over 160 countries and produces more than 650 million product units every year. “As we grew and became an international player we continued to build good products with great design but the distance between us and our customers also grew,” said Voegele.

To regain a close connection with customers, the adidas Group is making tough changes to its business processes and implementing new technology. “Consumers demand products and services personalized to their needs,” said Voegele. They also expect easy and fast, omni-channel access and want transparency from all levels of business operations. That means processes like make-to-stock need to become make to order, the retail store needs to be reinvented, and data about every customer interaction needs to be integrated and accessible in real-time.

“If you want to be a consumer driven company, if you want to know what your customers are saying about you and your products, you have to be data driven. You have to be able to collect and analyze information and more importantly you have to be able to take action on the insight,” said Voegele. To achieve this, the adidas Group gave up its legacy of channel specific IT systems and replaced them with a single centralized SAP HANA database. “I truly believe we have made the right decision to enable omni-channel analytics, said Voegele. And every day that helps adidas group get a little closer to its customer.

Stay tuned for more from NRF.