Internet of Things (IoT) in China

Since year 2013, terms like internet of things (IoT), M2M, and industry 4.0 have been popular, and mentioned frequently by the global
market. Germany has one of the most competitive manufacturing industries in the world and is a global leader in the manufacturing equipment sector. This is in no small measure due to Germany’s specialization in research, development and production of innovative manufacturing technologies and the management of complex industrial processes. Germany’s strong machinery and plant manufacturing industry, its globally significant level of IT competences and its know-how in embedded systems and automation engineering mean that it is extremely well placed to develop its position as a leader in the manufacturing engineering industry. Germany is thus uniquely positioned to tap into the potential of a new type of industrialization: Industry 4.0. Acatech, sponsored by Federal Ministry of German Education and Research, set up the corresponding working groups, to work out the white paper of “Recommendations for implementing the strategic initiative INDUSTRIE 4.0”

SAP, as the only software provider member of the Acatech industry 4.0 working group, has worked on the solutions that reflect the internet of things, industry 4.0 vision since 2013. These solutions include connected factory which based on SAP ME and SAP MII product, predictive maintenance and service, and connected logistics.

On the other hand, since 2013, the global manufacturing market has started the new journey called internet of things or industry 4.0, especially the “world plant”, China.

China’s booming on IoT and industry 4.0 largely relies on two factors, first is because of the manufacturing industry still keeps growing in China. Another key factor is the government’s attention on the industry 4.0 promotion.

As a manufacturing powerhouse, China’s emergence has been astonishing. In seventh place, trailing Italy, as recently as 1980, China not only overtook the United States in 2011 to become the world’s largest producer of manufactured goods but also used its huge manufacturing engine to boost living standards by doubling the country’s GDP per capita over the last decade. More than 200 kinds of product yield from China ranked No.1 in the world, as well as the volume and size of manufacturing industry .That achievement took the industrializing United Kingdom 150 years. Manufacturing industry in China has long history and a solid foundation, the market-oriented reform and China’s entering into WTO had triggered the high-speed development of manufacturing
industry in China through providing a huge domestic and international market.

Today, however, China faces new challenges as wages and other factor costs rise, value chains become more complex, and consumers grow more sophisticated and demand. Moreover, these pressures are rising against the backdrop of a more fundamental macroeconomic reality: the almost inevitable
decline in the relative role of manufacturing in China as it gets richer. Manufacturing growth is slowing more quickly than aggregate economic growth, for
example, and evidence suggests that the country is already losing some new factory investments to lower-cost locations, such as Vietnam, sparking concern
about China’s manufacturing competitiveness.

In order to better turn those challenges into opportunities, and further promote the manufacturing industry in China, China government has put big investment and attention on industry 4.0 initiatives.

On August 2013, the Ministry of Industry and Information Technology of China had released the “Five Years Plan (2013 – 2018) of deep integration of informatization and industrialization” to optimize the industrial structure and achieve industrial upgrading in China.

Actually the four stages of China “Deep integration of informatization and industrialization” has well reflected how China will execute on German industry 4.0 initiatives and give more complementary focus according to the China real status. 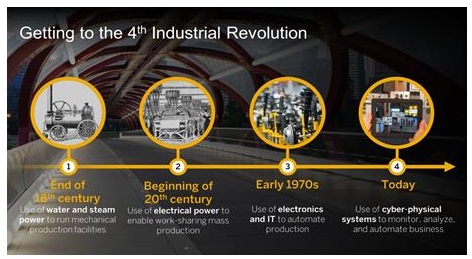 Four stages of China “deep integration of informatization and industrialization” 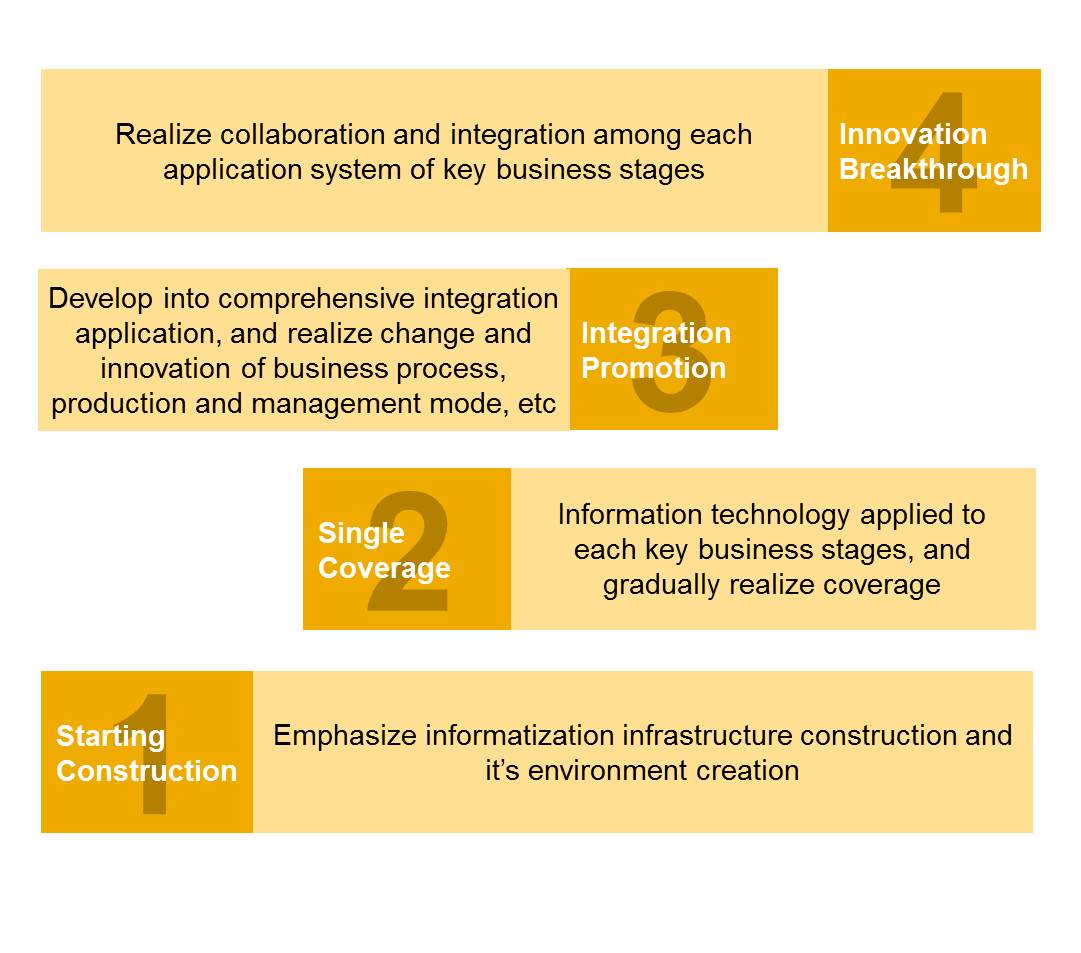 According to the released paper from Acatech on industry 4.0, three key feature of the industry 4.0 strategy is:

From relevant paper released by China government on “Integration of Industrialization and Informatization” in China, it has four dimensions of the integration:

As a software provider, to better reflect the Chinese local understanding and requirements for internet of things, industry 4.0, SAP China has launched several activities to enroll the customers’ feedbacks and shared the market with latest SAP IoT solutions and relevant programs.

Within year 2014, SAP China has launched several marketing events, including Shanghai Forum, Beijing Select, and Shenzhen Forum. One of the key messages delivered in these marketing events is the SAP IoT solutions. Through theater presentations, demo booth, messages in the key notes, SAP has
shared the SAP IoT solutions, which are smart manufacturing, predictive maintenance and service, and connected logistics to the market, and welcome the
co-innovation initiatives with Chinese customers.

Particularly, in Nov.3 of year 2014, SAP as one of the co-organizers to have launched the industry 4.0 summit together with the Chinese Institute of Electronics and IoT (Internet of Things) Expert Committee of Chinese Institute of Electronics. This event has attracted more than 550 participants, among them are customers of SAP, C level managers from manufacturing companies in China,  thought-leaders of IoT in China, academia and government.

One day after the industry 4.0 summit, during the 16th China International Industrial Fair (CIIF), SAP has successfully showed its industry 4.0 vision with smart Integrated Factory, which immediately attracts positive feedbacks from industry insiders and onsite attendees.

Through these events, we got a well channel to understand how our customers think of IoT, what’s their vision on IoT, and how they plan to work on IoT and achieve the connected world within their companies. We found, quite a few big Chinese customers are actually worked on IoT since several years before. Their steps are much further than we estimated, like one company has already have their more than 100 thousand machines well connected.
That encourages us to work harder to achieve the IoT world in China with our customers together. We are passionate and looking forward to have more
collaborative projects in the coming future in China.

Even though it comes to the end of year 2014, SAP’s initiatives and promotion on IoT/industry 4.0 will never end. Just like the continue growing of China manufacturing industry, we will continue work with our customers to call for more co-innovation ideas on IoT/industry 4.0.