The document is about one of the tool of Solution Manager7.1 i.e. CATEGOTOOL. The tool is not only use to maintain or Export/Import Multilevel Categorization Schema but also user can create the schema in his local language using this tool. The Multilevel Categorization Schema can be accessed through WEBUI(Transaction SM_CRM). The document will describe about what can be done using this tool.

Multilevel categorization is used in Incident Management and Change Request Management which enables to individually design the categorization of business transactions(e.g Incidents) on up to 10 levels. It integrates functions such as auto completion, item determination based on categories and search for related problems, knowledge articles and change requests.

This categorization schema can be maintained manually as described below or uploaded using the import function of transaction CATEGOTOOL.

The Transaction to open this tool is CATEGOTOOL 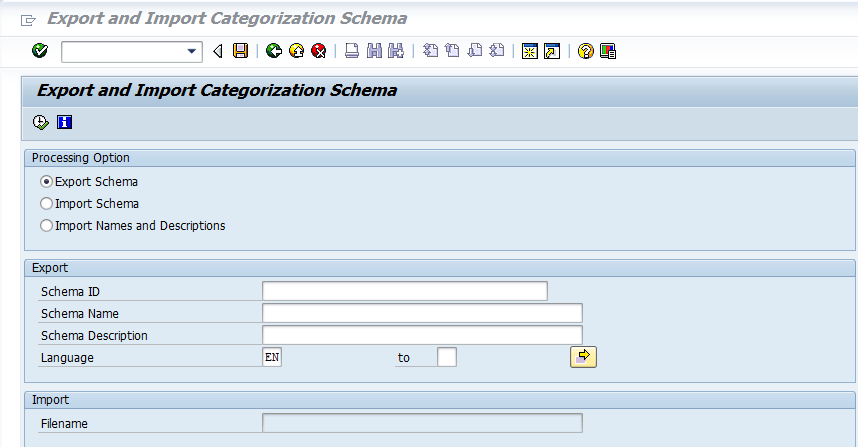 The Processing options in transaction CATEGOTOOL are: 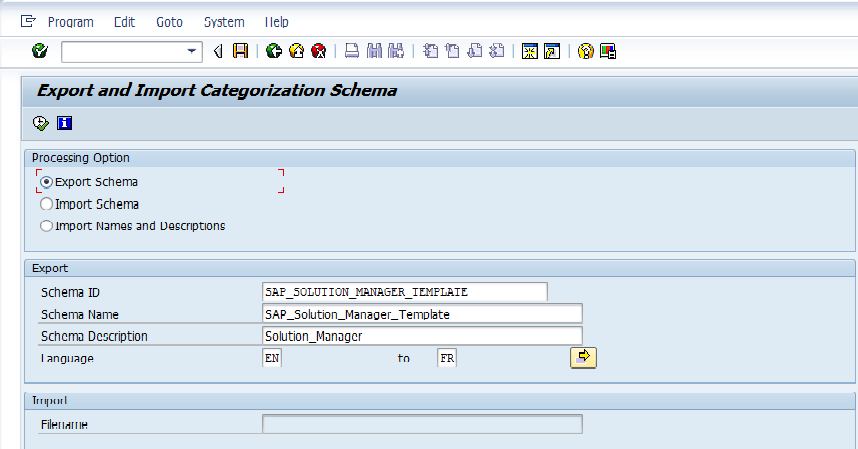 2.    Import Schema: You can import the new schema using this option.

There are two options for importing a schema.

Note: Do not forget to release the new schema version. 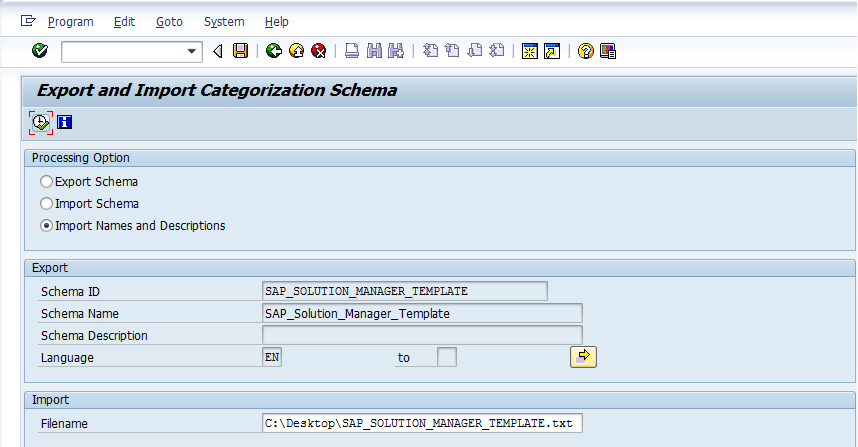 Apart from these features,there is one more feature that can be done using this tool.

We can also import same categorization schema in different languages. Schema defined in English won’t be visible when logged using German language. We can add as many translations of different languages as we want for the same schema.

This allows the user to see the schema in his local(logged in) language. 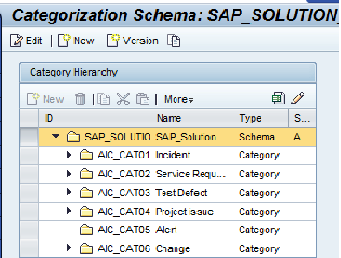 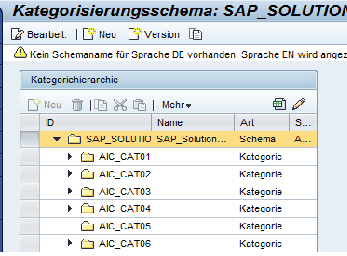 5. Now the text will be visible and in that language for the same categorization schema in WEBUI in which the user logged in (DE). In this way the user can see the schema in his local language.

There is much easier way to deal with the second language of categorization shema. Just log in on the WEB UI with selecting the new language, ex DE as in the example. Locate the schema same as in EN, open it for edit and edit directly there each category. It is easy as the technical name is the same and only the description needs to be added. For more precision you can open the EN version on other screen and keep working. 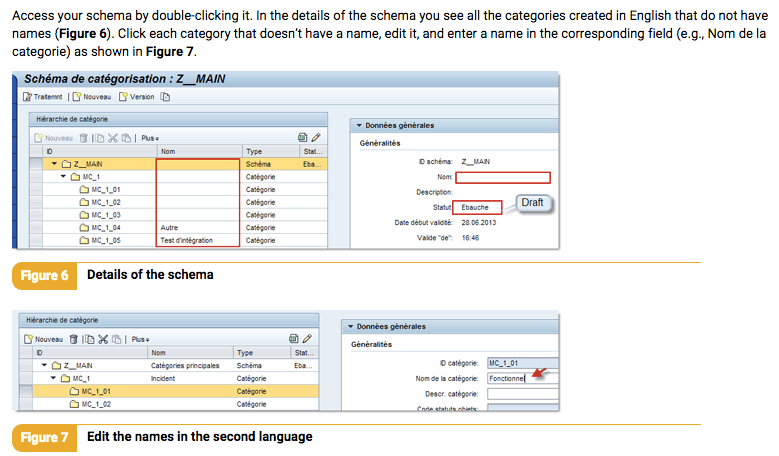 This also can be done but inspite of going on each category and edit the name better to go for CATEGOTOOL and change all the names together on notepad or excel.It will be more easier especially if you want it for more than one country.

This CATEGOTOOL works. But in our system, each category node is associated with subject code (combination of catalog, code group & code). When we export currently active schema, the subject code information is lost. Export file doesn't have this information.

Upon importing such a file, all category nodes are without subject code information.

Any idea how to get around this issue?

We have got the same issue.  Lost the subject code information.  Can you please let me know how did you resolve this in your system?  The subject code field is not even editable, when I go into the imported draft version.  Don't know what to do.

Please let me know how you got around this issue.

There are two caveats when you create a new categorization schema by importing a text file: