When the creaky door slammed shut behind me, I knew I was in trouble. 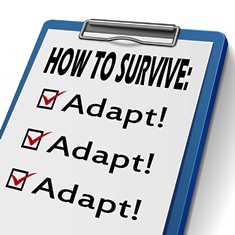 I was trapped in another ghastly chamber of horrors with no way out until I destroyed the evil beast before me, a disfigured monstrosity affectionately known as “Spider Lady.” She makes herself known by erupting unexpectedly from the floor in a spectacular crimson shower, screaming in a fit of rage.

Tapping my inner MacGuyver, I tip over a nearby can of gasoline and fire a round into its side as Spider Lady draws near. Gas can explodes, Spider Lady ignites, and with limited health and ammo, I quickly explore my surroundings for another edge against Spider Lady before she gives chase again.

The aforementioned sweaty palm scenario is one of many you’ll encounter in the controversial video game “The Evil Within.” For many, its controversy lies not in its graphic violence but in the “frustrating” gameplay. No doubt about it, players accustomed to a more seamless gaming experience will be sorely disappointed when they fire up “The Evil Within.” If you don’t adapt to the (sometimes nonsensical) rules of this terrifying world, you’ll become frustrated, and die. A lot.

Like many before me, I too almost gave up on “The Evil Within” at a very early stage. But it kept me thinking and I found myself asking the same questions over and over again. Why was it so difficult? Aren’t video games supposed be fun? Why would the creator, a legend in the industry, make an inferior game on purpose?

Then it hit me: Maybe I was playing the game wrong.

With renewed focus, I decided to give the game another try, this time taking a more patient, resourceful and stealthy approach. While the game didn’t necessarily become any easier, I am progressing, learning new techniques and having a good time adapting to the game’s surroundings as opposed to trying to play on my own terms.

Adapt or Die: Hackneyed or Immortal?

While the “adapt or die” mantra might be a bit, ahem, hackneyed it certainly captures the essence of “The Evil Within” and is a stark reminder of how to handle the disruption rapidly unfolding in the real world. Between the challenges of work/life balance and the rise of the contingent worker, to the Internet of Things and the Networked Economy, to name just a few, perhaps a dose of the immortal adapt or die methodology is in order?

We’re at the precipice of entering a new business era with a different set of rules; one that strives to simplify everything so we can do anything.