Which SAP Analytics Conference Should I Attend?

This week, I received a question from one of my friends on LinkedIn and thought I’d answer it here.

Hey Dallas! Happy New Year to you. Same old same old here. Working on standing up Lumira, Design Studio and looking forward to the successor to BI 4.1. So here is my question: I have been to ASUG SAP Analytics and BusinessObjects User Conference (SABOUC) a bunch (obviously that’s where I keep seeing you), but I have never been to the WIS Pubs BI conference (like BI2015 happening in March). My employer is letting me attend one conference this year. I am curious what your thoughts are on the BI2015 conference, vs. Sapphire or ASUG annual. I do need to start looking into the BW side too. Forgetting the fact that the BI2015 conference is in Vegas (nice plus), but I want your thoughts on the BI2015 vs the other conferences.

This is a great question. I started attending BusinessObjects events in 2005. My first was Insight 2005, which was sponsored by then-independent software vendor Business Objects. After SAP’s acquisition, Insight became GBN in 2007 and 2008 which lead to ASUG’s SAP BusinessObjects events (SABOUC). Over the years, I’ve also attended SAP SAPPHIRE/ASUG Annual Meeting and the SAP Insider BI conferences.The only event that I’ve missed is SAP TechEd. All of these events are worth attending, but there are nuances.

I attended BI2012 a few years ago and am speaking at BI2015 this year, along with several of my co-workers (my employer, EV Technologies, is sponsoring). My former manager Alan Mayer will also be at BI2015 and is known for leading really deep technical sessions. The conference is very similar in format to the ASUG BusinessObjects event that occurs later in the year. The SAP Insider sessions are 75 minutes instead of ASUG’s 50 minutes, so there’s an opportunity for more depth. It’s rare, but either event has the occasional clunker breakout session. Also, BI2015 is co-located with a HANA event (as well as SAP Administration and HR), which would address your BW needs. SAP Insider seems to attract a completely different crowd of users than ASUG, so you’ll end up with more diversity in your networking contacts.

SAP SAPPHIRE + ASUG Annual Conference is the DisneyWorld of SAP events. Like DisneyWorld, I tell people that they should at least go once in their lifetime. It’s targeted to business people, not technical people, although both attend. There is smaller amount of BI content here than at a pure analytics event.  I enjoy every opportunity I get to go SAPPHIRE, but mostly for meeting customers rather than learning new things. You’re a customer, not a consultant like me, so SAPPHIRE is a great event to expect your SAP account exec to wine you and dine you in high style.

The wild card is SAP TechEd/dCode, which is also in Vegas later in the year. My manager (and SAP Mentor) Greg Myers says its his favorite conference, but the BI content tends to be lighter, again compared to a pure analytics conference. I’ve never been, so I can’t give you a first-hand account (see related article, Always a SAP TechEd Bridesmaid...).

If you can only go to one event this year, I would suggest either BI2015 or TechEd, simply because you already know what to expect from the ASUG SABOUC event. However, a point in ASUG’s favor is that SAP will be talking about BI 4.2 later in the year, but you can generally get a lot of that content via ASUG webcasts.

In any case, these are all great events and you’re going to have a great experience whichever one you choose.

How do those compare? I can't even seem to find if there actually is a 2015 conference though...

Great question- I'm confused a bit myself. Hopefully somebody from SAP Insider will comment.

I believe Reporting and Analytics is largely the same as BI, just with a slightly different focus, although probably not entirely noticeable depending ont he personal agenda you build. At the end of the day, it's in your best interest to look at the actual session agenda before hitting "Register".

One other thing to note (and admittedly it's been a while since I've been to Insider) is that at the end of the day at BI 2015 you'll be left largely on your own (no concert, no hackathon, no party) which isn't necessarily a bad thing, but may help you break a tie between events.

Responding on behalf of SAP Insider here...  Reporting and Analytics Interactive will be in Vegas this fall (11/17 – 11/19).  The Reporting conference differs from BI in that it focuses specifically on the front end reporting tools and strategies. So if you want BW, BI 2015 is definitely the better event to attend.  Also, the format for the Reporting conference is more interactive than the BI program – including more hands-on labs, workshop style sessions, small group networking meetings, and opportunities to meet one-on-one with experts to get report performance issues solved.

BI 2015 is March 9-12 at the MGM Grand in Vegas, and does have the advantage of taking place alongside the HANA 2015 and Basis & SAP Administration 2015 conferences (registration at any of these admits you to all three).   The conference includes both functional and technical sessions; so draws both the business and techie folks, which many find a nice experience.  And if you’re into basketball…. March Madness in Vegas is always a fun time!

Happy to answer any more questions.

In most cases, I have been a Volunteer (or a Speaker) in some Capacity - so I don't really have a first-hand account of Planning, Budgeting and Attending as a "Regular" Delegate...which probably colours my opinions somewhat.

I think my first comment would be that SIZE-MATTERS...but not in the way you would expect... 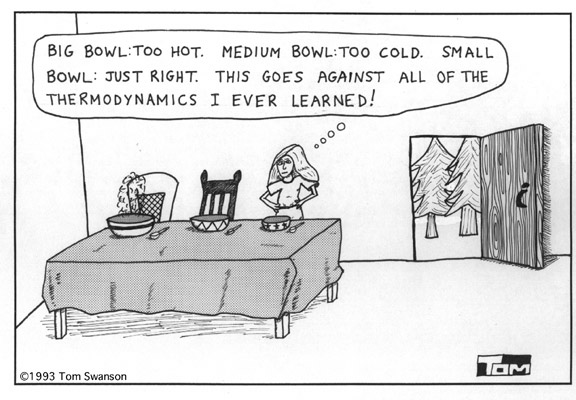 If you want "Bang-for-Your-Buck" most people need to find the Conference that is manageable in Scope and best directed at your area of focus/responsibility.

SAPPHIRE and ASUG Annual Conference is a MASSIVE 20,000+ person event...and really tries to cover everything that SAP Customers do with the entire tool-set over 2 or 3 days. I don't think that it should ever be anyone's FIRST conference experience.  It will be like "drinking from a fire-hose"...and you will probably spend most of the time trying to find the room or session you are hoping to attend. Also, the SAP Analytics content is just one TRACK among Hundreds of Sessions - and will mostly focus on customers that have SAP ECC or BW back-end systems for feeding their Business Objects platforms.

SAP TechEd and D-Code is smaller - 5,000 person event, so is easier to navigate. The content is more Technical and the Sessions are longer (*If you have a FULL pass) - but Focus is still mostly on customers that have SAP ECC or BW back-end systems for feeding their Business Objects platforms.

SABOUC (*approx. 1,200 person) and the IBIS (*approx. 500 person) events - are Smaller, but have much more content that is Data AGNOSTIC - and are focused on customers that might have data-bases that are not only SAP ECC or BW back-end.

I have never been to one of the SAP INSIDER conferences, as they fall on the Calendar at times that usually conflict with other Events (or Customer Busy-Periods)...so I have ZERO first-hand details to share.

My advice would be to try to one of the smaller-conferences first, and where possible attend with a co-worker so that you can SPLIT the sessions when things that are valuable to your Company are Double-Booked.

Also, pick you Conference based on your answer to "Do we Report mostly against SAP ECC or BW back-end Data..?" - and "How Technical do I want to get..?" questions.

Finally, always see what Analytics content is being offered at your closest ASUG Chapter Meeting - or stand-alone Business Objects User Group meetings. They are good places to "get your feet wet" at a small-local Conference before making a major Commitment to Fees, Travel and Time.

Dallas, the title should be "What SAP Analytic Conferences should I attend in the US" 🙂 As actually the choice is bigger if you look worldwide: noticeably with user group conferences in other countries and other independent SAP Analytics conferences, like eg German-speaking BOAK from IT-Logix, or  Eventful's "Mastering SAP" ones: Mastering SAP Business Analytics

I started going to TechEd in 2007, and later SAPInsider's and ASUG's as well (funny though, I have never attended Mastering SAP yet). The easiest way to get there for me was ... to become a speaker. Then it was easier to get trip covered as well. I liked to cover broader spectrum, because SAP's TechEd was covering mostly what's new, while non-SAP conferences were covering independent views on best practices on existing investments.

I wondered if anyone would notice the North American perspective, and your point is valid. Perhaps others will be inspired to write their own SCN articles to demystify analytic conference options in other geographies like Asia and Europe.