As described in the master document of this blog post series, after we created the initial version of the report, modified it, enhanced the DataSets and combined multiple visualizations, we’ll proceed further with providing filtering capabilities.

Our next extension of the report will provide some filtering capabilities.

Filtering based on Business Role

Filtering based on Country

Create filtering based on existing dimension

The first filter that we’ll introduce will be based on Business Role. We already have a dimension that represents the Business Role, and we should proceed as follows.

We need to open the Compose tab of SAP Lumira Desktop.

Select the Input controls and visualize all possible controls.

Via drag-and-drop put the “Role Display Name” next to the other visualizations.

We could publish the modified report to the Cloud and select some of the Business Roles from the filtering section. As a result, the 3 graphics will be refreshed and their content will be displayed according to the filtering.

Create filter based on calculated dimension

The other filter (based on country) could not be added that way as the geo hierarchy dimensions are not displayed. To enable that filtering, we’ll do the following:

Set the dimension name to “Country Name” and in the formula enter {Country} or just double click on the Country dimension.

Open again Compose tab and we should be able to see the newly added calculated dimension.

Drag and drop “Country Name” dimension above the other filter.

Now we could combine both filters e.g. all employees from Bulgaria, Check Republic and Norway that have Employee role assigned to them 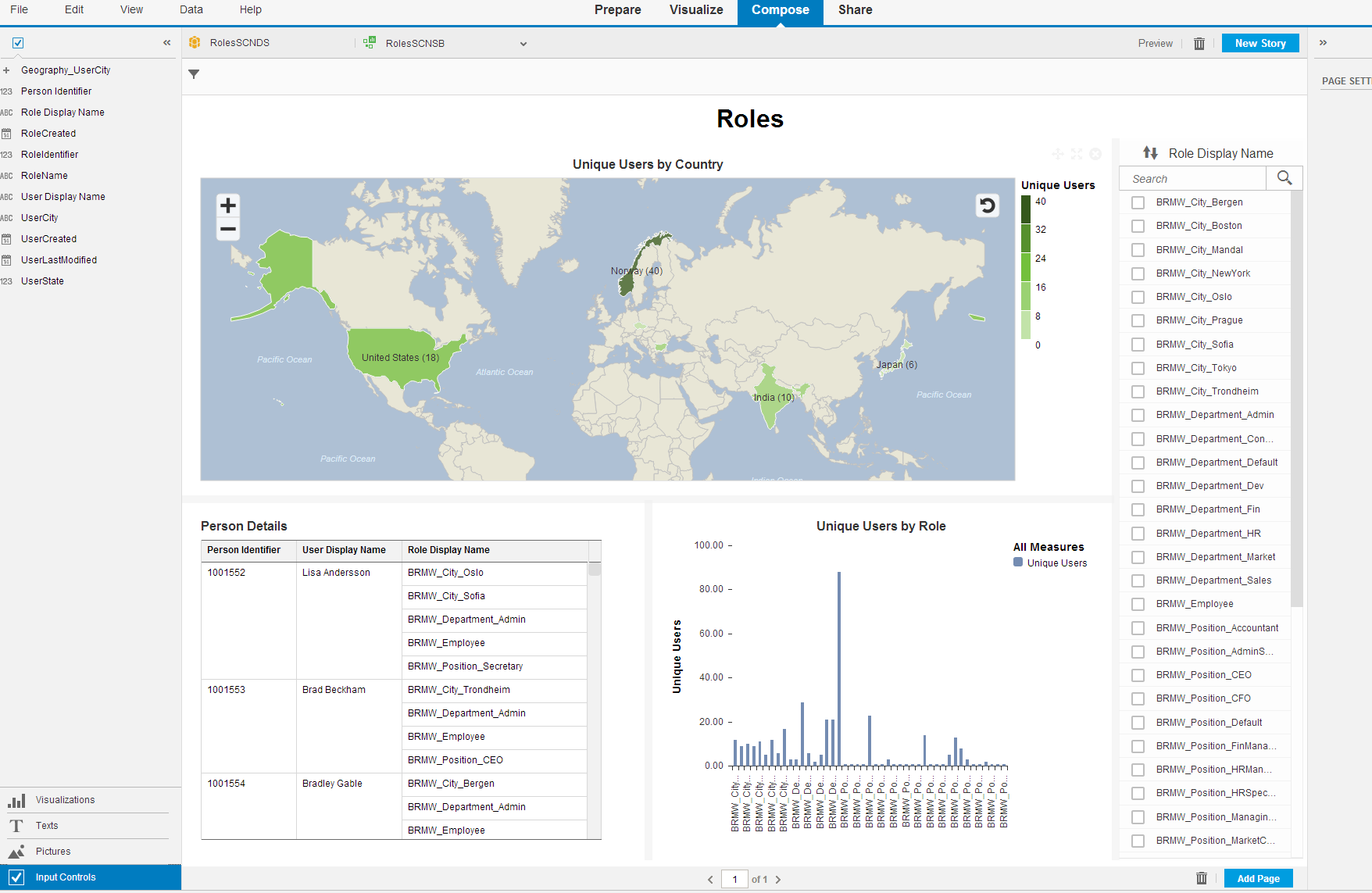 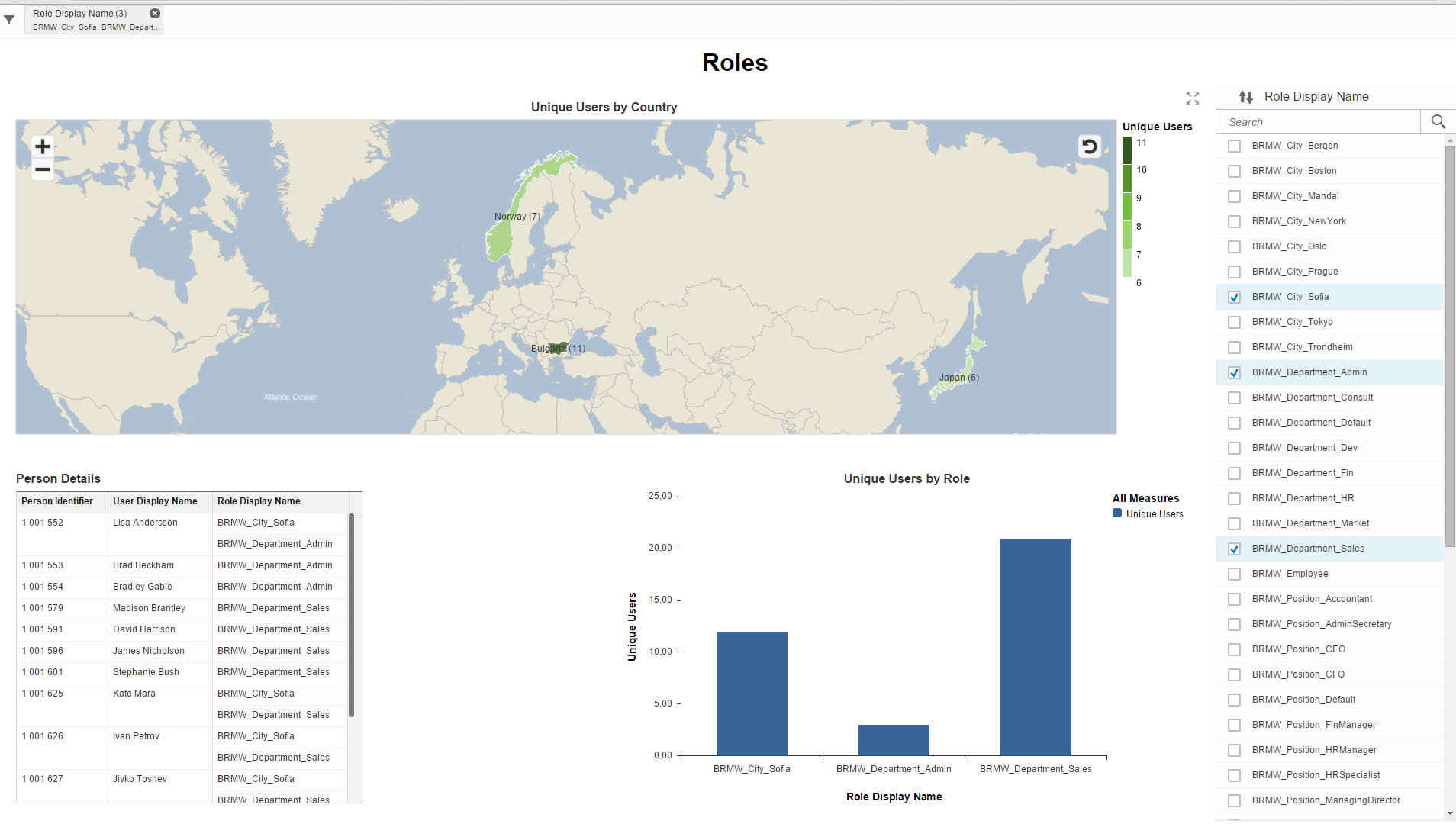 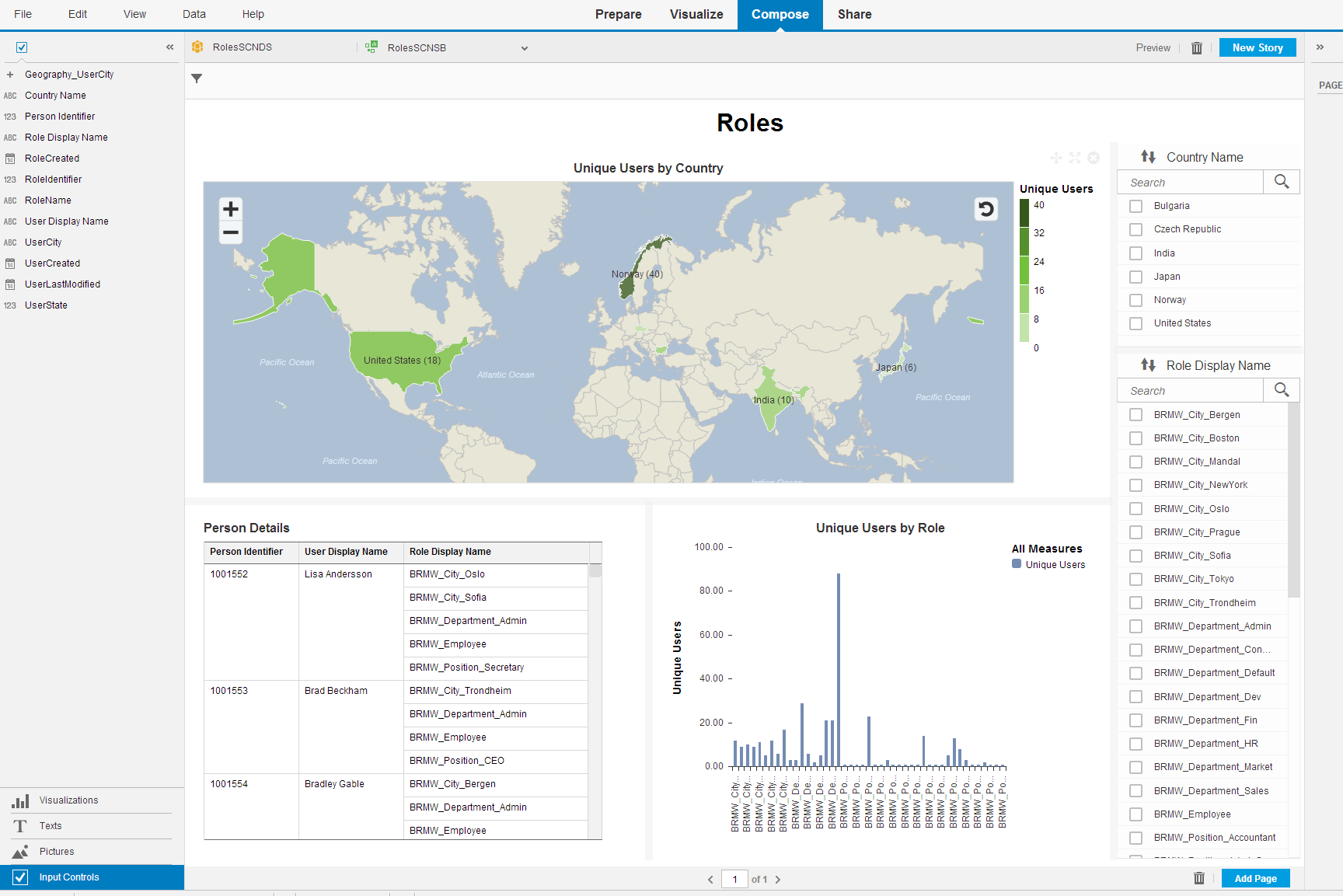 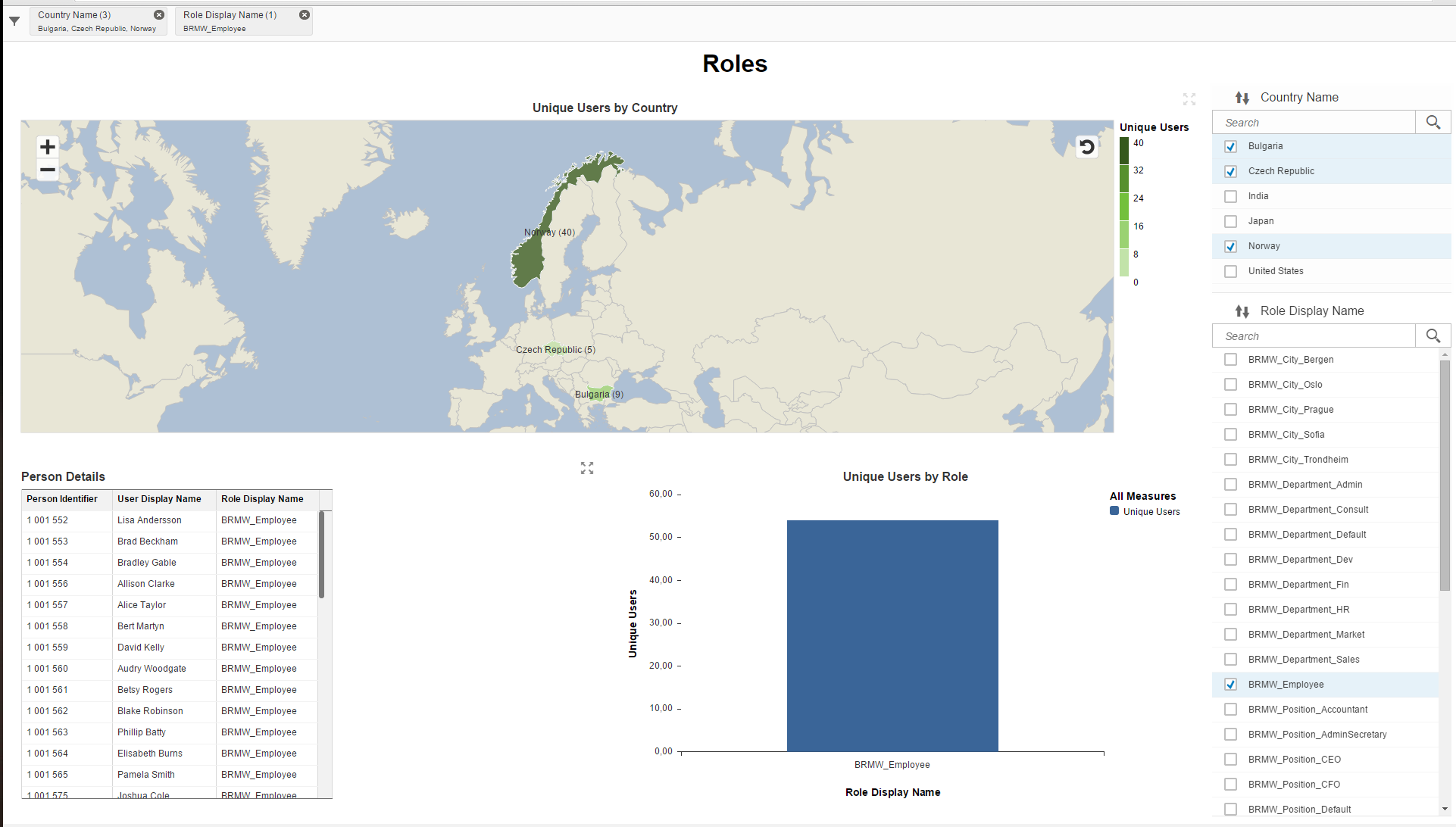