As described in the master document of this blog post series, after we created the initial version of the report, modified it and enhanced the DataSets, we’ll proceed further with combining several visualizations in one Story Board.

After adding an additional column to the table, we should create a new visualization that we’ll show on our report together with the first table. The second visualization will be of type Column Chart that will display the number of users for a specific business role.

Navigate back to Visualize tab and create new visualization via the “+”. The second visualization should be of type “Column Chart”.

From the “Person Identifier” dimension create a new measure.

For the newly created measure, change the aggregation to “Count (Distinct)” and change the name to “Unique Users”.

Use this measure as Y Axis and change the name of the chart to “Unique Users by Role”.

Jump to Compose tab and via drag-and-drop place the new Column Chart visualization next to the table with user details.

Save the document and republish the Story Board.

Now the reports should contain two graphics and should look like this:

As we mentioned in the master document of this blog post series, the company is international, so we would like to extend the report with details that cover that aspect – number of users per country. For this extension we’ll use some of the capabilities that SAP Lumira provide out of the box.

Go to Prepare tab in SAP Lumira Desktop and make sure that RolesSCNDS is opened.

From the “UserCity” dimension, create new geographic hierarchy by names.

In the Geographical Data window, set the City to be “UserCity” and confirm.

As one of the cities in our case exists in several countries, we need to manually specify which the right one is. We’ll set it to Norway.

After the operation is complete, few more Dimensions will appear in the prepare tab.

Use the “Country” attribute from the newly created “Geography_UserCity” dimension as geography criteria and “Unique Users” measure.

From the settings, activate Data Labels.

Navigate to Compose tab and via drag-and-drop add the new visualization to the report.

After you save and publish the Story Board, you’ll be able to access the extended version of the report via the sharing URL.

As we are ready with the new visualizations, we could proceed further to the next step and provide filtering capabilities. 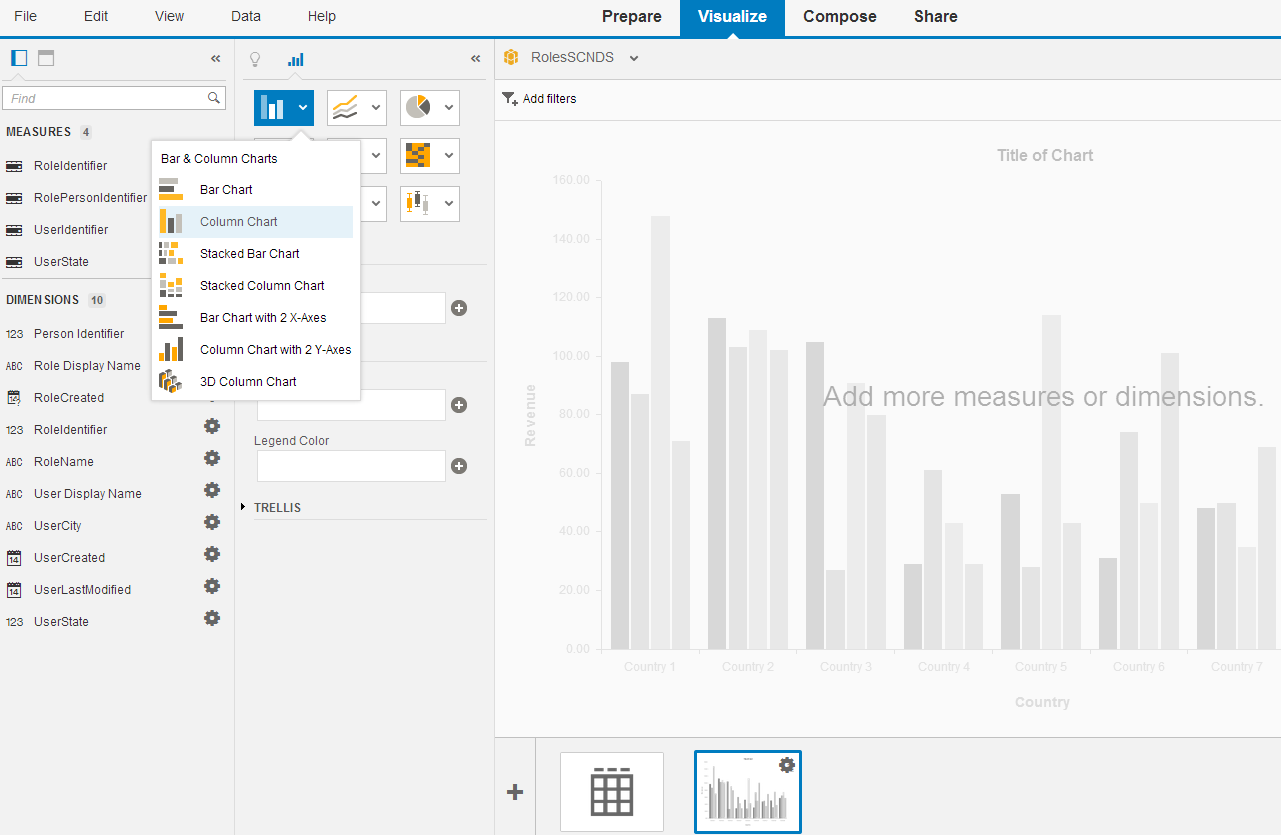 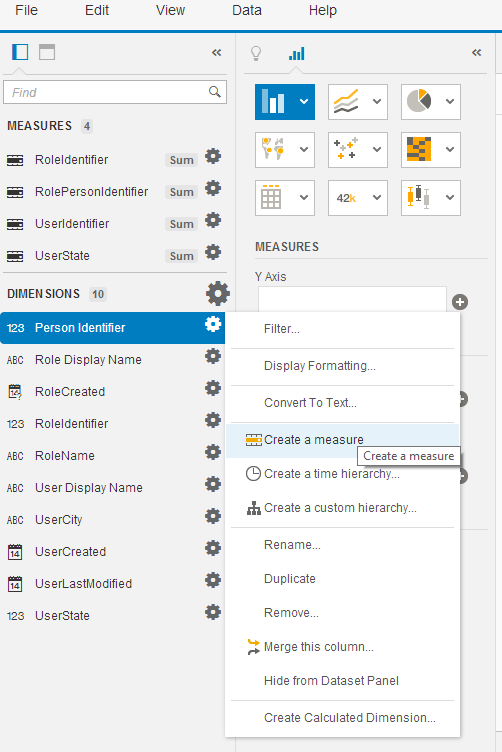 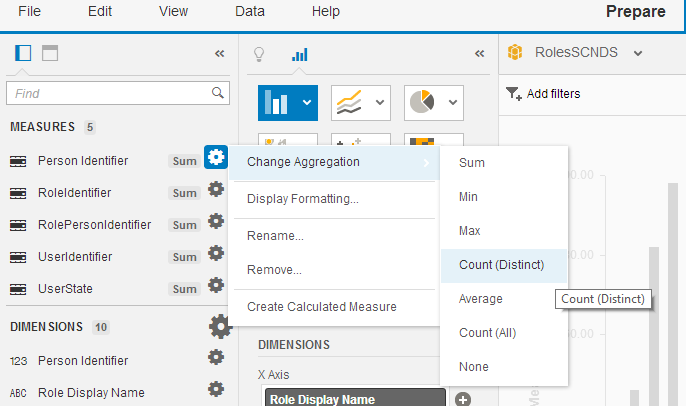 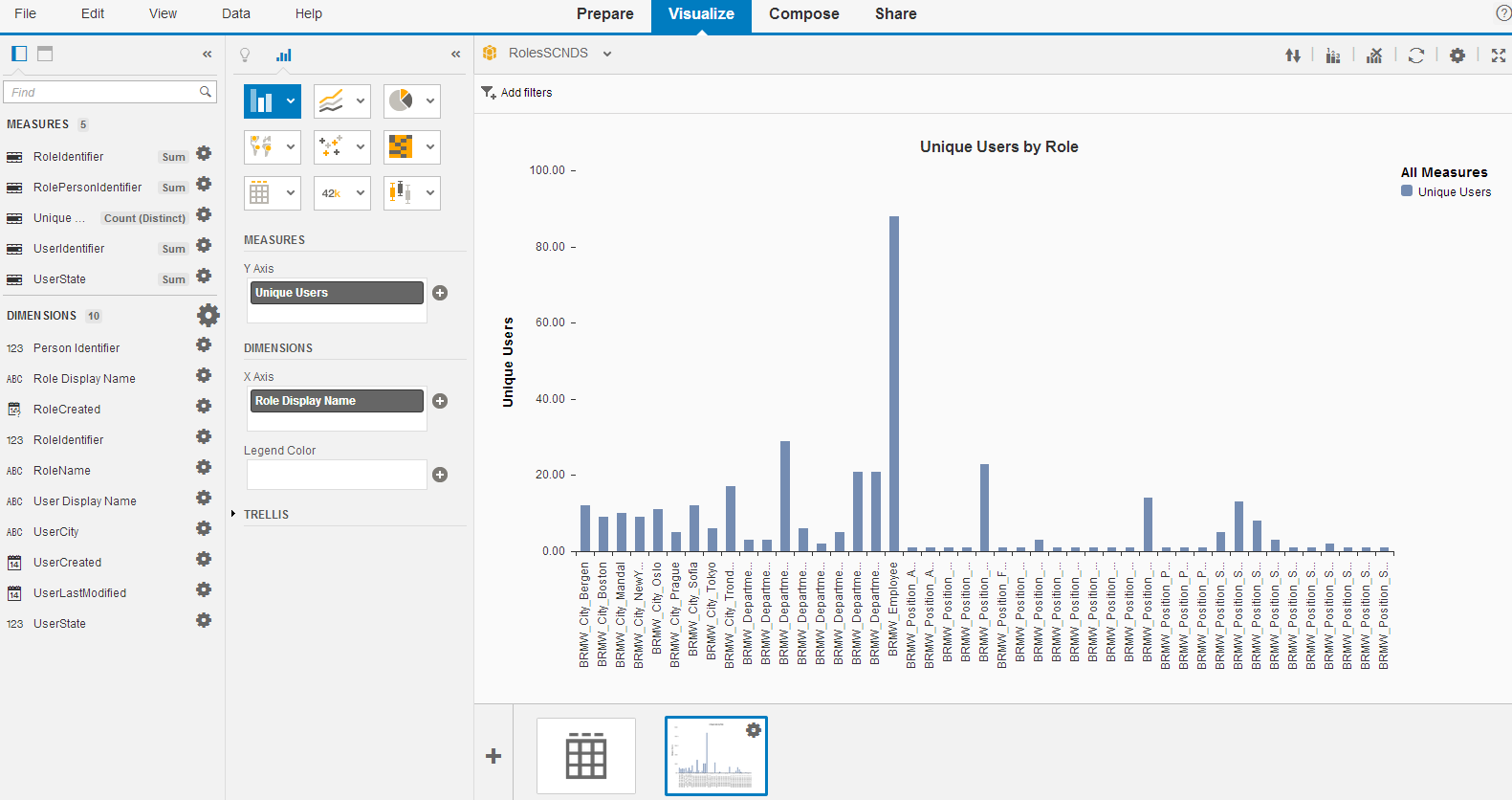 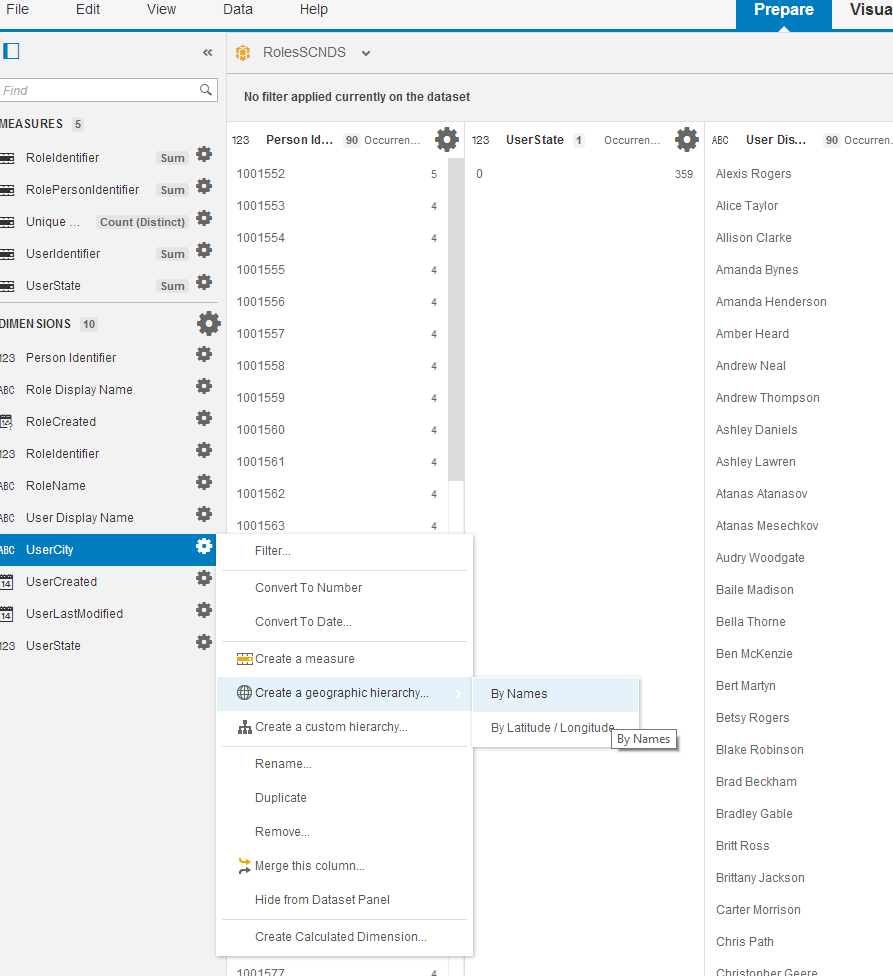 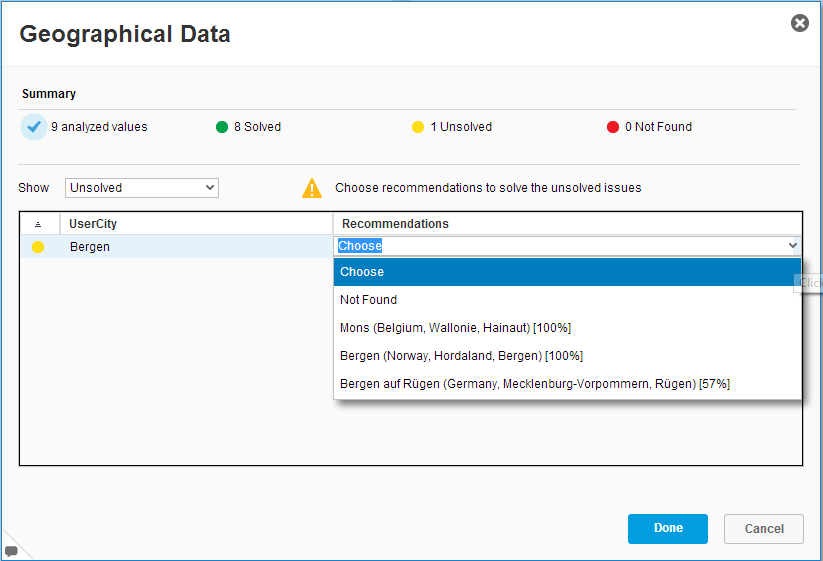 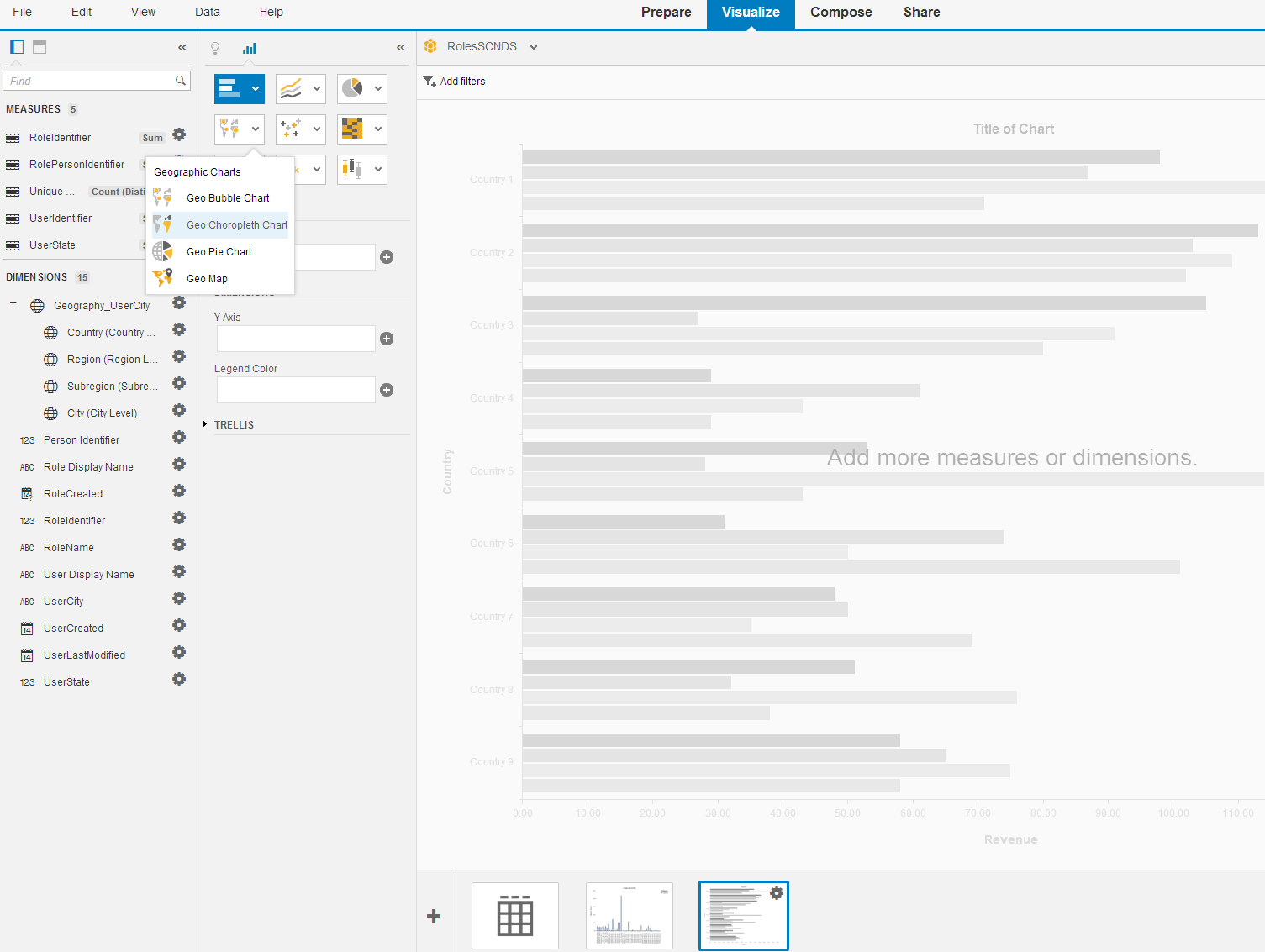 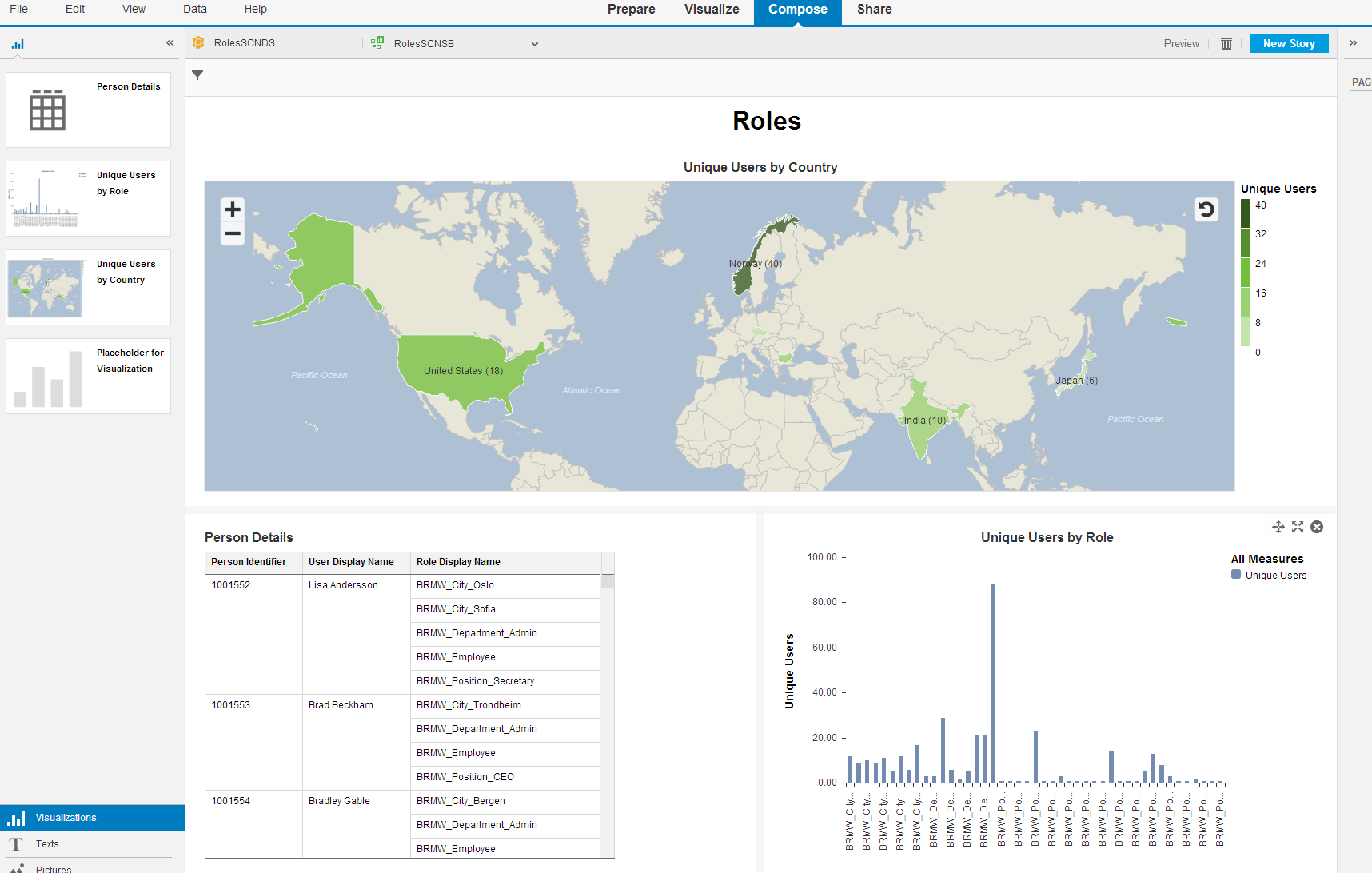 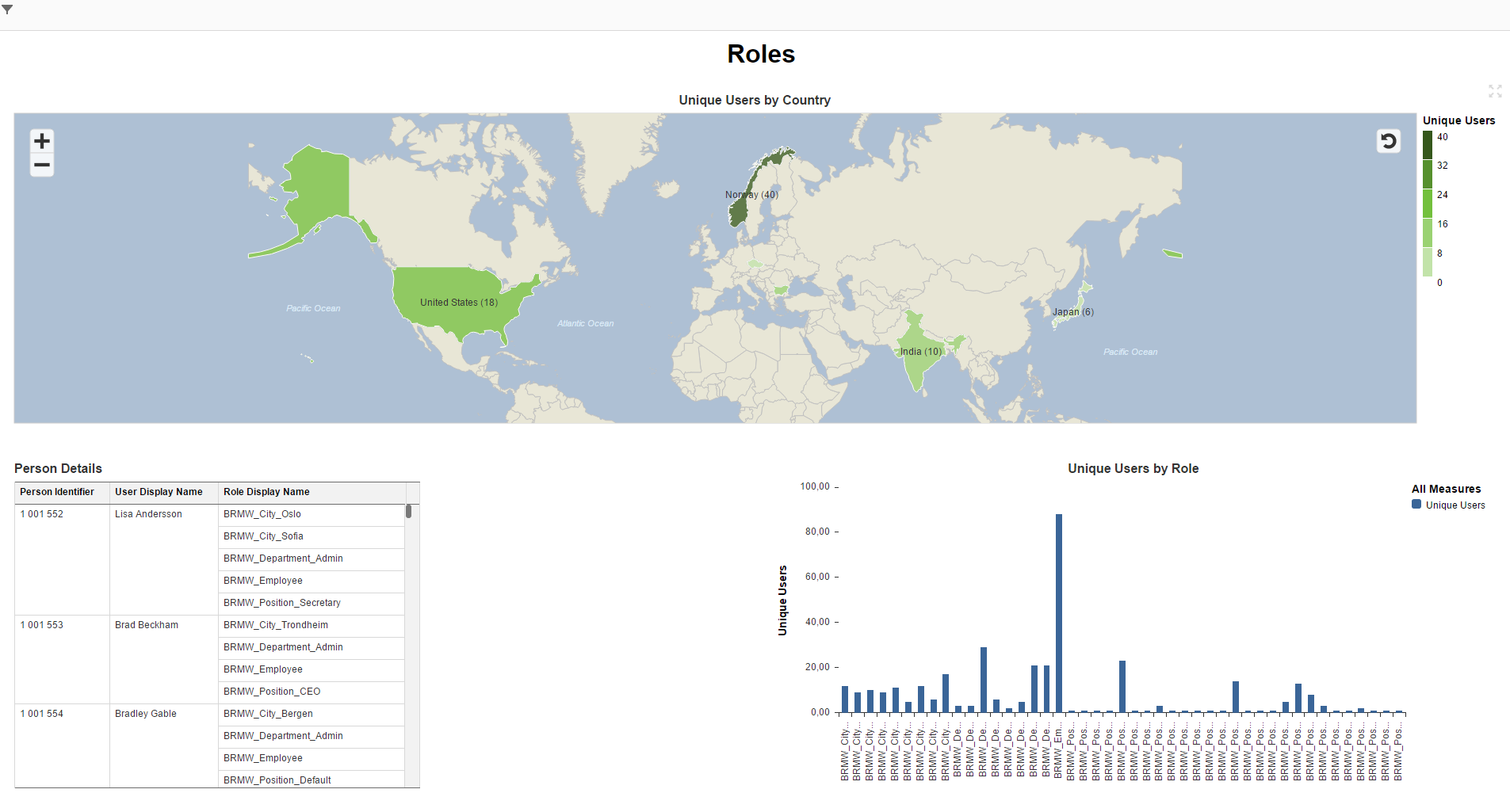