As described in the master document of this blog post series, after we created the initial version of the report, we’ll proceed further with modification of that report.

The report that was created contains just few attributes and later on we’ll see how that details could be extended. Now we’ll take a look at how the report could be modified.

We can start modifying the table visualization by changing its title.

To do that, we need to open the Visualize tab in the SAP Lumira Desktop.

Double click the title of the table to open it for editing and specify the new name e. g. “Person Details”.

We could also rename the table columns as the current names are inherited from the Dimension names. To modify the column names, we need to change the dimension names.

From the context menu of “RolePersonIdentifier” dimension, select “Rename…” and specify the new dimension name. In our case let’s name it “Person Identifier”.

Repeat that procedure for “RoleDisplayName” and set the new name to “Role Display Name”.

Now we could save the changes of the document and republish the Story Board to SAP Lumira Cloud. We’ll be asked to confirm the overwrite, as the content is already published to the cloud. As a result of this, the report is updated and if we use the sharing URL that we defined earlier, the new visualization will be displayed as follows:

As we are ready with the modifications, we could proceed further to the next step and combine information from several DataSets. 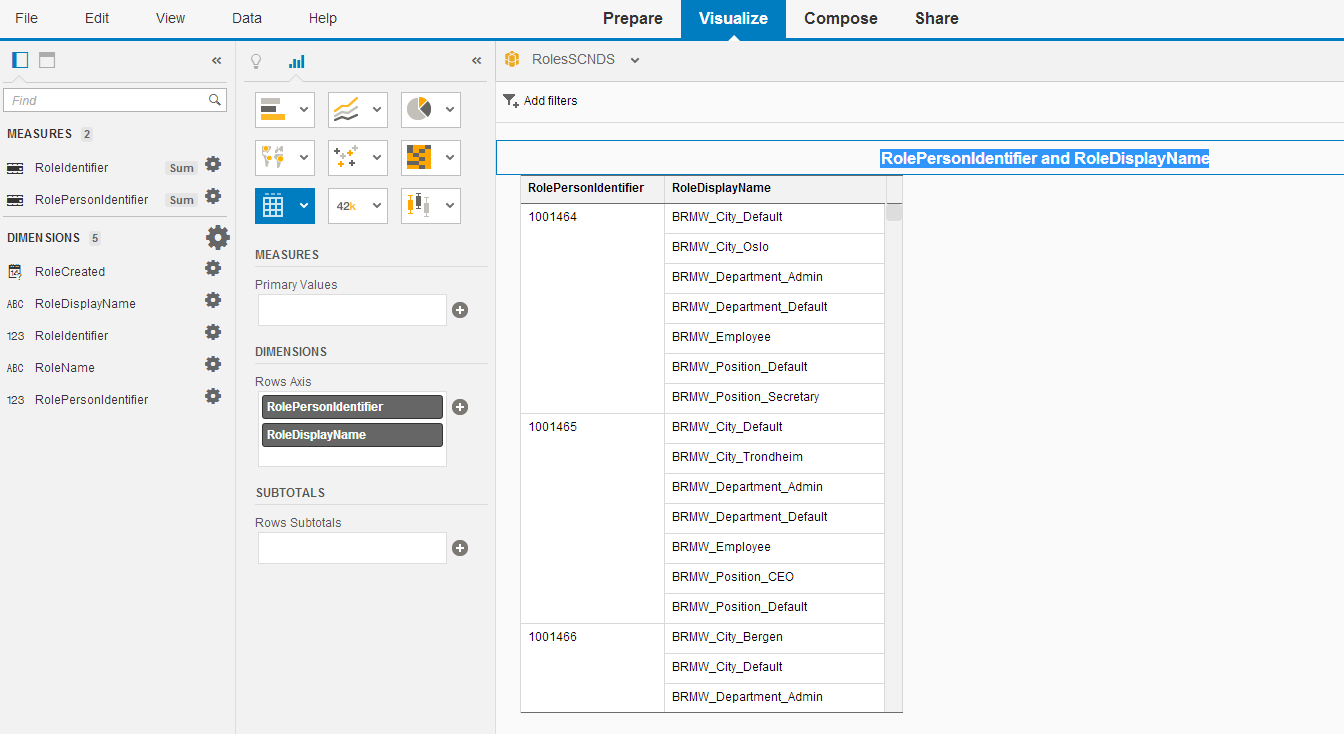 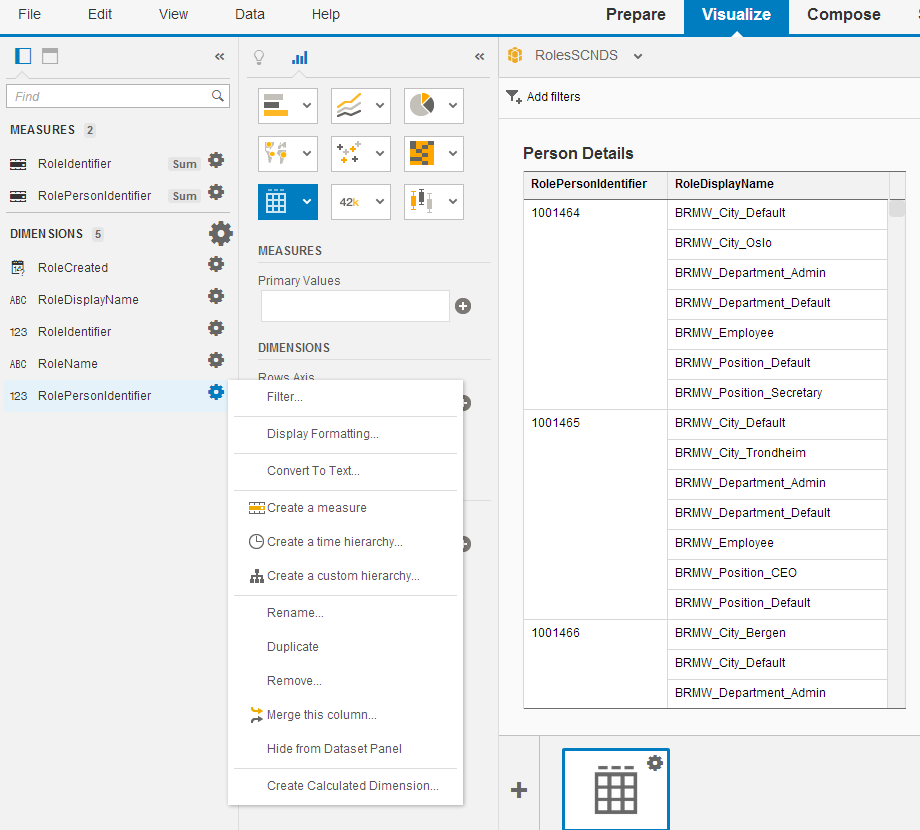 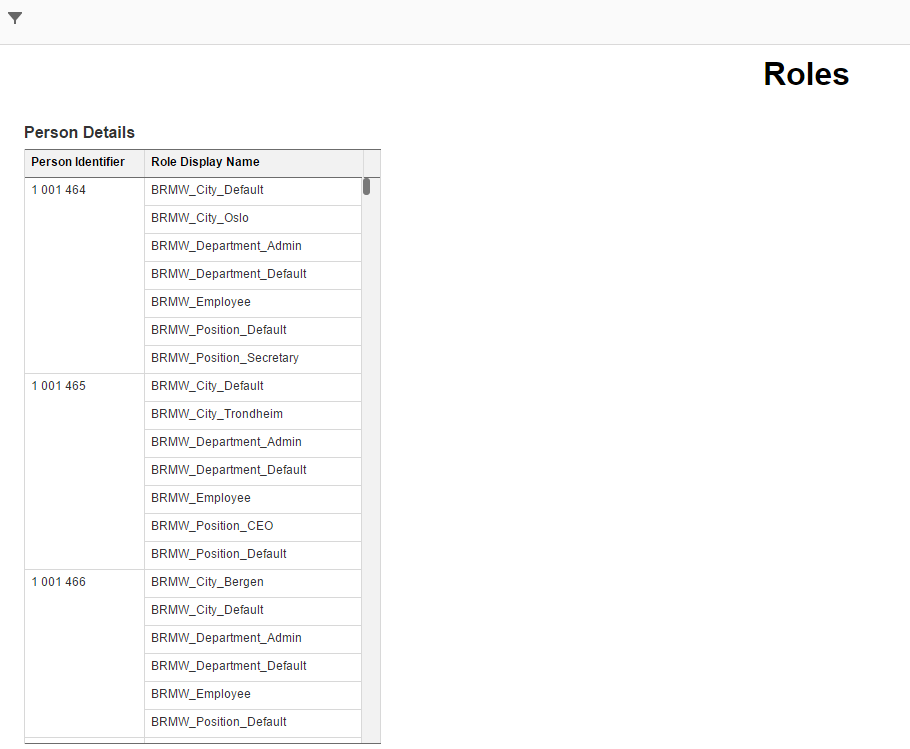