This blog tries to provide an overview about how HANA Multitenant Database Container (MDC) is used in a Scale-out scenario.

Given a five node Scale-out system:

In this Scale-out system there are three potential masternodes:

So from the perspective of the client application the userstore, which contains the connectivity data to the database, needs to have these three hosts to make sure it always gets a connect to a master node. So the userstore has to look like this:

If the Scale-out system is using Multitenant Database Containers the failover concept is still the same. That means if a master host fails another host takes over. During fail over the services are moved from the failing node to the node which is taking over.

In the above system three tenants were created:

This the overview about all tenants in that database.

Installation of the SAP systems

During installation of the three SAP systems the following entries were made on the database dialog:

….JdbcConnection | Instance is a multitenant database.

The software provisioning manager recognizes that the instance is using MDC and brings up the dialog to enter the data for the System Database:

The same is for the other SAP systems:

For the SAP JAVA server the connectURL also contains the database tenant name. In this case it is:

Unfortunately this only works as long as node ld9968 is available and hosts the system database which does the redirection to the tenant.

There should be a solution for this soon.

After the installation the hdbuserstore for the ERP and the BW system look like the following scrennshots.

In case of MDC unfortunately the current software provisioning manager only puts the first node into the hdbuserstore.
That means to have all relevant hosts in the userstore a manual adaption has to be made which is quite simple.

Logon as sidadm on the application host and run the command:

That means the userstore contains the initial host of the tenant plus the potential masterhosts of the Scale-out system.

To simulate the failover we simply shutdown the instance.

Again the complete overview of the system:

Once the failover is complete:

The SAP system is still able to connect. The details can be checked in file trans.log. 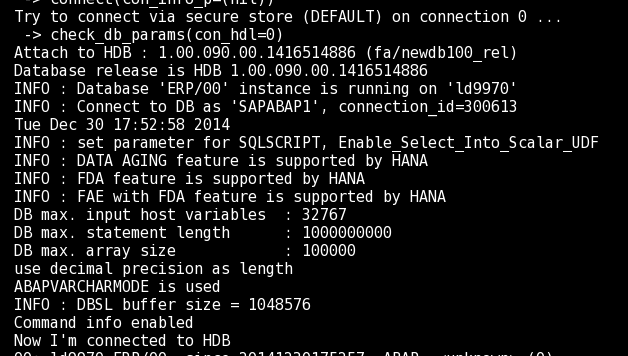 After bringing the failing node back up it becomes the new standby node. To get to the initial layout a complete restart of the system is necessary.

During the system restart you might recognize that the indexserver services on ld9970 still exist:

Due to this the system might not come up completely: To get around this simply restart the instance on node ld9970:

Once the instance is started the indexserver srvices are gone and the system should be green: 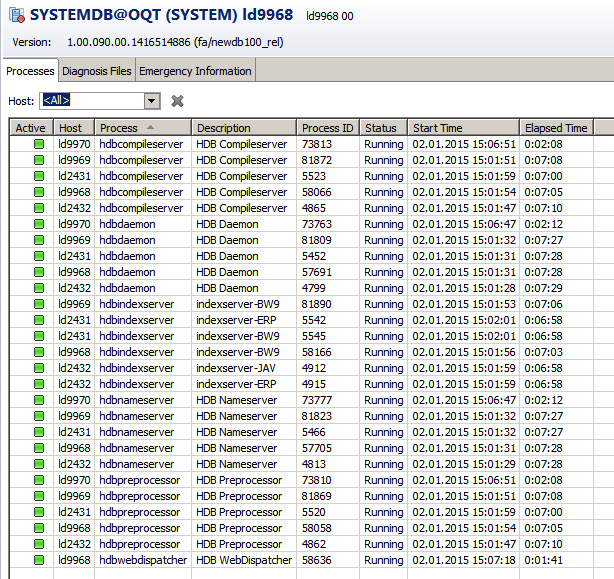 I am just implementing MDC with High Isolation on a Scale-Out Hana, this blog has answered a lot of my questions which weren't 100% explained in the doco.

For everybody, this is the link to the MDC Admin Guide SP11:

p.s. we are paying particular attention to the Tenant DB Ports, and designing a regime of unique Tenant DB Ports across all Hana Systems at each layer of the landscape, to enable everything to be prepared for future Tenant Mobility and avoid Port conflicts when moving a Tenant from one Hana system to another one day whenever that will be possible

Thanks alot for writing this blog. Very informative.