With the Internet of Things (IoT) invading this year’s Consumer Electronics Show, it’s not hard to see how millions – maybe even trillions – of connected devices will soon help the world run simple.  But as I mentioned in a prior post, a never before seen infrastructure must be able to accommodate the massive volumes of data – and a staggering $65 trillion in global trade – IoT is expected to generate. So as the world becomes more connected, how will businesses around the globe utilize and manage the unprecedented amount data that will soon be at their fingertips? 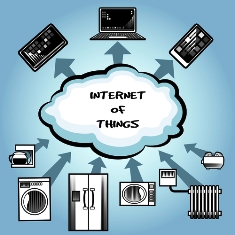 It’s a conundrum that many experts weighed in on during a recent SAP Radio broadcast, “At The Intersection of Big Data and the Internet of Things.”

On the right track

David Stevenson, principal of Stevenson Strategies, is excited to cross the Big Data/IoT intersection and cites a powerful example that brings together history and the future of IoT: the Union Pacific Railroad. With trains that can stretch two miles long, one of the railroad’s big concerns is derailment from bearings that overheat and catch fire. Union Pacific placed sensors every 20 miles, along the track bed, in order to conduct infrared inspections of the bearings.

“They create massive amounts of data every single day,” said Stevenson. “It has reduced their unplanned outages and now they do one of my favorite things, predictive maintenance rather than simply reacting in a crisis.”

David Jonker, Senior Director of Big Data Initiatives at SAP believes it’s ok to have utopian visions of what IoT can bring forth but we shouldn’t be naive about it either.

Ira Berk, VP Solutions Go-To-Market, SAP spends a lot of time speaking to customers around the world and has noticed how IoT permeates nearly every discussion, presentation and conversation.

“We spend so much time speaking with different customers and it doesn’t matter what industry; this topic is utterly pervasive its making everybody take a step back and think about the products and services they are offering and the roadmaps for the future,” said Berk. “It is reframing and reshaping everything.”

Stevenson agrees with Berk and believes in order to really exploit the full potential of the IoT, it will require a whole new way of thinking, about various business issues, what he likens to a situation of collective blindness.

“With the internet of things, we are lifting that collective blindness,” said Stevenson.

GE, for instance, has a plant that makes high end batteries for cell towers, with 10,000 sensors on the assembly line, as well as sensors in the individual batteries.

“It allows the manager of the plant to walk around and actually fine tune things on a real-time basis,” said Stevenson. “We haven’t had that real-time information in the past and that is a dramatic change and we need to change the way we think in order to fully exploit it.”

To learn more about the intersection of IoT and Big Data, listen to this SAP Radio broadcast in its entirety here.