The Rise to Incompetence

Sam is a director in the IT department at a regional bank. He joined the organization 8 years ago as a software developer fresh out of school and has been quickly recognized as a brilliant software engineer after he took initiative to fix some of the bank’s most troubled projects. Over the years, Sam rapidly rose through the organization. First as a manager of the software development team with six direct reports and more recently, managing the entire infrastructure and applications division with 4 managers reporting to him, responsible for 130 employees, which include software engineers, network architects, testers and project mangers. Sounds like a success story, right? Not exactly.

You see, last week Sam found himself sitting across from his manager and the VP of HR. Sam was let go. While he had stellar technical skills and abilities as an individual contributor, he really fell short with many aspects of managing a much greater scope.

The feedback from the managers of the network engineers, project managers and testers has been mostly negative. Commonly, they claimed that Sam didn’t understand the business, yet he was acting as a micro-manager, often detailing out exact tasks for the teams that were under his managers’ supervision. While Sam understood how the engineers work, he often tried to force the same practices on the network architects, testers and project managers. He hardly took any advice and often undermined his managers and employees at meetings. He preferred to delegate precisely what needs to be done, even in areas where he wasn’t confident that he knew the right answer. Given his technical prowess, Sam had a passion for being hands-on and involved and assumed that he had a strong plan to get the division to transform. In Sam’s eyes, he saw his actions in a positive light – as if he was actually helping his team and coaching them.

In reality, Sam wasn’t actually the victim of his own actions. He was simply put through a system where the reward for doing great work, is recognized with more work and responsibility. The cultural norms that have been established in society over-values big titles and seeks the fastest path to rise to the top.

Unfortunately, many newly promoted individuals often find themselves in Sam’s position. Over-extended with their performance suffering as a result. This can happen when you are promoted for a position based on your performance in your current role rather your on abilities relevant to the intended role. This is where eventually you can reach a job where you are unable to perfor 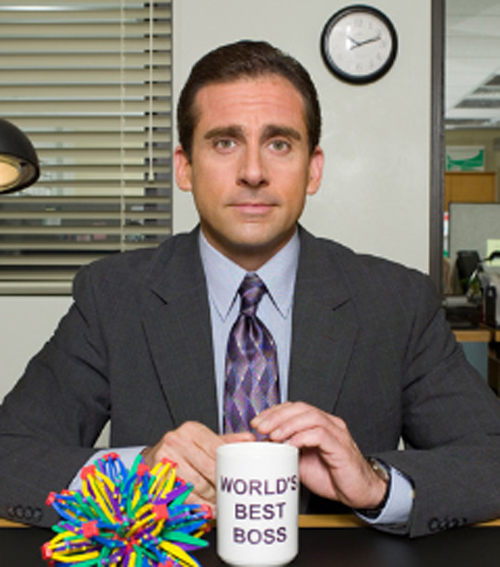 m well, at which point you will no longer be promoted and will remain in that position indefinitely (or in a worse case scenario, end up fired like Sam).

This notion is called the Peter Principle. A term coined by Laurence J. Peter who authored the humorous 1969 book The Peter Principle: Why Things Always Go Wrong. Peter outlines the cycle that gets people promoted based on their current performance, inevitably some day reaching a job where they are unable to perform well.

As a result of the Peter Principle, many of those promoted can end up feeling alone and making incorrect decisions, because they just don’t know any better. As the pressure to perform mounts, they stifle the people in their group so that none of them can become a threat. They temporize and procrastinate because they lack confidence. They are unhappy in the job. The company is unhappy with their performance. Yet neither knows what to do to fix the situation. The net effect is that managers rise to their level of incompetence, and that’s not good for anyone. Not for the company, not for the subordinates of that manager and definitely not for them manager themselves.

Peter suggests that eventually almost every management position tends to be occupied by an employee who is not qualified to carry out its duties and that the real work is actually accomplished by those employees who have not yet reached their level of incompetence. He noted that their incompetence may be a result of the skills required being different rather than more difficult. This means that given enough time and enough promotion levels, every position in a company will be occupied by someone who can’t do the job (sounds scary, doesn’t it?). In Sam’s case, an excellent engineer may find that he or she made a poor manager due to a limitation of the interpersonal skills required by a manager to effectively lead a team.

The Peter Principle is not alone in outlining this gap. It is no wonder that Scott Adams’ Dilbert comic strips are so frequently shared across corporate emails to shed a good laugh on organizational incompetency. We connect so well to folks such as America’s favorite incompetent boss, Michael Scott, who stars in NBC’s The Office because we each know a Michael Scott of our own in the workplace (well maybe not to that dramatic extreme).

So what can you do to prevent the Peter Principle and really prepare yourself for success in the next step?

Lateral transfers are becoming more common, and more acceptable. Employees are allowed, and in some companies, highly encouraged, to move between departments or take a job rotation in completely new areas. This can be a good move if you have the opportunity as you’ll gain a broader base of knowledge and becomes more valuable to the company.

In 2004, when chief executive Jean-Pierre Garnier announced that he would be existing in three years, pharmaceutical giant GlaxoSmithKline assigned a year-long CEO-level project to each of the three finalists. The projects all touched on areas of great strategic concern to the company, and the directors required each of the candidates to report their appraisals and plans to the board. If you have an opportunity to take on a project that prepares you for the next level, jump on it.

A promotion is always a great thing, but how often do people decline them because they don’t fit your desires? If the new position would draw you away from your core strengths, then perhaps you should reconsider. If you feel that you have what it takes to be successful, go for it. If you get the feeling that you have a significant gap or expectations of success are unclear, think twice.

The Peter Principle is a symptom of a culture that over-values titles and under-values being happy and connected to the work you’re best at. That culture drives us away from the roles in which we’d thrive all for the promise of a better-looking business card. We’re subtly influenced to believe that more responsibility, bigger offices, and better sounding titles are always better. We know that the truth is much farther then that.