I was excited to see a number of star names in the list of 2014 Superstar Winners in HRO Today Magazine. HRO Today is a producer of HR content for senior-level HR decision makers, reaching over 100,000 individuals. Among the many winners listed on pages 16 to 30 of HRO Today Magazine’s December 2014 edition is SAP’s very own Mike Ettling, President: HR Line of Business, who is listed in the Technology section on page 28. 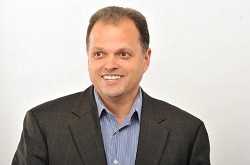 Having met with Mike on several occasions during 2014 and spoken with him at length about his vision for SAP, HR technology, and customer transformation (including this recent Q&A) I was not particularly surprised to see him included. In addition to an abundance of ideas and planned strategic initiatives, Mike has a proven record of leadership in the HR technology space and he has already instigated and overseen a number of big changes in SAP’s cloud and on-premise HR strategy, messaging, and partner enablement. It should be noted that a number of changes have occurred behind the scenes in order to create a foundation for SAP to continue their growth as a cloud HR leader, while continuing to maintain and enhance their on-premise offerings.

In the coming year I have no doubt that Ettling’s hard work to-date will become more prevalent to the industry, SAP’s partners, and their customers. I am sure that with several months under his belt in 2014 and with a strong appetite for transformation there is only going to be further achievements coming his way.